In crisis: desertification threatens a way of life in the Sahara Desert

MOROCCO—For the last six years, Herrah and her family have gone against tradition by remaining in the Erg Chigaga region of the Western Sahara Desert. Despite it being one of the most untouched parts of the Sahara—a place that is vast and wild, a place where nature still rules—climate change is causing a life-altering problem for nomadic people like Herrah.

The region has long been a place where nomadic Berber culture, which is rooted in individuals being able to exist off the land, can thrive. 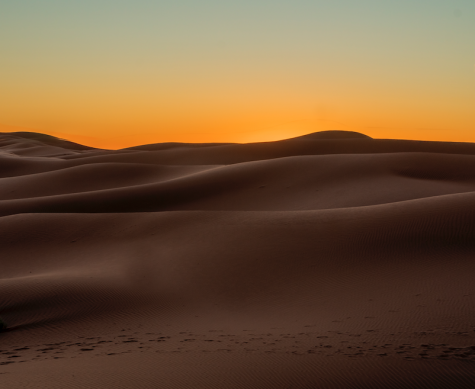 Camilla Forte
The sun sets over the sand dunes of the Erg Chigaga region of the Northwestern Sahara Desert, with animal tracks still imprinted in the dunes.

It is unusual for Berber nomads to stay sedentary for long, but since 2014 Herrah, her husband and children have been constrained to the same region with little more than a hut, two tents, some camels and a new motorcycle to their name, all due to changing weather patterns related to the climate crisis.

“[We’ve] stayed here now because it’s very dry,” Herrah said in Berber, using a translator to speak with the Chronicle. “[We] cannot move to other places. Every place is the same.” 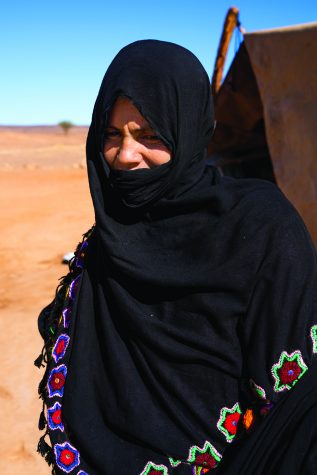 Camilla Forte
Herrah, a soft-spoken woman who has always lived a nomadic lifestyle, has inhabited the same region of the Sahara Desert for the past six years due to worsening climatic conditions.

While arid conditions in the desert are characteristic, climate reports have raised concern over an accelerated rate of desertification—the process by which fertile land becomes desert—in the Sahara. But desertification is not just happening in the traditional, human-made sense, where, for example, farmers allow the land to be over-grazed. Instead, the climate crisis is causing deserts to expand, depleting natural resources such as food and water, which is adversely affecting communities like the Berber nomads by making more areas uninhabitable.

A study published in 2018 by researchers from the University of Maryland linked the exponential rate of desertification to “the footprints of climate change.”

The overall shift in the climatic conditions of the Northwestern Sahara Desert has disrupted Herrah and her family’s way of life. 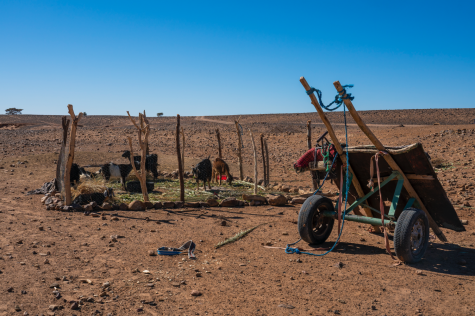 Camilla Forte
Herrah’s family is largely reliant on the raising and selling of goats to sustain their way of life, using a makeshift corral to keep them from wandering off into the desert, which they often do. 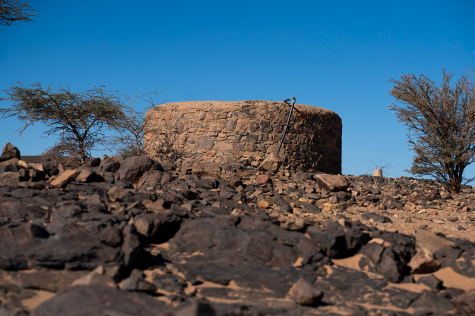 Camilla Forte
Although wells provide access to clean water, few are available throughout the desert, causing some families to travel miles for access. 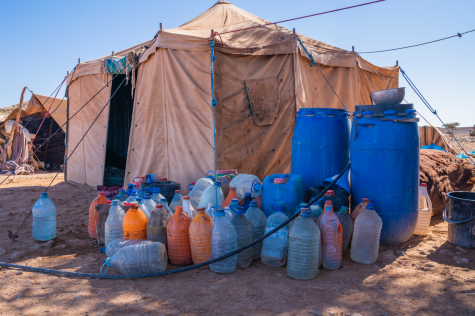 Her family raises grazing animals such as goats, camels and chickens, which they sell as sources of income, but hurdles to resources have made that task more difficult than it once was.

Faced with a dwindling potable water supply as nearby wells become inconsistent due to low precipitation, Herrah has no choice but to travel approximately the length of a 10-minute drive to the nearest well for clean water, which is necessary for maintaining her livestock.

“The good year for animals in this area was 2014,” Herrah said. “Some years [since] it’s [been] raining but still not enough. … Now, it’s too dry and it’s very hard for animals.” 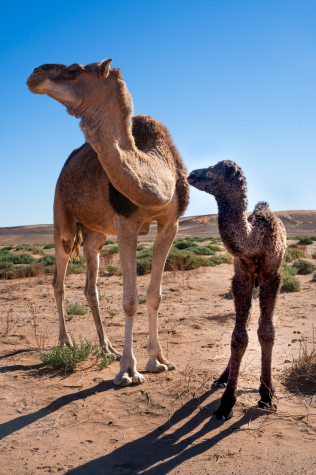 Camilla Forte
Camels are an important resource for the nomadic family, as both cattle and transportation.

With low food supply for their livestock to graze due to those climatic changes, Herrah said nomadic people are now buying dates and wheat from nearby towns to feed their animals. She said if rainfall is still sparse in the coming years, all of their livestock will slowly die off.

Although Herrah’s family continues to maintain their traditions by living off the land, a visit to their encampment hints at the ways in which their lives are being altered.

A motorcycle—recently purchased to make trips for supplies to a nearby town more convenient—is propped up beside a camel saddle, they used to prefer for travel. 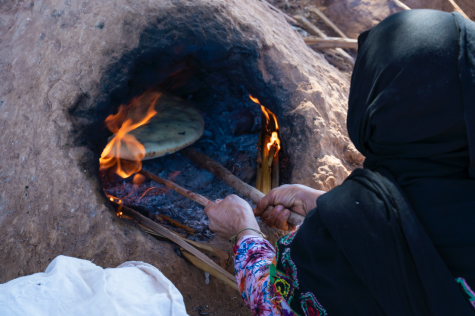 Camilla Forte
To prepare a traditional type of Berber bread, Herrah first shapes the dough, then covers it in ashes to help the dough rise before before putting it in a handmade oven using branches. 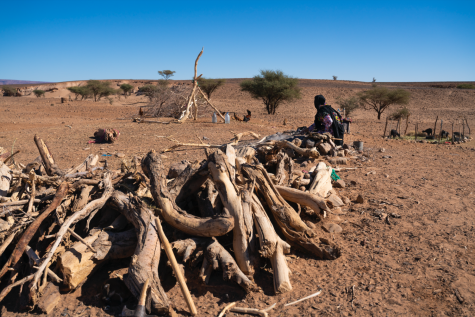 Camilla Forte
Herrah retrieves wood from their camp’s stockpile to fuel her oven for the bread.

But for some Berber families, changing climatic conditions have caused them to completely abandon their traditional nomadic lifestyle, Herrah said.

Over the last few years, she has seen the nomadic population dwindle to half its original size, with many men opting to send their children and wives to live in nearby towns. There, she said the children can better access education while the men support their families through traditional work, such as herding.

While this shift may be viable for some, Herrah said it would not be a good option for her.

“I love the desert,” she said. “Here, people stay strong. They’re getting old, but they stay strong.” 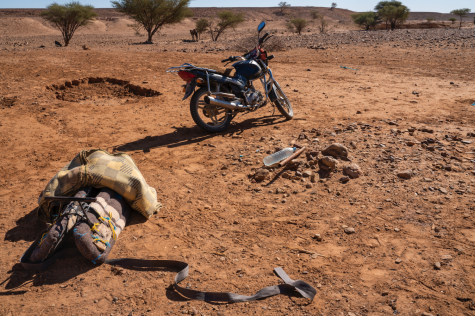 Camilla Forte
A camel saddle lays on the ground beside the family’s newest form of transportation, a recently purchased motorcycle, which is helpful for transporting them to the nearest town for supplies. 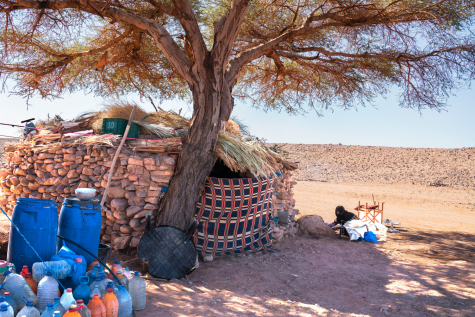 Camilla Forte
Herrah and her family live in an encampment that includes one hut and two tents, reflecting a nomadic lifestyle that is threatened by climate change.