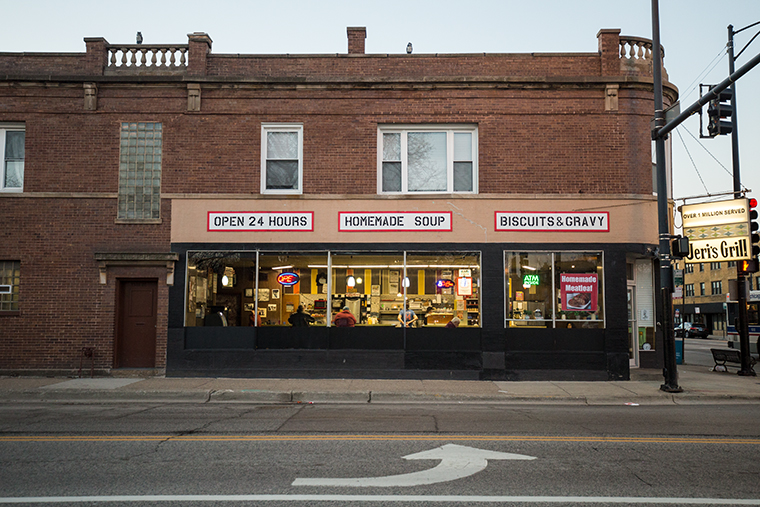 6:16 a.m. The outside of Jeri's Grill from the Montrose side. (Kevin Tiongson)

6:16 a.m. The outside of Jeri's Grill from the Montrose side.

Jeri’s Grill, a 24-hour greasy spoon at the corner of Montrose and Western in North Center, looks like any other 24-hour restaurant. Aldi-brand bottles of ketchup and mustard sit on every table, a stack of the day’s Chicago Sun-Times is next to the door, and old photographs hang next to dry-erase boards of daily specials.

The classic jukebox was recently replaced by a new digital TouchTunes machine, but much of the space has remained the same since its opening. The well-worn countertop bears cigarette burns and the wear and tear of time imposed by the regulars who have made this diner a second home.

“The place isn’t pretty. It’s not glamorous. It is what it is,” said Frank Di Piero, owner of Jeri’s Grill. “When you walk in here, you’re walking back in time like it’s 1963,” referring to the year the diner opened.

But in an era when the once common 24-hour diner is slowly disappearing from Chicago’s landscape, Jeri’s Grill has come to mean much more to customers, employees, the neighborhood and the city as a whole.

Frank’s father, Anice, started several grills in Chicago, each named after one of his children. Jeri’s was his final establishment, named after his daughter Geri. Though he’s been actively involved with the diner for 28 years, Frank took over the restaurant after his father passed away in 2000. 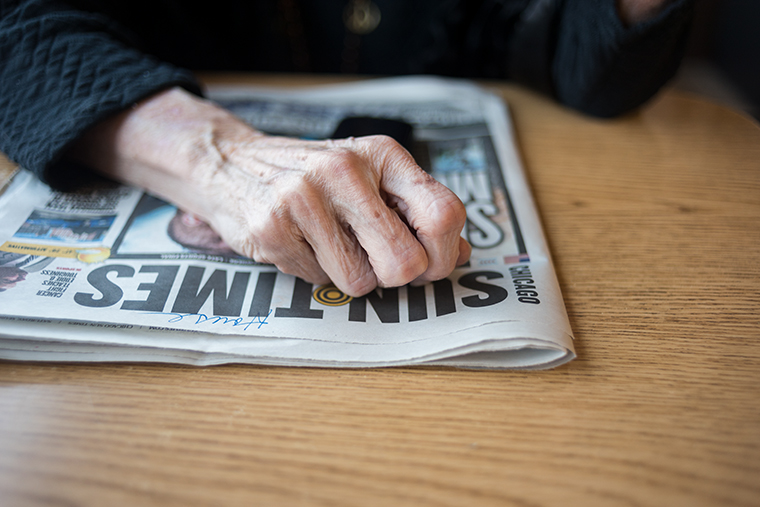 Gallery|11 Photos
Kevin Tiongson
1:28 p.m. Judy, 77, comes to Jeri’s around the same time every day, which has been her routine since it first opened. “This is my social life,” Judy said. “They were closed for six days because they had to do maintenance, and I was at a total loss.”

After nearly 55 years of business, Jeri’s has closed its doors for only an estimated 60 to 90 work days, Frank said.

“The place, if it wasn’t here, would be a very sad day for lots of customers, employees, the neighborhood,” Frank said. “I feel this little sense of obligation to all those people.”

From noon on Saturday, March 3, until noon on Sunday, March 4, The Chronicle darted between countertop stools and booth seats to speak with the people who make Jeri’s Grill the sanctuary it has become over its more than five decades of 24-hour service.

“It’s a place that I’m proud to say is a small part of a lot of people’s lives,” Frank said.