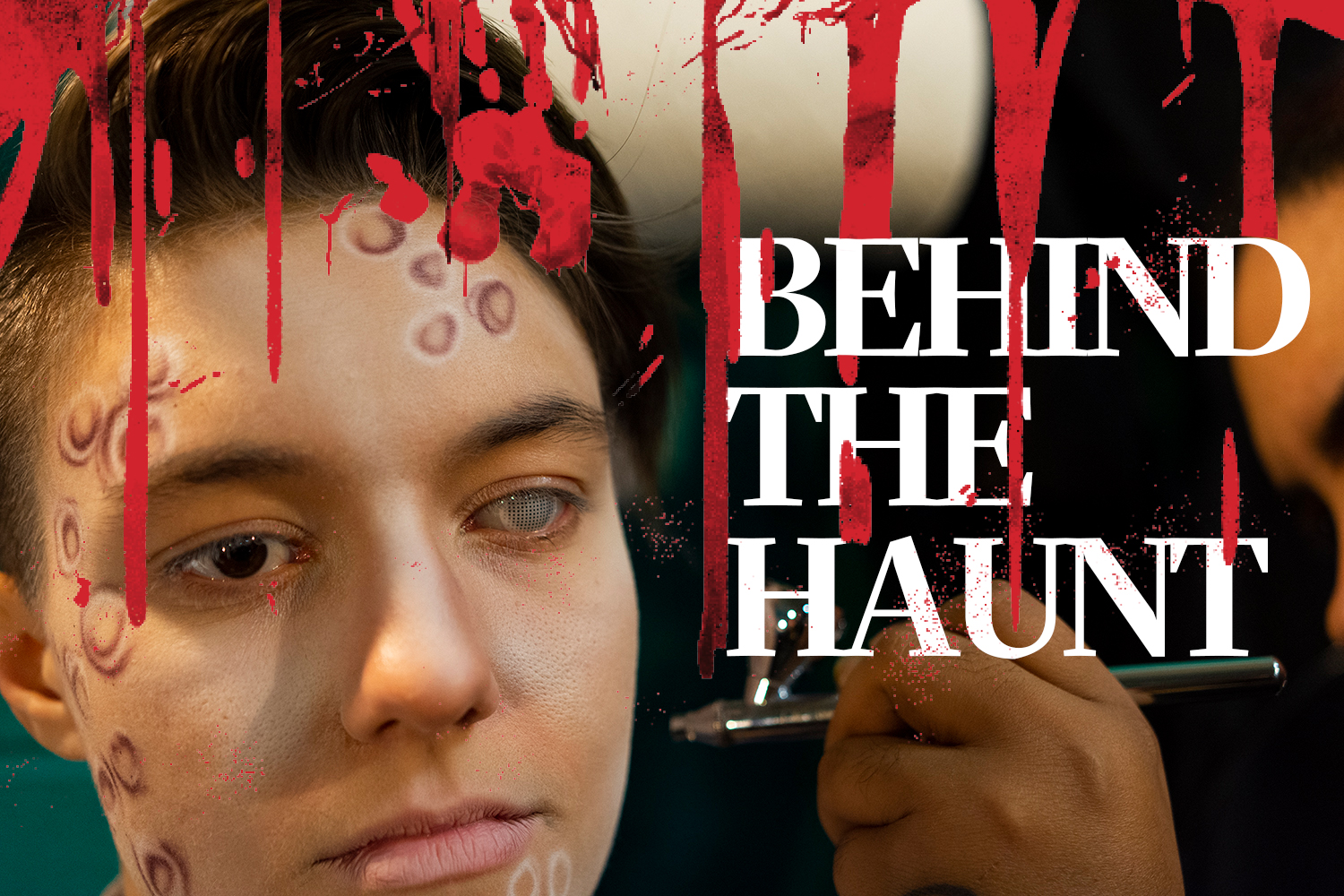 Backstage with the ghouls, ghosts and goblins that call the 13th Floor home

Upon entering the actor area at 13th Floor Haunted House in Melrose Park, you’ll come across a few oddities, some of which might include a vampire scrolling their Instagram feed, a phantom chowing down on birthday cake or a troll discussing their next acting gig.

One thing that every member of the team at 13th Floor has in common, though, is dedication to “the haunt.” Named one of the top 10 scariest haunted houses in the country by USA Today, the staff at this haunted house, 1940 George St., do not joke around when it comes to scaring visitors stiff.

“The weirder the better here,” said Casper Van Oss, an attraction lead. “There’s nothing quite as cathartic as scaring somebody.” 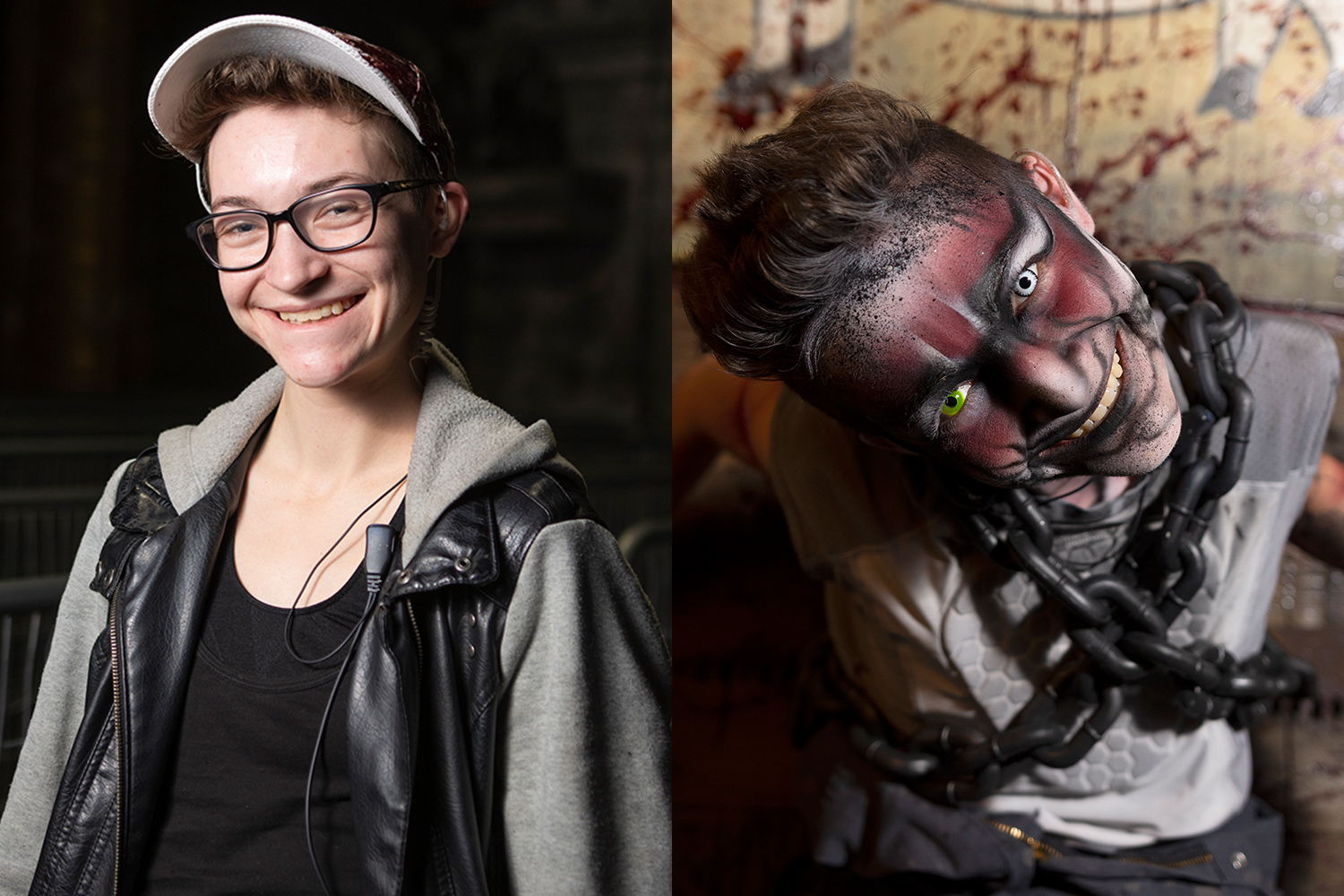 Mike Rundle
The 2019 season is Casper Van Oss’ second year at 13th Floor. “I typically play child roles. It’s a lot of laughter, a lot of running around and playing on the sets,” they said.

Bonnie Phillips, also an attraction lead, says her position allows her to combine two of her interests: acting and directing.

“For me, it’s that perfect balance of getting to scare and having a blast, while also getting to teach others how to do it,” Phillips said. 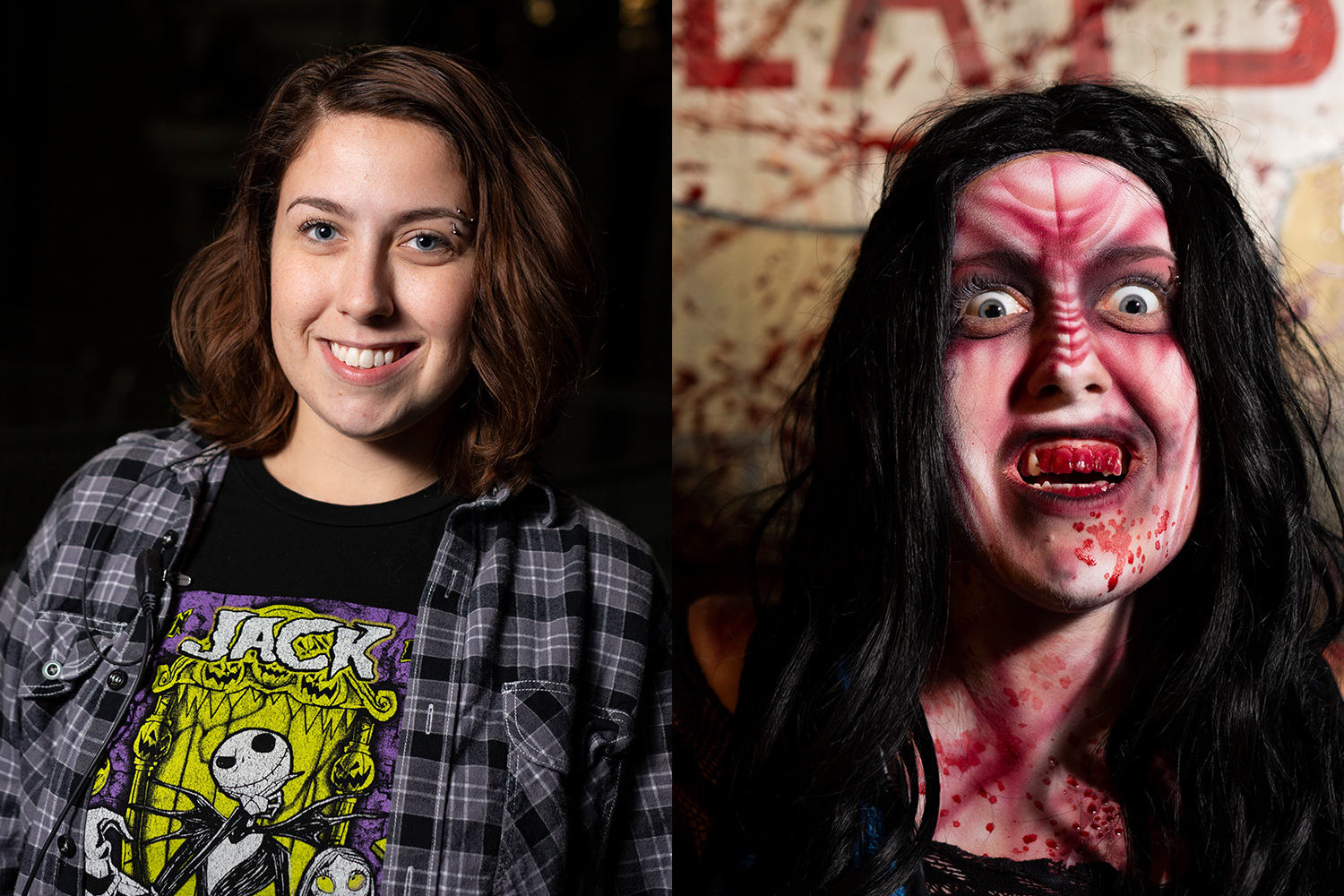 Mike Rundle
Bonnie Phillips is a five-year veteran of 13th Floor. This season, she’s a vampire. “Scaring [is the best part] … [especially] anytime someone falls to the floor or books it out of your room,” she said.

Along with dedicated acting, the artistry behind every character and every scene is of utmost importance. The makeup and wardrobe team at 13th Floor do their best to make audiences’ skin crawl, from airbrushing deadly wounds to outfitting the perfect cloak. And once the visitors are inside, the scares come to life.

“You need to feel scary and look scary,” said Sara Domaradzka, makeup manager and actor. “I like bringing that scary confidence to our actors.” 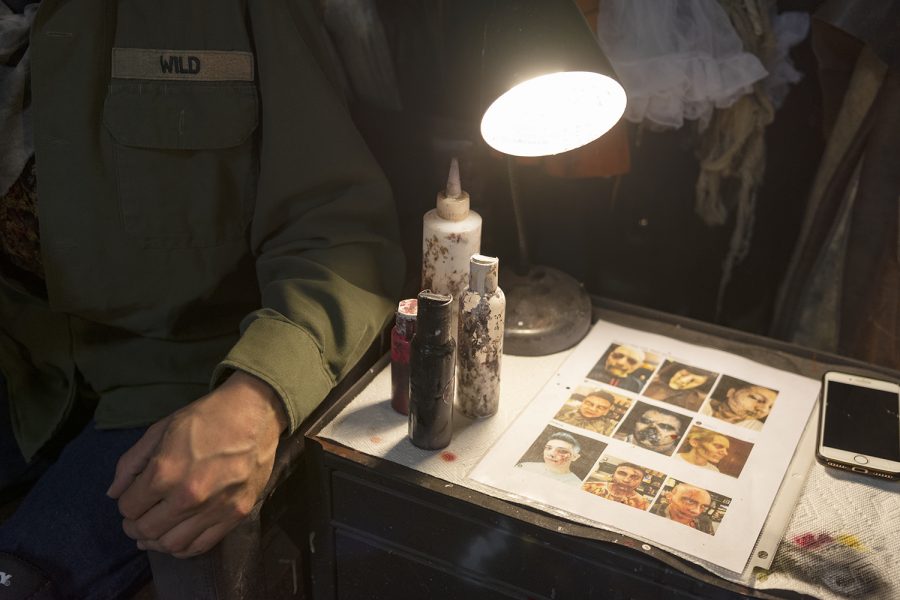 Gallery|5 Photos
Mike Rundle
Makeup artists look to various images for inspiration when creating each unique guise for the characters.

But in the end, it’s about the relationships built between the actors. Behind the scenes, they consult each other for inspiration, practice their roles in the mirror, and help each other put on whatever alien mask or faux hunchback they’ve been given for the night. 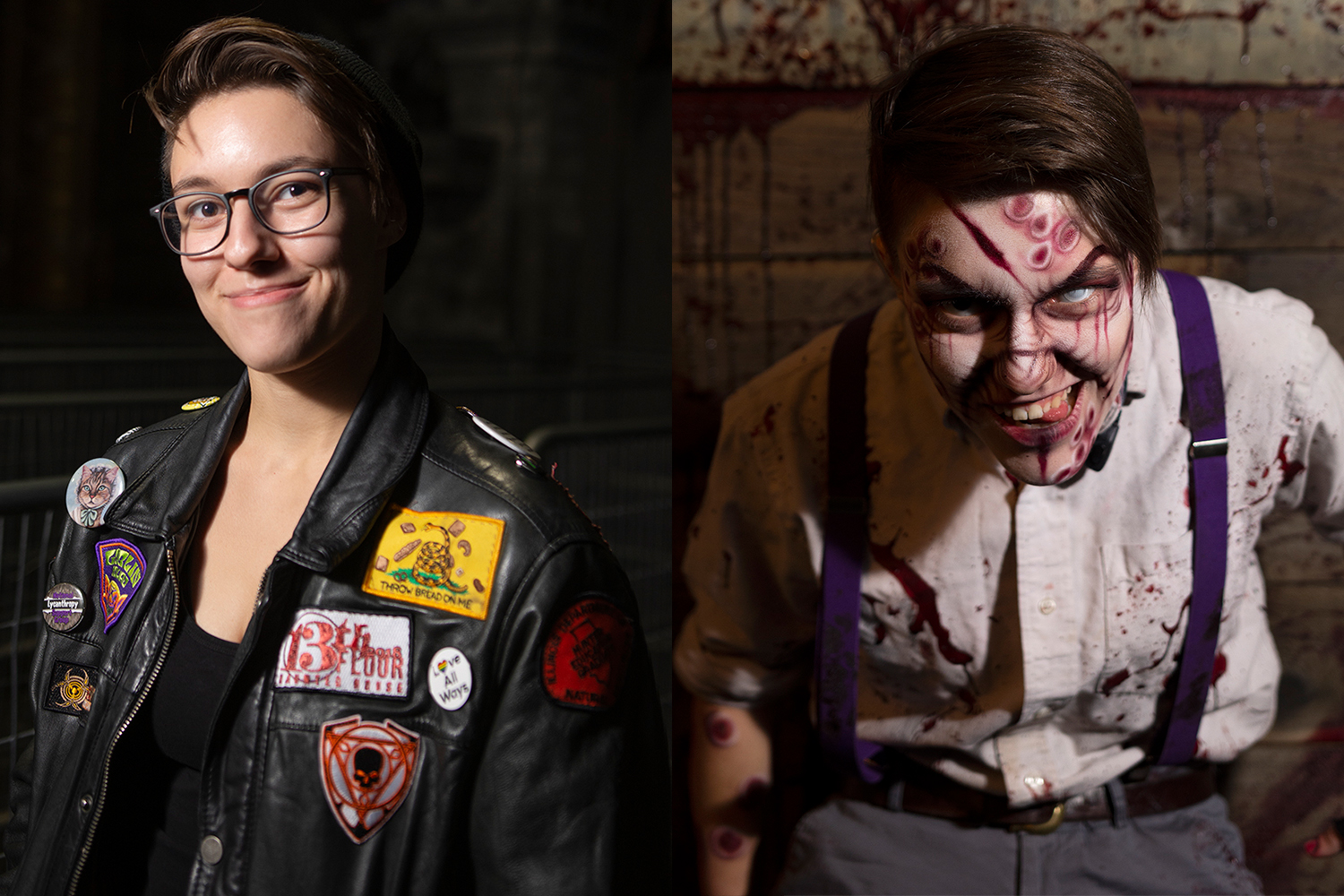 Mike Rundle
Madison Eason is an animation student at DePaul University in their second year at 13th Floor. “I’ve always tended to have a very animalistic character,” they said.

When it all comes together at show time, the team chemistry is on display. For Christopher Portalatin, a runner who helps lead tours throughout different zones of 13th Floor, the friendships he’s built are one of the most important parts of the job.

“It’s like one big family,” Portalatin said. “I feel connected with them through the haunt.” 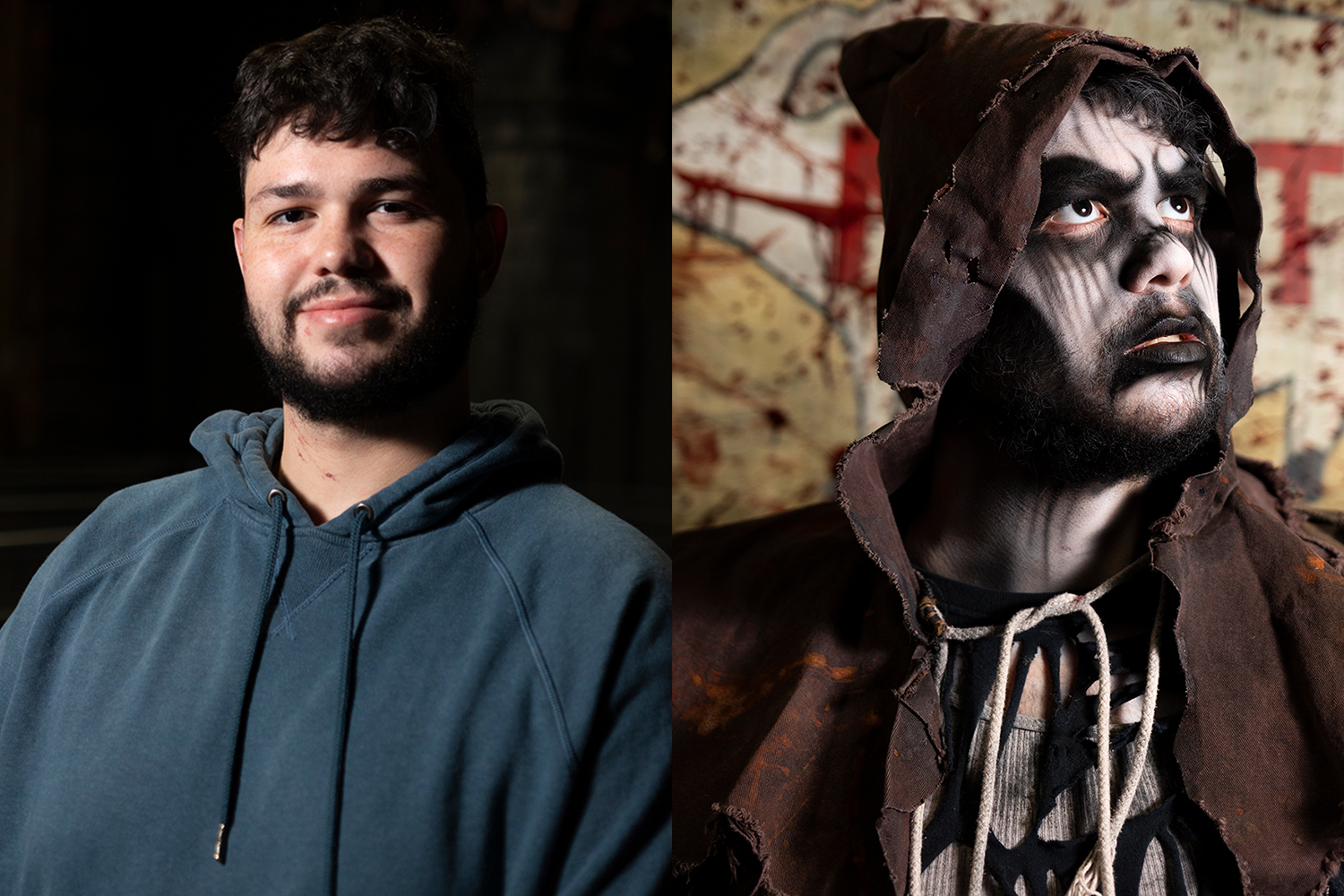 Mike Rundle
Christopher Portalatin is in his fifth year of work at 13th Floor and enjoys exploring a variety of angles for his characters. “It’s awesome to see the reactions from customers,” he said.