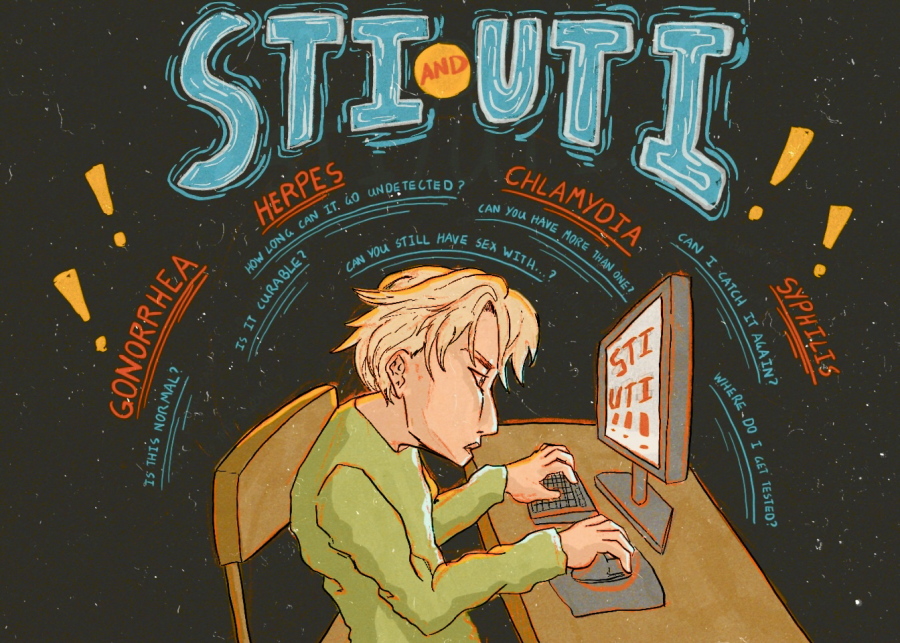 The conversation around sexually transmitted diseases and urinary tract infections can be tricky to navigate. While it is easy to be ashamed, these issues are often very common.

“If you have a broken arm or if you have a sore throat, you don’t walk around and feel like you’re a bad person,” said Lori Lawrenz, licensed psychologist at the Center for Sexual and Reproductive Health. “But with an STI or UTI, a lot of shame happens … you just feel like ‘I am bad,’ ‘I am wrong’ [and] ‘I am dirty.’”

According to the World Health Organization, more than 1 million STIs are acquired every day worldwide, and a 2010 study by the National Kidney Foundation found that 1 in 5 women will have at least one UTI in their lifetime.

UTIs occur when bacteria gets into the urinary tract and multiplies, which results in swelling and pain. STIs are spread most often through unprotected sexual contact.

Janet Brito, a licensed psychologist at the Center for Sexual and Reproductive Health, said society’s negative perception of STIs and UTIs is present for a number of reasons.

“The stigma is associated with the belief that the genital area is dirty, that having and expressing sexual feelings is shameful, especially outside of marriage and not for the purpose of reproduction,” Brito said in a Feb. 2 email to the Chronicle. “A lack of sex education, conservative religious views and one’s cultural beliefs also contribute to the stigma.”

This shame carries a lot of weight and can result in serious mental and physical health issues. Lawrenz said she often has patients who are afraid of getting UTIs and stop having sex, which impacts their sexual health and creates a “cyclical problem.”

“People can develop avoidant behaviors because they don’t want to get a UTI,” Lawrenz said. “They can just shut down sexually.”

“The patriarchy is alive and roaring, hence women will be stigmatized more and judged as being promiscuous, immoral and dirty,” Brito said.

Lawrenz said many women have never even looked at their genitals, and she suggests they grab a mirror to get more familiar with their own anatomy.

To change the conversation around STIs and UTIs, Lawrenz said knowledge and education are power.

“The more it’s on TV, the more people talk about it, the more it’s in the culture … the less it becomes stigmatized,” Lawrenz said. “I think when you keep something in the dark and you keep it hidden and there is not a lot of knowledge about it, that’s when [the shame] can breed.”

While it can be scary to make a move and get tested for a STI, PlushCare, an online health care resource, suggests that if someone is sexually active—even when using protection—they should still get tested at some point. For UTIs, Brito suggests seeking medical attention if one is experiencing urinary tract pain, inflammation or any other symptoms of a UTI.

If someone you know is afraid of getting tested, Lawrenz said, ask open ended questions such as “What are you afraid of finding out?” to give them a better opportunity to open up.

“Why do we carry shame because there is something medically going on in our genitals, when we don’t carry the same shame when something is going on in our elbow or foot?” Lawrenz said. “It’s a health issue, and sexual health is health.”

For more information on STIs and UTIs visit The World Health Organization. For where to get tested in Chicago, visit Clear Wellness’ website. Columbia’s Health Center can also refer you for STI treatment.