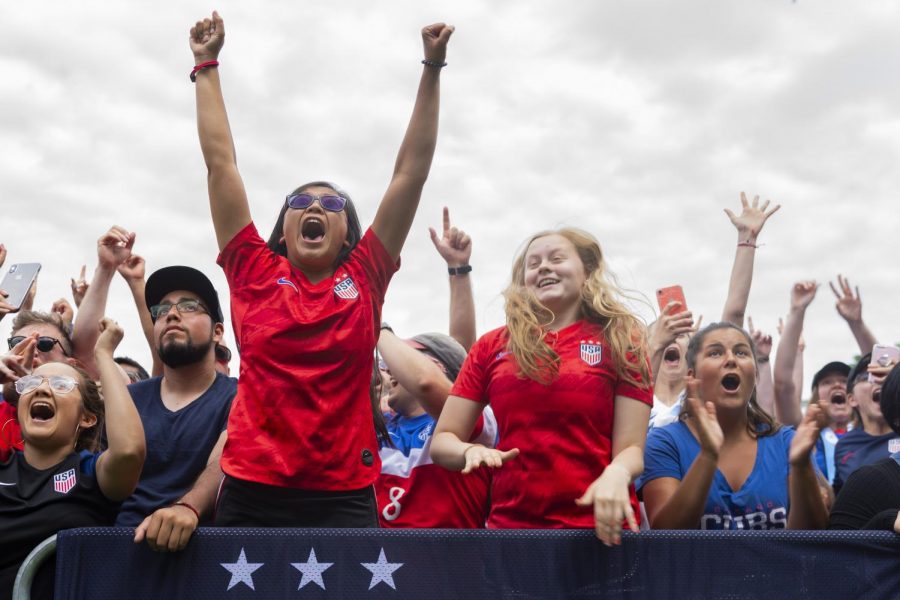 The crowd in Lincoln Park erupts as Megan Rapinoe scored the team's first goal of the game July 7.

The United States took on the Netherlands at Parc Olympique Lyonnais in Lyon, France, and were victorious behind goals from Megan Rapinoe and Rose Lavelle.