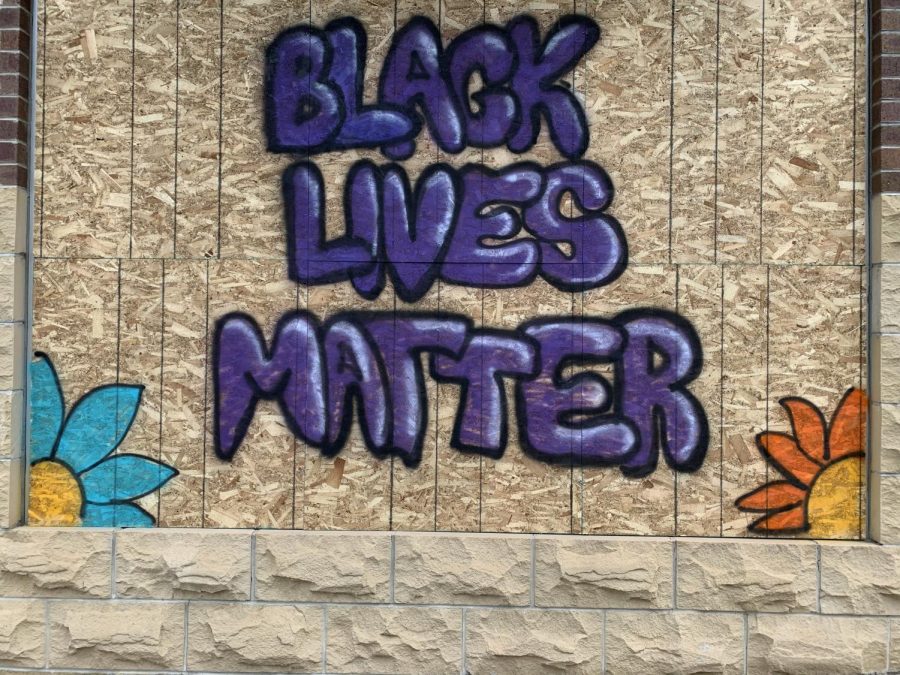 Now, she would rather use her voice and writing to spread awareness about violence against the Black community, she said.

Hawkins said she is feeling inspired and is considering submitting a song or poem to Columbia’s Artivism Black Lives Matter exhibit this fall.

The exhibit will focus on the crossroads between art and activism, specifically highlighting the Black Lives Matter movement. It will be located on the first and second floors of the library, 624 S. Michigan Ave., and available online.

Kristy Bowen, access services assistant for Columbia’s library and co-curator, said she expects the exhibit to open by Oct. 16. Bowen co-curates the Aesthetics of Research, a project devoted to the intersection of libraries and the arts.

Students and other Chicago artists interested in participating must email three to five images of their work with the subject line “BLM Exhibit” to Bowen at kbowen@colum.edu. All submissions must be sent in by Sept. 25.

Bowen said she and co-curator Jennifer Sauzer will take as much art as they can fit on the walls of the first and second floors of the library and post the exhibit online so people can see it from anywhere.

If there is no more space for art on the library’s walls, participants can also submit work strictly for the virtual exhibit. She said the goal is to get as many people involved as possible.

Bowen said the virtual exhibit also gives creators the opportunity to include video and audio to add a multimedia aspect to the gallery, which is what Hawkins plans to do.

Bowen and Sauzer plan to have a list of all participants by Oct. 1. The co-curators will choose submissions that are impactful and reflect the Black Lives Matter movement, Bowen said. The quality of the submissions is not as important as their theme, she said.

“It’s definitely about the message, especially for an exhibit like this,” Bowen said. “It’s more about the theme itself than a perfect painting or a perfect drawing.”

Laura Hawbaker, a resident artist in the Aesthetics of Research program housed in Columbia’s library, submitted her new series “Protesters” for the exhibit.

The series is composed of sketches of protesters around the U.S., all of whom are protesting the death of Minneapolis man George Floyd at the hands of a police officer. Hawbaker has photos from New York, Minneapolis, Los Angeles and more.

Within the work, she references photos she has personally taken and others she has seen on social media shared by friends and family.

Hawbaker said her art shows how people interact with cities and spaces by coming together to make a statement. The point of her series is to humanize protesters who are often seen as “political tools,” she said.

As a white woman, Hawbaker said she hopes her voice does not overtake the message of the exhibit. She said she is participating to use her privilege to spread awareness for the Black Lives Matter movement.

“[As a person of privilege], you have a privilege and a voice that sadly our society will listen to over other voices,” she said. “You have to take that voice and find a way to support and raise up the people who should be talking.”