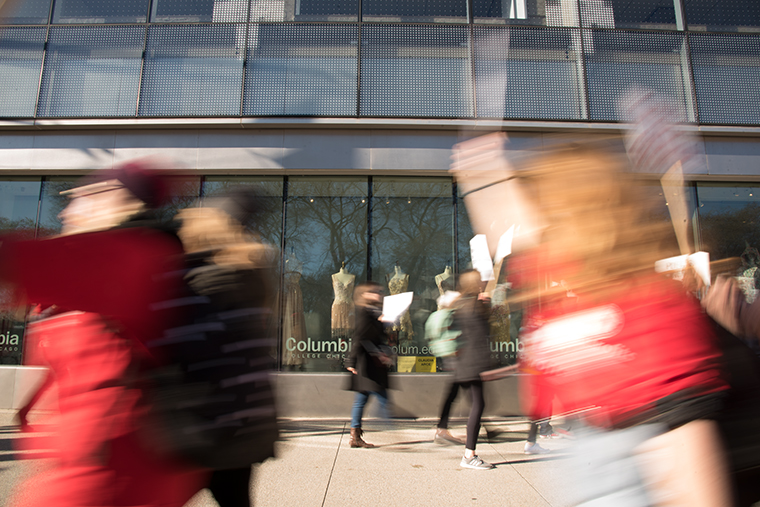 Despite the part-time faculty union and the college reaching a tentative agreement on a new contract April 17 after more than a year without one, some union members and students are looking for increased transparency on both sides while union leadership is eager to return their attention back to teaching.

Adjunct professor in the Cinema & Television Arts Department Marty Bernstein, who has been a union member since 2006, said having a new contract lifted a weight off his shoulders after living under the fear of part-time faculty losing their jobs.

“I see a new spirit of communication with full-time faculty and staff,” Bernstein said. “They feel exactly the same way—let’s get back to business. Let’s take care of the mission we’re here for, which is to educate our students.”

Adjunct professor in the English and Creative Writing Department Joseph Fedorko, who has been a union member since 2001, said he was relieved the contract negotiations were complete and the union would not be striking.

“Sometimes the threat of [a strike is needed] to put the pressure on everybody to finish the job,” said Fedorko, who is also the president of Roosevelt University’s Union. “Now that there’s a contract, the union has some work to do to clean up its own house.”

According to an April 17 joint statement from CFAC and the college, the new agreement, which has not been released as of press time, still needs to be ratified by union members. However, Fedorko said he expects to see the issue of departmental job security, fair wages and the formal complaint process addressed in the contract’s official terms.

Adjunct Professor in the English and Creative Writing Department Katrina Kemble, who has been a union member since 2007, said she was pleased to avoid a strike but is still concerned with the lack of information from union leadership.

With union elections approaching in the fall, Kemble said a change in leadership could bring more transparency and participation to the union, which she said has gotten weaker over the years.

“[President Diana Vallera] being replaced would be a wonderful thing for the union; it would bring more solidarity,” Kemble said. “That would give us an opportunity to be represented with a larger union body, such as the National Education Association, and I think it would be very good for the college, as well— very good for creating a better relationship between the union and college administration.”

Bernstein said the “hush hush” atmosphere during negotiations was critical to bargaining success. He added that he would not mind a change in union leadership, so long as it is as effective as current leadership, whom he said has been working hard for a fair contract.

“Like all such agreements, it has taken compromises and good faith by both sides to arrive at this moment,” CFAC leadership and college administrators said in the joint statement. “We believe our many areas of agreement reflect our joint commitment to the college and our students and our desire to set forth a tone of respect and collaboration we hope extends well beyond a written document into everyday affairs across our college.”

Information such as who is on the union’s Steering Committee is unknown to many members, and in October 2018 when CFAC changed its name from PFAC, members were not called to vote on the switch, according to Fedorko.

In the future, Fedorko said he would like to see the union more active on Twitter and through email, more departmental representatives and the reinstatement of the five members who were expelled by the anonymousIntegrity Committee in December 2018.

“The current leadership has a very tight circle of leaders whom they talk to regularly, and the rest get spread out from there,” Fedorko said. “If we can’t get due process within the union, I don’t know how we can expect the union to protect due process from administrative complaints.”

Kemble said she would also like the English and Creative Writing Department to have a union representative as it is one of the largest union departments. The lack of a liaison between the department and the union has contributed to the small amount of communication about what is happening within the union, she said.

Ultimately, Bernstein said both the union’s and the college’s first priority is the students.

Senior television major Tyler Newman said he supports CFAC, but he would like to see more transparency of communication with students on issues with the administration through collegewide emails and video content.

Junior cinema art and science major Colin Burg said he also supports the union because the college is “trying to do them dirty” in terms of course losses. When CFAC held a strike in December 2017, Burg said his professor explained what was happening and why he supported the strike.

By professors being more open with the union issues, and through town hall events, Burg said more students would want to take part.

“The whole reason kids go to Columbia is because the part-time faculty are the people who have experience in the field,” Burg said. “You can’t replace that experience and knowledge.”