Uncertainty in a career path and personal life could be a sign of quarter-life crisis, experts say 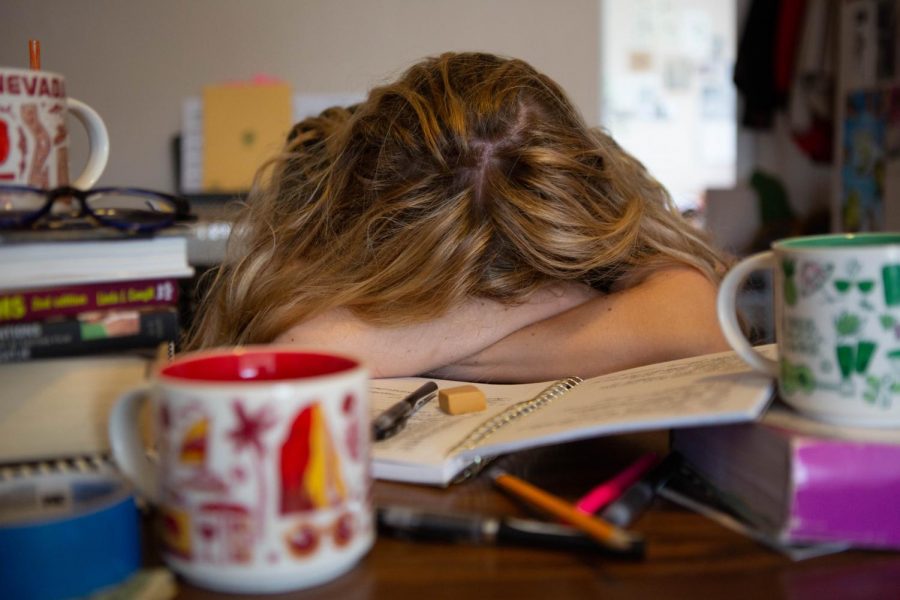 Similar to midlife crises, experts say those in their mid-20s may experience a quarter-life crisis as they reach a transitional point in their life.

Going through a transitional period of life in your 20s; struggling with societal and parental pressure; feeling purposeless and unfulfilled: All of these symptoms could mean a person is going through a quarter-life crisis, according to experts.

Kristen Hall, an associate therapist at Lincoln Park Therapy Group, said a quarter-life crisis is a transitional period that involves anxiety over the transition and direction of life that typically occurs from the mid-20s to early 30s.

“It’s a very normal process and a transitional period to go through,” Hall said. “A lot of times it can feel very isolating, when in reality you’re not alone if you’re experiencing this. It’s completely a normal phase in your 20s; it’s absolutely normal to question things and [be] hoping for greater satisfaction.”

A 2017 LinkedIn study showed that 75% of people aged 25 to 33 experienced a quarter-life crisis connected to their career.

Daniellia Marshall, a 27-year-old sophomore graphic design major, is a non-traditional student who transferred to Columbia this year from a community college. Marshall is no stranger to the quarter-life crisis and has overcome it in recent years.

Marshall worked for three years as an emergency operator, helping people who are recovering from substance use disorder or in need of counseling.

“I found that a lot of the people that work there that were older had been there for quite some time,” Marshall said. “I’m not trying to job shame anybody, but seeing them still there after so long, I feared that would be me, and I didn’t want that to be me.”

Even though Marshall’s job was stable and provided benefits, it did not bring them happiness, and they decided to go to Harold Washington Community College. Marshall’s family supported their decision to quit the job and pursue their dream.

“That’s one of the things that was talked about a lot is that not everybody has a support system,” Marshall said. “I’m extremely thankful that I have one, and I try my best to also give that support to other people.”

A quarter-life crisis looks different for each person, and Jude Mah Ramirez, a 20-year-old freshman communication major, sees it as a part of personal growth.

“I feel like it is a quarter-life crisis because I’m literally deconstructing the person I thought I was but then building it back up into the person I want to be,” Ramirez said.

Ramirez went through a big change in life after recently moving from San Francisco to Chicago and said she went through depression, but now her life is going uphill again.

“It sounds way scarier than it actually is; I think I’m the happiest I’ve ever been,” Ramirez said. “I’ve been following my dreams, and the things that have happened in my quarter-life crisis were the catalyst for this extreme happiness.”

Nicolle Osequeda, licensed marriage therapist, is the founder of the Lincoln Park Therapy Group, which provides various kinds of therapy, but she has specifically focused on quarter-life crisis therapy since 2017. Osequeda said the majority of her clients’ quarter-life crises are triggered by career uncertainty.

Osequeda said quarter-life crises present themselves in different ways for each individual and can correlate with preexisting mental health problems. She said a first step to overcoming a quarter-life crisis is acknowledging the feeling of uncertainty in a situation, career or a relationship without judgment.

“It is hard to move to a new city and engage in, especially during COVID, and meet people. It is hard to transition from one relationship to another. It’s even hard sometimes to start a new relationship, move in with someone,” Osequeda said. “So just allowing yourself that grace and that space to recognize that they’re great things, and they’re also adjustments in our lives and so it takes time, but you’re never stuck where you are forever and to get support if you need help.”