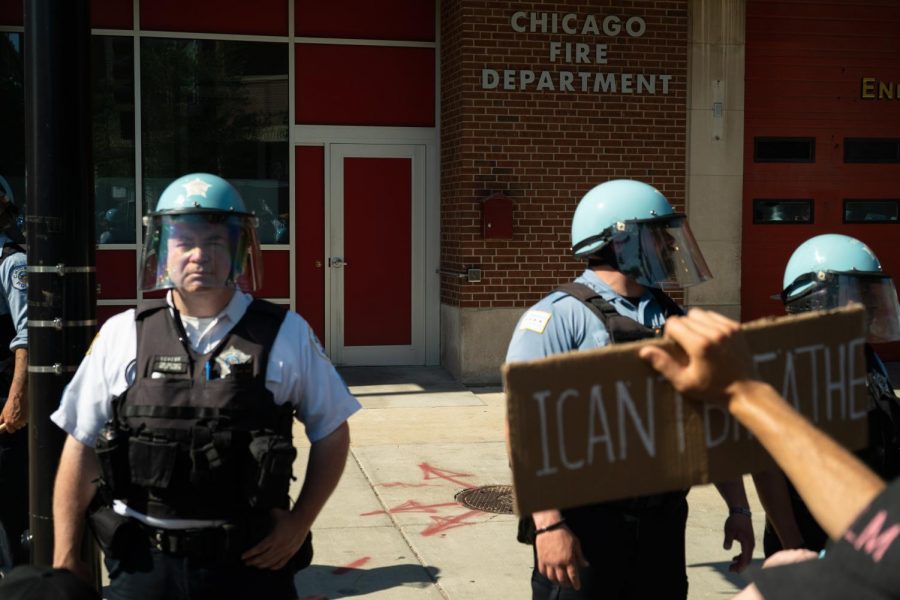 Outside the police station on Division Street, protesters were met with police and a military vehicle blocking both sides of the street.

Demonstrators demanded justice for George Floyd, Ahmaud Arbery, Tony McDade, Breonna Taylor and others lost to police brutality. One speaker asked protesters to raise their fists and said, “I am upset. I am angry at the black bodies laying on American ground.”

Before marching south on Clark Street, protesters repeated, “This is not a riot, this is a peaceful protest.”

The crowd marched to the 18th District police station, 1160 N. Larrabee St., where they were met with hundreds of police officers and a military vehicle. The protesters repeated, “Do not engage.” There was no physical confrontation between the police and protesters.

“First and foremost, I appreciate each and every one of you for being out here,” Porter said. “As a black man, I am beyond disturbed about what happened to George Floyd. On three, everybody say his name.”

Porter then asked protesters to step aside to allow fire vehicles to move out of the station, which was done peacefully and was followed by the continued march.