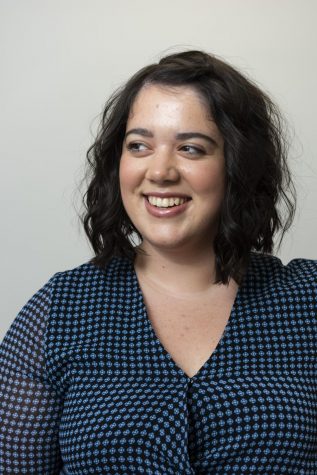 Let your family’s eyerolling and lectures on protein deficiency commence: It’s the season of Tofurky and sweet potato casserole.

Between lectures across the dinner table on the validity of your arts degree and how the fake news media is the “real” reason President Donald Trump is embroiled in an impeachment inquiry, you’ll be forced to—yet again—explain why you don’t eat animal carcases.

In 2019, I’m still flabbergasted that the idea of not eating animal products is more insulting than the idea of eating slaughtered turkeys and pigs while you pet your dog who is waiting for scraps.

This holiday season, all we non-meat eaters request is to not be shamed for our decision to not eat animal products.

Our holiday suddenly becomes sitting down at a table where turkey or ham sits a few inches before us, which is hard enough for some people to stomach; or inspecting each dish on the table hoping what your family called a “vegetarian dish” wasn’t made with chicken stock; or repeatedly telling your grandmother you can’t eat the apple pie she is piling onto your plate because it is made with real butter. And then, when all is said and done, going home and feeling sick because that mashed potato casserole definitely had cow milk in it.

Plant-based substitutes are no longer a niche trend. Rather, they are becoming the new frontier in the agricultural industry as companies switch to the production of plant-based alternatives.

The oldest dairy farm on the West Coast, Giacomazzi Dairy, has shifted its focus to almonds after 125 years of being in the dairy industry, as reported Tuesday, Oct. 29 by VegNews. Farmers are even planting approximately 20% more peas, which are used in plant-based products such as Beyond Meat and Impossible Foods, while the planting of corn, soy and wheat used to feed animals for meat production has dropped by roughly 3%, VegNews reported Monday, July 8. Finally, on Tuesday, Nov. 12 the nation’s biggest dairy producer, Dean Foods, filed for bankruptcy.

The business and agricultural industries foresee the rapidly growing public demand for plant-based alternatives overtaking the demand for animal products in just a few years. So, why are social stigmas taking so long to catch up?

Veganism and vegetarianism are particularly under scrutiny over the holidays when traditionalism, consumerism and generationalism are also in play.

As someone whose favorite holiday is Thanksgiving and who used to eat meat, I don’t love Thanksgiving because of the turkey. I love it because it is a chance for me to put on stretchy clothes, sit down with my family whom I rarely see as a college student, have a home-cooked meal for the first time in months and cap the night off by watching “Holiday Inn” and “A Charlie Brown Thanksgiving.” I don’t love it for the tradition of carving the turkey—or, my little sister and father’s tradition of reaching inside the turkey to pull its guts out, which always made me want to vomit since before I was vegetarian. I love it for that warm, fuzzy feeling you only get during the last two months of the year.

And yes, the consumerism that has built America tells us that animal products are the centerpiece of the holidays, as aisles of rock-hard, frozen turkeys populate the grocery store with two-for-one-deals. But as “How the Grinch Stole Christmas” taught me, consumerism is not what the holidays are about.

Of course, there is a generational stigma at play, too. But if my grandmother—who learned to cook food when she lived in Brussels, Belgium, and who cooks enough food to feed the U.S. Army—will make vegetarian dishes to place next to my grandfather’s turkey that he basted in 20-minute increments throughout the previous night, then anything is possible.

So, please refrain from making comments on our dinner plate. And if you’re willing to go the extra mile, we would love to share our Tofurky with you.