The ‘Responsible Adults’ are not so responsible 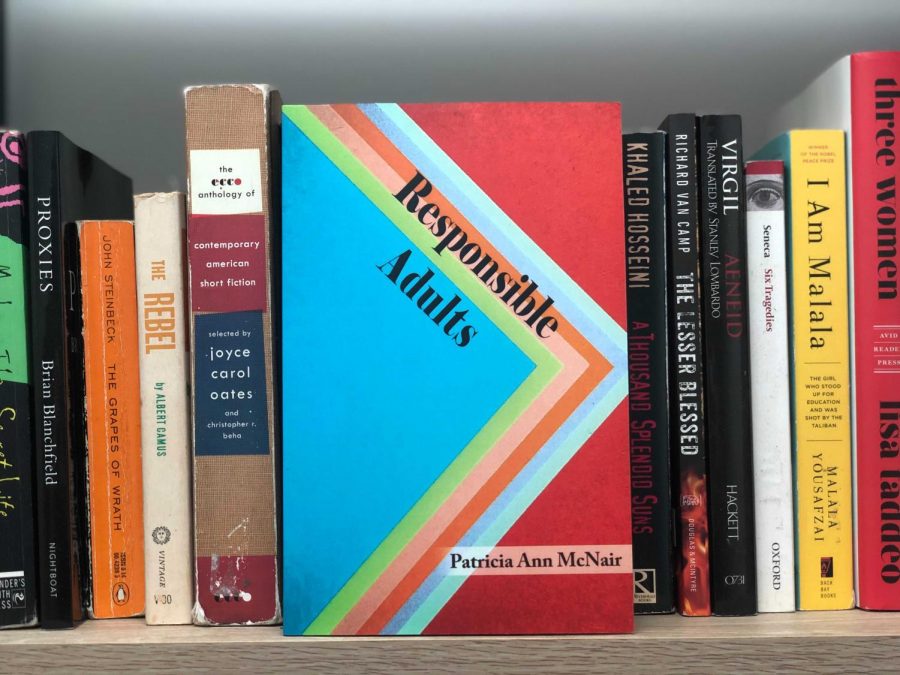 Patricia Ann McNair's latest book "Responsible Adults" is a collection of writings from over the span of 18 years.

Patricia Ann McNair has kept a diary since she was 9. To this day, her preferred method of writing is pen to paper—she said it slows you down, which is something writers often need.

“I really do believe that … the pen to page, in reading and writing on the page, allows you to get deeper and deeper and deeper into memory and imagination,” said McNair, an associate professor in the English and Creative Writing Department. “The efficiency of a computer is not necessarily useful to the depth of our creativity.”

“Responsible Adults” is McNair’s newest writing collection, and all of the stories were written at least partially by hand first.

Officially released Dec. 15, the book quickly reveals that the title is a bit deceiving. As the collection proves continuously, the “responsible adults” are anything but responsible, McNair said.

“I didn’t really know they were a [collection],” McNair said. “I was writing stories and submitting them … I hadn’t convinced myself they were going to be part of the same collection until 2019.”

“Responsible Adults” is composed of 18 stories—both short and long—and were planned originally to be ordered by alternating between story lengths. McNair eventually decided to order them by “aging.”

Initially, she tried to put together a different collection that was more intentionally linked, but it felt forced. McNair’s first collection of stories, “The Temple of Air,” had an arc to the book—which she did not think “Responsible Adults” needed.

A common theme found throughout the collection is longing. McNair said she believes most stories share this theme, but she looked at longing through a different lens in her collection.

“One of the things that I’m interested in is the ache of the longing, not the resolution of the longing,” McNair said. “It’s more like the lovely pain of it.”

For McNair, each story in the collection has autobiographical elements, and some characters appear throughout the story more than once.

Throughout “Responsible Adults,” there are a number of absent fathers, and McNair lost her father when she was 15. She also grew up with brothers, and a version of one brother she was very close to shows up in a few of the stories.

Even when the story does not directly pull from her own life, she imagines some settings as if they were lived spaces she is familiar with.

“Even though the story is wholly made up, there are these moments of either emotional veracity or stolen moments of life that I bring in it,” McNair said.

The collection moves between in-depth scenes and fleeting moments. McNair also directly addresses the reader a number of times throughout.

McNair said she likes to “have a contract with the reader” and look them in the eye. She attended Columbia as an undergraduate student and said this is something she learned through story writing courses.

“I want my readers to feel like their participation is essential,” she said.

She said while this is definitely not a “feel-good book,” the point is not to come to a resolution.

“Even though there isn’t a single real happy ending in there … I’m hopeful that the characters are coming to some understanding in the stories that I’ve built for them,” McNair said.