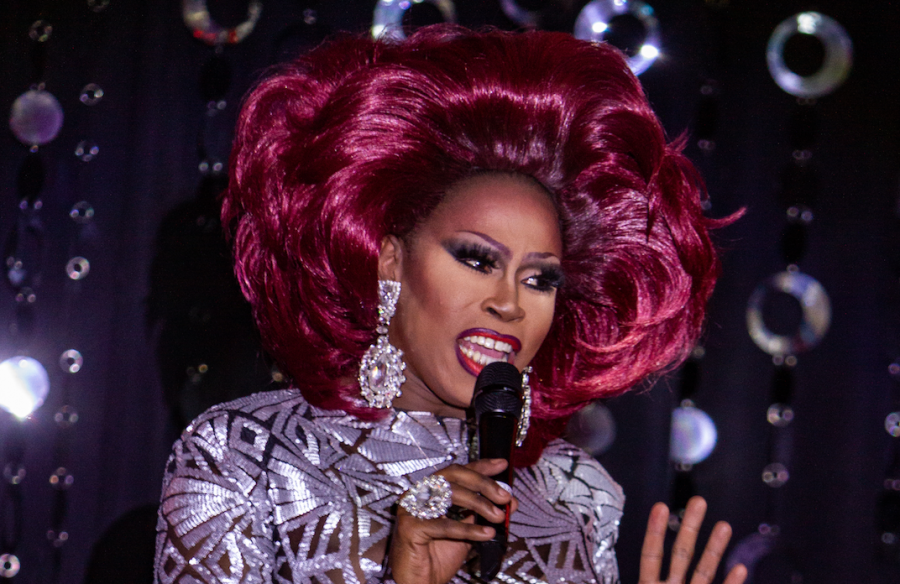 Center stage is Miss Aria B. Cassadine, dressed in a spectacular, curve-hugging evening gown that sparkles brighter than the disco ball chandeliers lighting the stage.

“Work brought me here,” said Atlanta-native Quentin Reynolds, otherwise known as Cassadine. “But it has always been one of my dreams to move to Chicago or New York.”

After being dared to dress in drag by his best friend during Pride in 2009, and, as of late, being a regular competitor in the Miss Continental Pageants in Boystown, Cassadine has already built a following in the Chicago drag community.

“I kind of went out on a whim and started doing pageants,” Reynolds said. “It kind of skyrocketed from there.”

Reynolds’ drag name is a play on words. Aria means song, which is an ode to his music major in college; the B stands for Jeremy Burnette, his “Drag Dad”; and Cassadine is for Tanisha Cassadine, a fellow drag queen, who passed away in 2017.

Reynolds is classically trained in music, vocals and theatre. He attended Tri Cities High School in East Point, Georgia, and then the Point Park Conservatory of Pittsburgh. Art is embraced in every aspect of his life. In his downtime he listens to music on his record player, sketches and people watches, which is his favorite pastime.

“Life led me to this, it was nothing on my part. I had no real drag background.  I wasn’t a club hopper, so it really wasn’t something that I was extremely familiar with,” Reynolds said. “As funny as it is, I kind of woke up 10 years later and I was Aria B. Cassadine with all these sort of accolades behind my name.”