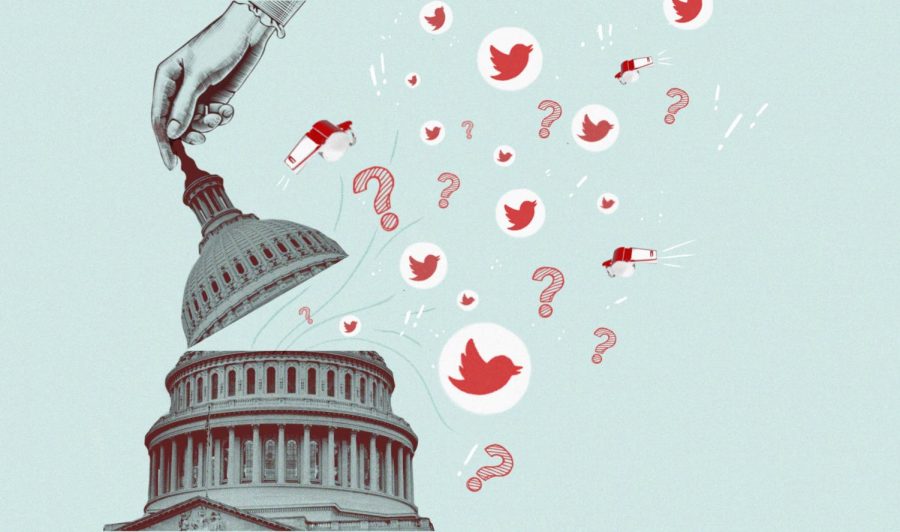 When news broke of the U.S. House of Representatives moving forward with a formal impeachment inquiry, many automatically assumed impeachment and removal from office were one and the same. Fact check: They’re not.

Throughout American history, the U.S. Congress has only made strides toward removing three presidents. Though two were impeached, none was actually removed from office.

The modern American public has little experience with impeachment, aside from those who lived through Richard Nixon’s and Bill Clinton’s impeachment inquiries. This has contributed to a misunderstanding of what President Donald Trump currently faces, said Dick Simpson, a political science professor at the University of Illinois at Chicago and a former alderperson for the 44th ward.

“Impeachment is not an everyday process,” Simpson said. “[Students] will learn as the process goes forward.”

Impeachment begins with the announcement of an inquiry, which was carried out Sept. 24 by Speaker of the House Nancy Pelosi (D-Calif.). Then, House committees submit evidence for impeachment, although the Intelligence Committee has been designated by Pelosi to lead the investigation. This is where Congress currently stands in the process.

If the committee finds there is sufficient evidence to impeach, the Judiciary Committee will send articles of impeachment to the full House floor for a vote, which will require a simple majority to pass.

Given the House is comprised of a Democratic majority, there is a high likelihood the House will vote to impeach Trump.

This does not mean Trump is sent from the White House packing, though.

The articles of impeachment are then sent to the U.S. Senate where Senate Majority Leader Mitch McConnell (R-Ky.) has multiple options on how to proceed: McConnell could call for a vote on whether to dismiss the articles outright or hold a trial conducted by the Senate.

If the articles are not dismissed during a potential vote, the Senate will hold a trial before the Chief Justice of the United States. If, after the trial, less than two-thirds of the Senate vote to convict, Trump will not be removed from office. If two-thirds do—however, this is unlikely in the Republican-controlled Senate—Trump will be removed from office and Vice President Mike Pence will likely take over executive duties.

Still, there is always the possibility Trump, and even Pence, will be pressured into resigning from office, as Nixon did in August, 1974 after White House subpoenas were sent by Congress in relation to the Watergate scandal. One former Trump Organization executive predicted on CNN that Trump will resign rather than face impeachment.

There is also the chance that Pence will be impeached or forced to resign given his alleged involvement in the Ukraine scandal that ignited the inquiry. In this case, Pelosi would take over the executive office per the constitutional line of succession.

Chiefly, the impeachment inquiry gained momentum after news broke that Trump had requested Ukrainian officials look for dirt on 2020 presidential candidate and former Vice President Joe Biden in exchange for foreign assistance for Ukraine. It was then leaked to the government by a whistleblower within the CIA, as reported Sept. 26 by The New York Times.

Wilfredo Cruz, associate professor in the Humanities, History and Social Sciences Department, said many of the students in his “Urban Politics” course are keeping up with the inquiry—which, he added, is on the same level as the Watergate scandal of the 1970s that also stirred attention among youth.

“A lot of [my students] are for it, of course. There’s a lot of dislike of this president,” Cruz said. “You’re supposed to bring the country together, so a lot of students are frustrated. A lot of Americans are frustrated with [Trump]; Enough is enough, already.”

“The Clinton issue is essentially a moral issue at its heart,” Simpson said. “The issues related to Trump go to the undermining of the country itself … by involving foreign governments and subverting the electoral process.”

Robert Watkins, associate professor in the Humanities, History and Social Sciences Department, said while the public is divided now, the division was much more intense during the Clinton era.

Watkins added that Clinton and Trump’s reactions to the inquiries don’t have the same level of intensity. While Clinton was angry and put up resistance, Trump has labeled support for the impeachment treasonous, and tweeted that it was “Presidential Harassment!” Trump has further gone on to deflect the inquiry by publicly calling for China to look into the Bidens and for a reexamination of 2016 presidential candidate Hillary Clinton’s emails.

“Everything with the current president is different,” Watkins said. “With his Twitter rants and the kinds of ways in which he breaks norms calling the leader of the House Intelligence Committee treasonous. All of that is unusual and outside the norms of Washington politics.”

The political ripples will undoubtedly affect the 2020 election, though politicos are unsure of exactly how. For Watkins, he said the impeachment would signal that the Democratic Party has the strength voters are craving, and could, therefore, buoy the party’s spirits going into the elections. However, Watkins countered that anger surrounding impeachment or Trump’s possible exoneration by the Senate could energize Republican voters.

Although it is possible the Democrats’ call for impeachment could blow up in the party’s face in the 2020 election, Simpson said he is “not sure the Democrats have much choice” on whether or not to impeach because of pushback from blue voters.

At the same time, Simpson said the inquiry may “fracture” the Republican Party, as public opinion sways during the investigation, likely allowing Democrats to take back the Senate.

Although many Republicans stand in support of Trump, a handful have begun to voice opposition, including Sen. Mitt Romney (R-Utah) who called Trump’s efforts to extract information on Biden from Ukraine and China “appalling” in an Oct. 4 tweet.

With the race for president well under way on both sides of the aisle, Simpson warned against 2020 presidential candidates building their campaigns too heavily around impeachment.

“One of the problems is it derails part of the [2020] primary process,” Simpson said. “It distracts Democrats from other issues. … The other questions, which are very important in choosing who should be the Democratic candidate, may get sidetracked.”