The hunt for the unicorn: a search for satisfaction 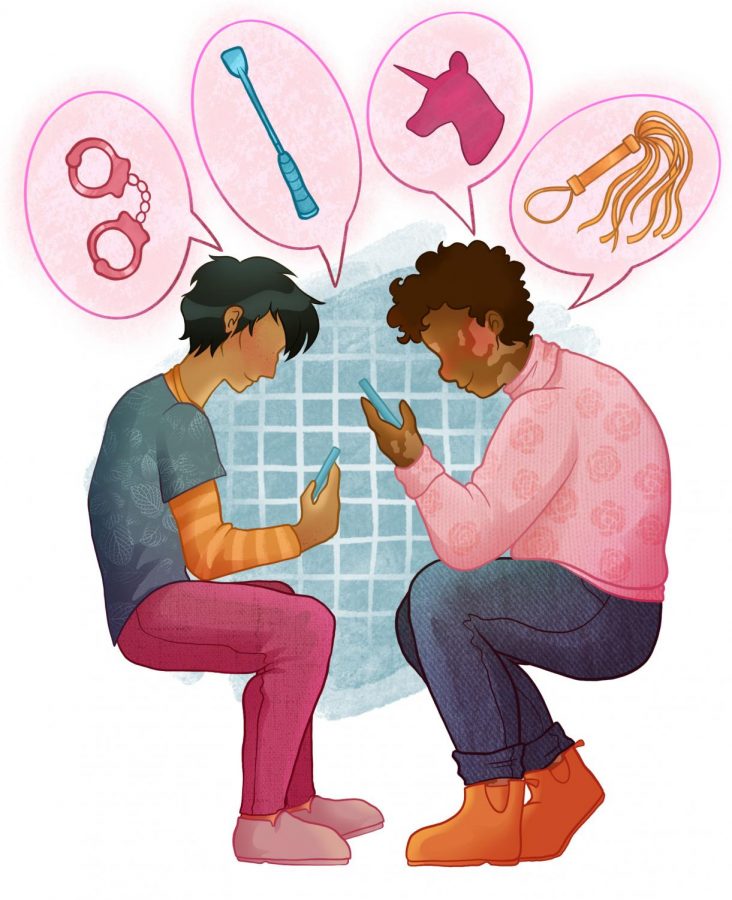 “We started looking across Tinder and Grindr because we swing both ways and … from there we did it often since we enjoyed the whole experience,” Cooper said.

For those browsing various dating apps and websites, unicorns are more than a fairytale creature.

With relationships and casual hookups easily accessible at people’s fingertips with services like Tinder, Feeld, Grindr and Fetlife, the search for the more culturally “taboo” types of sex are easier to find than ever.

As with any meet-ups on dating apps and websites, this type of sexual relationship comes with safety risks. But for some Columbia students, it has led to satisfying their sexual exploration without the shame.

Shoana Hunt, a junior acting major, is involved in a polyamorous relationship with two other people who were introduced to the concept of polyamory, the practice of engaging in multiple sexual relationships with the consent of all the people involved, through Tinder and other dating apps.

“I would go on and see couples using the same account to look for unicorns, and they are considered unicorn hunters,” Hunt said. “I’m not a unicorn, and I did not go to Tinder specifically for threesomes, but that is where I ran into it.”

Hunt said because there is a social stigma toward couples looking for threesomes, it is often considered a “predatory” act. They said the stigma stems from certain couples who look for a third person to strictly have sex with and nothing else.

“When my partners asked me out, they specifically said, ‘We are not unicorn hunters,’ because there is an idea of when you do that, it becomes an ‘us and them’ type of thing,” Hunt said. “The couple and the single person … are coming together briefly, and [my partners] wanted to make it clear they were not doing this just for sex, they were interested in me as a person.”

Elizabeth Davis-Berg, a professor in the Science and Mathematics Department who specializes in the evolution of sex in animals, said the conversation surrounding sexual activity is pivotal.

“If people are talking about the fact that not everybody wants the same thing in a sexual relationship, that is good,” Davis-Berg said. “Communication is important no matter what kind of relationship someone is having.”