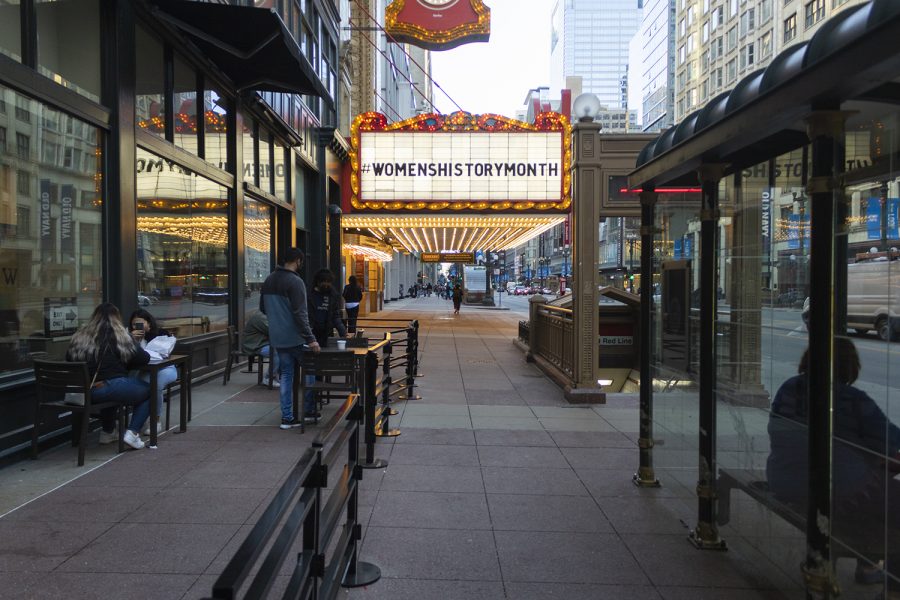 There is no singular female experience, and reading books authored by women whose experiences differ from your own can be a great place to begin educating oneself about intersectional feminism.

In honor of Women’s History Month, female-identifying members of the Chronicle staff have compiled a list of books that uniquely represent the female experience.

Synopsis: This is a book of poetry in which Salgado delves into her love, loss, place in the world and feelings as a Latinx woman in today’s society. It is the first in her trilogy of poetry books.

I think Tumblr probably told me about it, but after I found this one, I snooped around for her next few [books] on her Instagram as they came out. I’m so glad I picked it up, and I return to it and its sequels occasionally in times of heartache.

[Salgado] uses vivid imagery that is often intertwined with the culture she grew up with in a household with parents who immigrated from El Salvador. She not only speaks her mind, capturing the smallest details of a situation, but she also projects powerful emotions using physical imagery, like thorns under skin or a slowly ripening mango.

Synopsis: A young Black woman named Sophia is in love with her best friend who loves her back, but there is a tradition of attending the annual ball to get courted. In the story, Cinderella’s narrative has been used to control women of the kingdom and set a standard for femininity. If girls don’t get a match by the end of their courting season, they get discarded by society and are never heard from again.

I liked that this was a rewrite of the original Cinderella story and told in a way where there isn’t a cliché damsel-in-distress archetype. I’m glad I picked it up because the plot was very out of the box.

The book explores how in the Victorian era, women were merely ornaments and status symbols to men. Their marriages were brokered without their consent, and there was no allowance for nonconformity. The book also examines how women are rated on their looks and economic status, [along with] LGBTQ+ issues—that are relevant now—with consequences that fit a dark fantasy world.

It’s important that people read this book because it forces you to examine old fairy tales and … think about what morals or virtues were being inserted into these original tales. The book challenges conventionality [and] adds people of color while giving you a truthful look at their society.

“In the Dream House” by Carmen Maria Machado, picked by Brooklyn Kiosow, co-editor-in-chief

Synopsis: In her memoir, Machado writes about an abusive relationship and dissects the mechanisms of psychological abuse. In the short chapters, which are driven by narrative tropes such as a haunted house, we read about her personal experience with domestic abuse, and Machado also directly addresses how uncommon it is to read about abusive queer relationships.

Machado also wrote “Her Body and Other Parties,” which is a collection of short stories that initially prompted me to pick up this book. “In the Dream House” is unlike any book I’ve ever read in terms of form, and after reading, I left with an eerie feeling but also a feeling like I had just read something everyone should read.

How does this book authentically capture the experience of being a woman (or being a female member of a specific community)?

This book helps debunk the myth that lesbian relationships are always safe, which makes it easier for people to leave abusive relationships. It vividly captures what it was like for Machado to remain in this relationship and how it changed her as a person and shaped her as a woman.

“In the Dream House” pushes the barriers on what a memoir is and can be. Machado questions everything in this book, which makes the reader question things, too. People should read this book because it’s one of very few depictions of a harmful queer relationship and criticizes popular media and famous works of film that should be questioned.

Synopsis: When 17-year-old Nima Kumara-Clark encounters a drag show at a local festival and starts developing feelings for a performer, her boring life is turned upside down. As Nima befriends drag queens and starts to think about performing herself, she learns more about her identity as a Black, queer woman and eventually finds her way to love and self-acceptance.

I was immediately drawn to this because it was on a sapphic young adult novel list, and I’m always searching for more stories with romances between lesbians or bisexual women. It ended up being a really great coming-of-age read that covered the concept of womanhood and femininity from a BIPOC and LGBTQ+ lens. It’s always great to hear more about the experiences of drag queens and kings and transgender and nonbinary people, rather than just cisgender women.

How does this book authentically capture the experience of being a woman (or being a female member of a specific community)?

The book does a great job of addressing how awkward it can be to figure out your gender identity and how you want to express yourself, especially in relation to your sexuality. I loved how Nima gained confidence in herself by hanging around confident drag queens and kings who expressed the importance of seeing gender as both a performance and something that you should be comfortable with. Throughout the story, Nima hits a number of roadblocks and setbacks, facing internalized homophobia and misogyny on her journey to self-love and accepting who she is and who she loves.

This is a uniquely queer, female book, written from a woman’s perspective—it is always important to read stories that might differ from your own experiences, and this book would be a great place to start. It is whimsical and fun, while also hitting on heavier subjects that may make you contemplate your own identity and gender presentation.