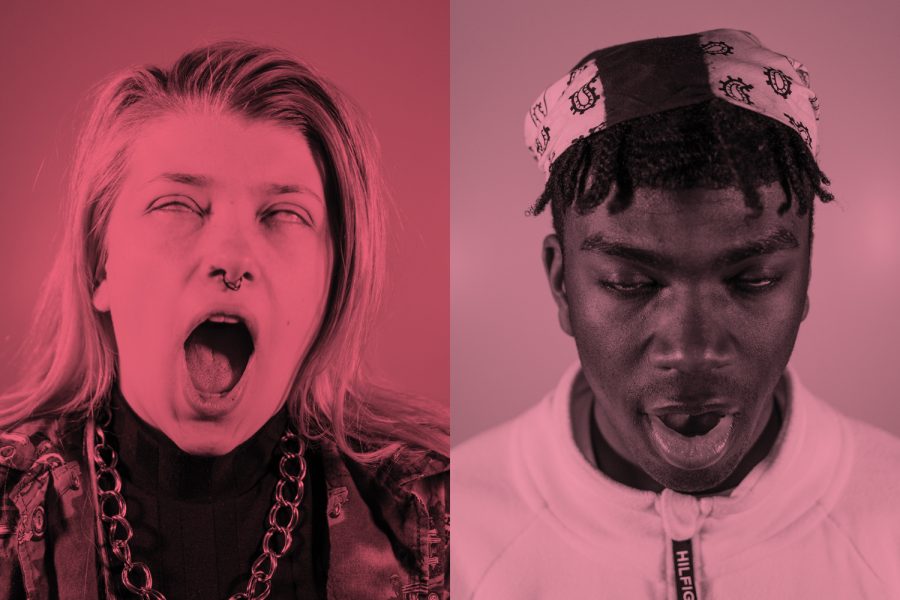 By Mike Rundle, Director of Photography

La petite mort. Ezra shodan. Konchayu. Orgasm. The sought-after peak of sexual activity. Or, as defined by Merriam-Webster, “the rapid pleasurable release of neuromuscular tensions at the height of sexual arousal.”

Every experience is different, and in this case, every face is different. To highlight these lustrous differences, the Chronicle collected a series of photos documenting the “O-face” of what some may call Columbia’s bravest students.

When creating this series, the Chronicle asked participants questions about funny sex stories, their deepest desires and how much pressure sex may bring to their lives. Answers varied widely, giving us all the more reason to bring their individual experiences to the forefront. Some had never faked an orgasm until they walked into our studio, some were nostalgic about their first time and some couldn’t wait to play with knives.

“Knife play,” said freshman journalism major Emily Corzo when asked what she wants to try in the bedroom. “Basically, you’re tied up and they take an edge of a knife and pull it down your body.”

Some, though, had a point to prove.


What is something you haven’t tried in the bedroom yet that you want to?

Was your first time having sex a positive or negative experience?

What is something you haven’t tried in the bedroom yet that you want to?

Do you ever feel any societal pressure around sex?

Have you ever faked an orgasm?

Do you ever feel any societal pressure around sex?

Do you have any funny sex stories?