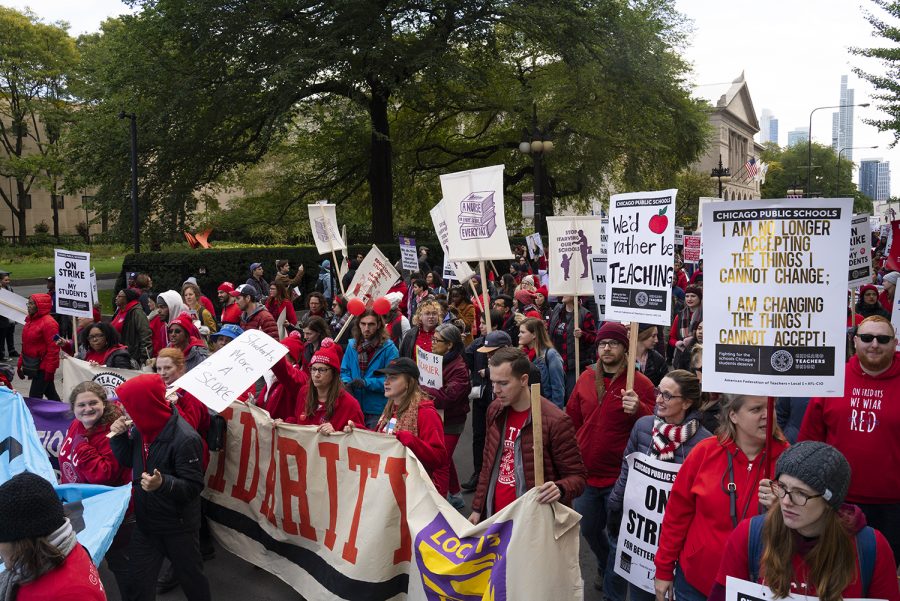 After an 11 day strike, the Chicago Teachers Union has reached a deal with the city, and Chicago Public School classes will resume Friday. Five instructional days will be made up—a compromise made between Mayor Lori Lightfoot and the CTU.

Late Wednesday, a tentative contract deal was reached after a majority vote by the CTU House of Delegates was held. That deal included much of what the union went on strike for—including at least one social worker and nurse for every school by July 2023; $500,000 allotted to the training of clinicians and other positions such as case managers and school psychologists; additional paid prep time for teachers; and the establishment of a joint staffing committee on equity that will oversee the hiring of 30 positions for the 120 highest-need schools.

“This historic agreement recognizes and values the voice and experience of Chicago educators, and turns the page and provides a new pathway for CPS and our rank-and-file members to do right by students and families,” said CTU President Jesse Sharkey in a Thursday press release before a final deal on make up days was struck. “Sadly, the same can’t be said about the mayor’s decision to not restore instructional time to our students.”

CTU said Wednesday the vote to accept the contract would only stand if Lightfoot allowed teachers to make up the 11 days of instruction lost to the strike; teachers are only paid for days of class instruction.

Lightfoot had not originally planned to make up any of the lost days, and there is no word yet on how the five instructional days will be added to the school calendar.