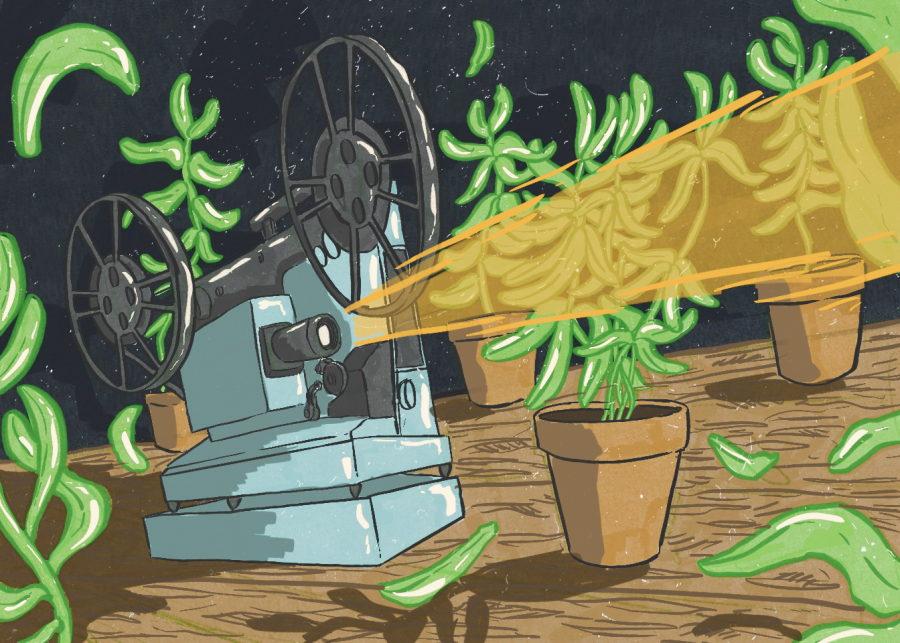 When one thinks of environmental activism, the location of a movie set might not be the first thought that comes to mind.

But sustainability leaders met via livestream recently to discuss the many ways the film industry can incorporate more socially and environmentally responsible practices into the pre- and post-production of movies and TV shows.

Hannah Soto, founder and CEO of Grey House Productions, a Chicago-based, women-owned video and production company, said she helps educate people on how important adopting sustainable practices are and how easy it can be.

The company is built around the core values of sustainability, equity and hospitality, Soto said.

“For us, it started as one small step at a time,” she said. “It was way too big of an idea to say, ‘How do we make a sustainability movement in the industry?’ I would ask, ‘How can we just reduce or remove plastic bottles on set? How can I remove or reduce the amount of waste?'”

Soto said that GHP is transparent with its resources, and that small steps like considering how to limit waste on a set can ultimately make a big difference.

On top of taking action through her own brand, she has hosted panels with the Chicago Film Office to share knowledge on sustainable film practices and encouraged others to be more environmentally friendly.

At a livestream on March 18, Soto spoke with other environmental leaders about sustainability in filmmaking to educate and empower others across the film industry, for both on- and off-set situations.

Soto said she began thinking about sustainability and how it applies to film in 2019. She said it started small, with steps as simple as considering ways to share resources from sets—such as cameras and props—to limit the amount of waste produced.

Taking on sustainable practices does not have to happen overnight, Soto said. If a company slowly switches to all LED lights or repurposed sets, it makes a difference.

“There are a plethora of resources. … Just take one small step at a time,” she said. “You can donate food, props and clothing. Also, re-home some things. Is there the potential to rent something from a colleague instead of needing to purchase it yourself? Share your resources, we truly are in this … together.”

Delta Institute, a Chicago-based nonprofit that works with partners across the Midwest to address complex environmental challenges, is currently focusing on reducing the amount of waste sent to landfills. The institute is working with municipalities, counties and businesses to develop management plans and strategies for wasted materials, as well as expanding their services to help production sets.

During the panel, O’Brien emphasized the importance of being aware of the harmful effects waste can have on the environment.

“We produce a ton of waste,” she said. “So we have to look at how we can reduce and also divert that waste, as well as [understanding] the energy consumption that it takes to power our sets can often be quite high and demanding.”

Kaliski said it is important for companies to be mindful and ask themselves if they really need to fly to various countries to shoot, and if plastic bottles on set can be replaced with reusables.

O’Brien said just a single feature film production could average up to 250 tons of waste over the course of the show and accumulate over 64,000 plastic water bottles.

“Sustainability and hospitality go hand-in-hand,” she said. “As much as we care for people, we also can care for the future by making sure that we take care of the resources here on earth, … and that we’re not generating an excessive amount of waste … on productions.”