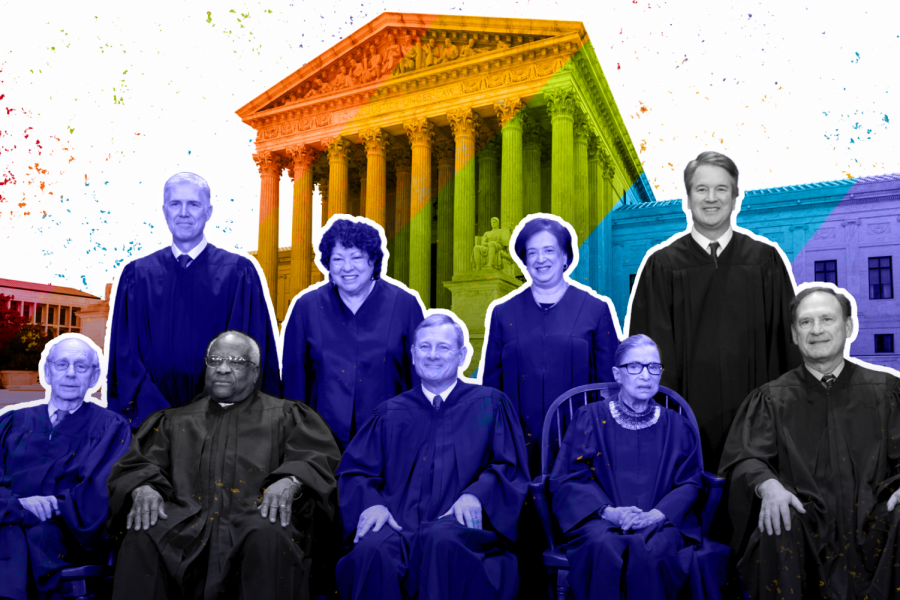 Following an unprecedented Supreme Court decision, LGBTQ employees are now federally protected from discrimination in the workplace, serving as an important step toward equal rights.

On Monday, June 15, Justice Neil Gorsuch and Chief Justice John Roberts Jr. joined the Supreme Court’s liberal justices in a 6-to-3 ruling to declare that Title VII of the Civil Rights Act of 1964, which prohibits workplace discrimination on the basis of sex, also pertains to LGBTQ people—which it did not before.

Gorsuch, a conservative justice, wrote in the Opinion of the Court that sex is a characteristic inextricably linked to sexual orientation and gender identity, rather than just a term used to encompass male and female.

John Knight, a senior staff attorney at the American Civil Liberties Union who worked on the case, said in a Monday press conference the decision is “obviously a huge victory” and offers “great hope” that similar cases can be won.

“This is not the end of our fight by any means,” Knight said. “We continue to need the Equality Act because Title VII and other federal statutes leave a number of gaps in protection that we need.”

Although the Illinois Human Rights Act has prohibited discrimination against LGBTQ people in employment, housing, public accommodations and higher education since its 2006 amendment, Knight said additional federal protections are necessary as they help in ways state protections cannot.

Currently, only 22 states including Illinois have specific non-discrimination statutes that protect people from inequity in the workplace due to their sexuality or gender identity.

“But at the same time, I know there’s so much more to be done,” Emme said. “Fundamentally, there needs to be more protections, especially for the black and brown community.”

Emme said they hope the acceptance they feel working at Columbia’s Student Diversity and Inclusion Office translates to the work environment they will be in after college.

A Williams Institute study at UCLA School of Law, conducted by research director Kerith J. Conron and research consultant Shoshana K. Goldberg, found there are approximately 11 million LGBT adults living in the U.S. and 8.1 million LGBT people in the workforce over the age of 16 by studying Gallup Daily Tracking Survey and Census Bureau data.

Camilla Taylor, director of constitutional litigation at Lambda Legal, an organization that works toward obtaining civil rights for the LGBTQ community, said the decision will have a “huge impact” on future cases, as courts often look to Title VII when deciding how to interpret other sex discrimination laws.

“We are bringing a sex discrimination claim against the government for its treatment of transgender [military] service members by banning them from service based on their sex,” Taylor said. “The Supreme Court [has now] said that if you ban transgender people, that is a form of sex discrimination. It just became a whole lot easier for us to win.”

Taylor said the federal Civil Rights Act of 1964 is also “a very powerful law” that allows employees to file a charge with the Equal Employment Opportunity Commission and have their legal fees paid for by the losing party if they win a Title VII case, making it easier for those experiencing discrimination to hold employers accountable.

However, Stephanie Skora, associate executive director at Brave Space Alliance, a black and trans-led LGBTQ center on the South Side of Chicago, said while the court’s decision is great for legislative virtue signaling, it does not necessarily mean bigotry will be prevented or perpetrators will face legal recourse.

Because of at-will employment in U.S. labor law, which allows employees to be dismissed for any legal reason without warning, Skora said employers can come up with other reasons to fire or mistreat gay and transgender staff members.

“This is a win for LGBTQ folks at a time when we haven’t gotten many wins, especially under the current administration,” Skora said. “… But we cannot sit down and pretend that LGBTQ people are actually protected from employment discrimination in the law.”

On the same day as the anti-discrimination ruling, the court declined to review the doctrine of qualified immunity protecting police officers from lawsuits over misconduct—a case Skora said would have been a better indication of where its members stand politically as many members of the LGBTQ community are affected by police brutality.

Skora said she was “very surprised” the court ruled the way it did and believes it is a positive indicator for where judicial politics are heading in the U.S.

“Overall, this is something worth celebrating,” Skora said. “Does it actually protect anybody? No. But it’s a step in the right direction for the court, and it’s a good thing to see.”