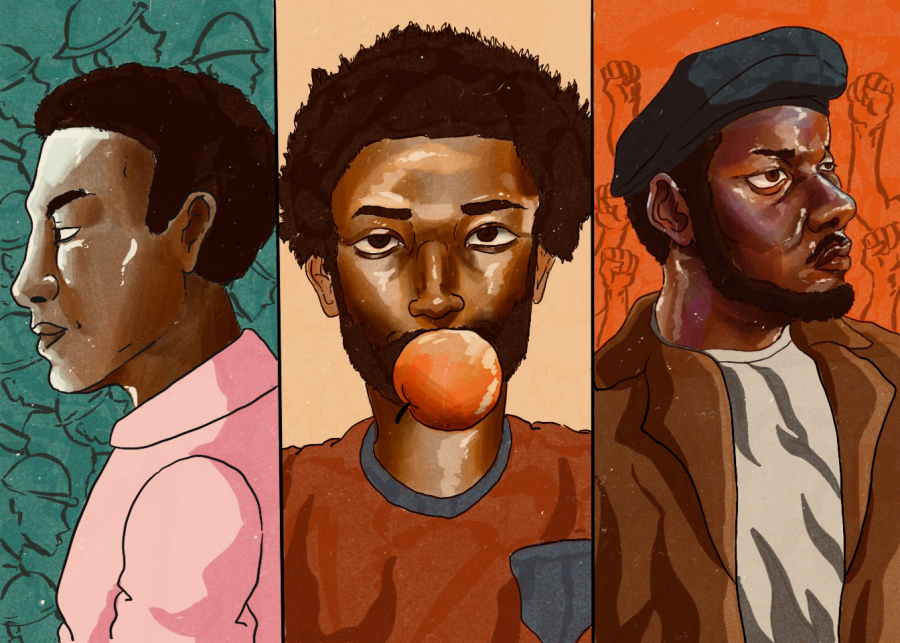 Whether it is listening to an album by Fela Kuti or working on a program like Black Souls Welcome, there are plenty of ways to engage with and support Black artists even after Black History Month ends.

In this special Q&A, the Chronicle spoke with students, faculty and staff to find out what Black art they are engaging with to celebrate.

Synopsis: “Zombie,” a 1976 jazz-funk album by Nigerian musician Fela Kuti, criticizes the Nigerian government and uses zombie as a metaphor to describe the methods used by the Nigerian military.

Kuti is such an incredible figure in Nigerian history—a history I knew nothing about before researching him. After years of protests, riots and slander of all kinds against him, he managed to use his music and his fans to lead a rebellion demanding freedom of speech. The political environment of 1970s Nigeria was not a friendly one and it made me realize how much we take freedom of speech for granted.

Why should other people listen to this?

Jazz music in general needs much more exposure. The sheer talent is unmatched, and I find the music to be some of the most expressive and fiery music out there. I feel the hatred, rebellion and protest within every note of “Zombie.”

“One on One,” a sitcom created by Eunetta T. Boone, picked by Niko Banks, graduate student in the English and Creative Writing Department’s fiction program:

Synopsis: Flex Washington, a former basketball player and current sportscaster, becomes a full-time single parent of his daughter Breanna after his ex-wife accepts a job out of the country.

How has it changed your perspective?:

[It] has shown the possibilities [of] what could be shown in terms of television representation.

This series is created by a Black woman, … [and] the show stars Black actors and is told from a Black perspective. The show showcases successful Black characters—the father is a popular news anchor and the mother is a scientist, and the daughter Breanna is a talented entertainer at a high school for the arts. Breanna is shown as smart and fun [and] is not over-sexualized, and she is allowed to make mistakes and be a kid. This is a positive and entertaining example of [proper] representation in sitcoms.

Synopsis: The Columbia program is an exhibition series highlighting artists of varying mediums to portray different facets of Black life.

I’ve mainly been handling the administrative duties as our SDI student staff has done the heavy lifting of curating this program, but as a non-artist with limited creative ability, it has been incredible to engage with the work and talents of this exceptional group of Columbia students. To see how they experience Blackness in their work and the world around them and how they invite other Black folks to reflect on their own experiences. In a very challenging, isolating and uncertain time, it has given me some space to reflect on my own experience as a Black/mixed-race person through mediums that I don’t necessarily engage with regularly.

Why should other people check this out?

We are so excited to showcase Columbia student work through this program and highly encourage folks to check it out whether in-person or online. They can check out our SDI Instagram for more info: @columbiachisdi.

Synopsis: In Ward’s acceptance speech, she addresses why she writes and says she aims to honor her brother. As she continued writing, she began to expand what she wrote about.

I had read Ward’s “Men We Reaped: A Memoir.” She wrote about the five young Black men in her life that died in four years, [which] included her brother, Joshua. While reading the work, I feel her grief and after watching Wards’ speech, I reread the part of the book that is about Joshua, [and] I started learning more about systemic racism and how it affects Black people in this country.

Why should other people listen to this?

Ward is my favorite writer and her intelligence [comes] through her words.

Synopsis: Earn, played by Donald Glover, becomes the music manager of his cousin Alfred, who has gained popularity as a rapper. Alongside being a manager, Earn attempts to redeem himself in the eyes of his ex-girlfriend and mother of his child.

It is a beautiful and surreal portrait of not only a few characters’ experiences trying to make it in the Atlanta rap game, but [it] has a lot to say about basically every part of society as well as race.

It is a unique, beautiful and daring television show that will inspire many deep questions [from] the audience.

“Judas and the Black Messiah” directed by Shaka King, picked by Pegeen Reichert Powell, chair of the English and Creative Writing Department:

It was strange watching it because it made me feel a profound cynicism and a glimmer of hope at the same time. The cynicism came from the reminder of just how deeply entrenched the abuse of Black people is in our systems, especially in law enforcement. This happened just a generation ago, and the racism was so overt that it was hard to watch, and I don’t think it has changed in significant ways. The hope came from the thought that the kind of coalition that Fred Hampton was building is possible. It was inspiring to watch.

While I’d recommend this movie to anyone, the Columbia community should watch it because these events took place in our backyard. It’s a hugely important piece of Chicago history.