Students are not sticking to their majors 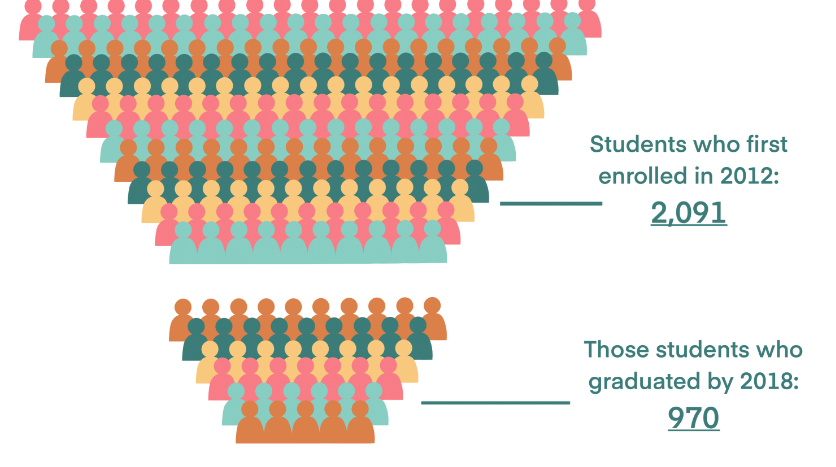 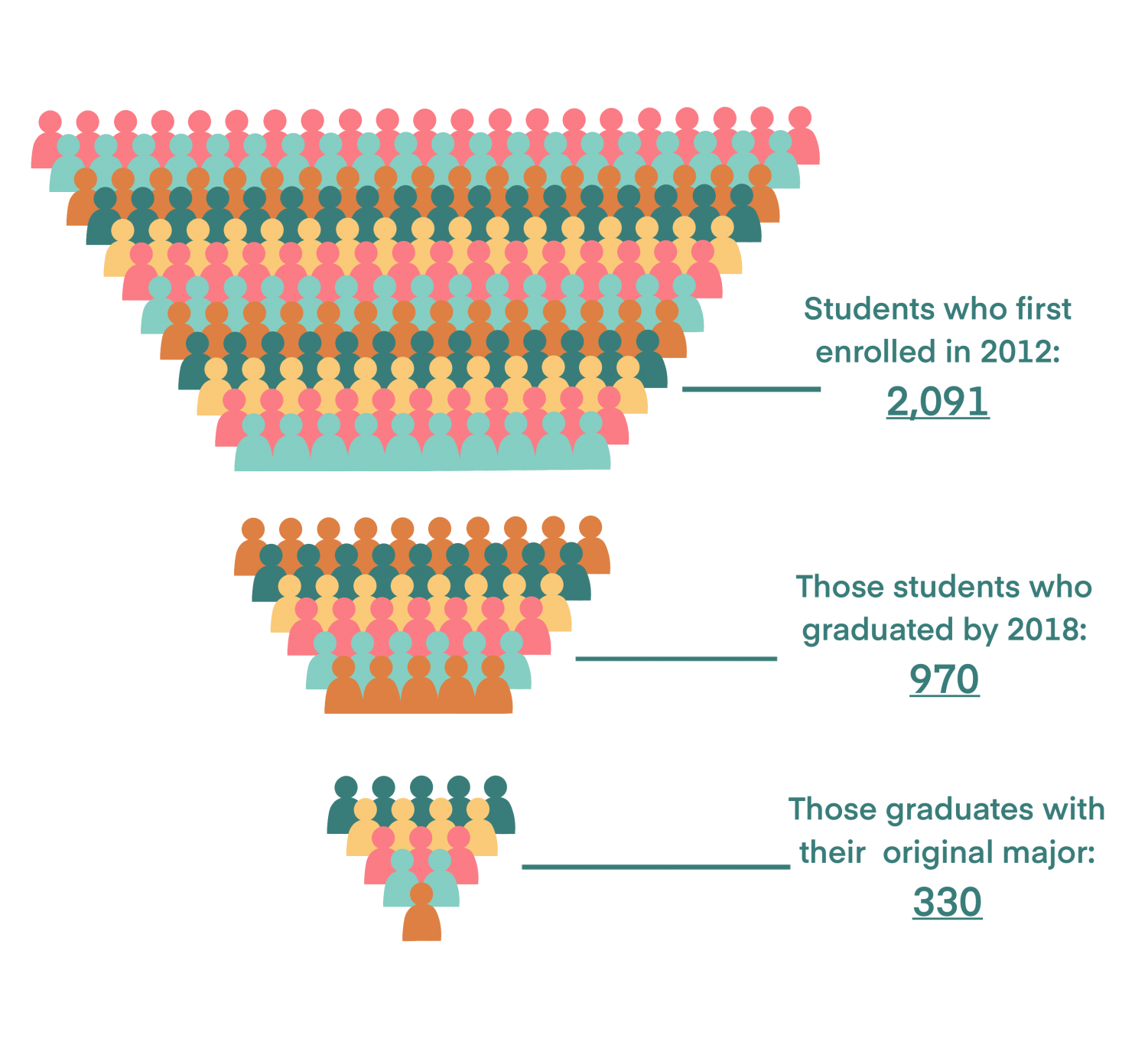 Patrick Kyle switched his major from comedy writing and performance to cinema art and science at the end of his freshman year, and subsequently changed all of his classes for the following semester. Because the late registration did not leave many class choices, Kyle said he was placed in courses that did not seem right for him.

Kyle said he was more passionate about film, causing him to switch majors. Although it was initially a setback, he said he eventually realized comedy was not the vocation for him.

Out of the 2,091 freshmen students enrolled at Columbia in 2012, only 970 graduated within a six-year period, according to the Fall 2018 Institutional Effectiveness report. Of all graduates, only 34% graduated in the major they had initially chosen.

“This is part of some college students’ experience,” said Director of Academic Advising Keith Lusson. “They come as one thing and end up pursuing another.”

Talking and interacting with other students who share the same interests is a good way to investigate a potentially better-fitting career path, as well as asking questions of professors and administrators to see if they can offer a different point of view, Lusson said.

Betsy Edgerton, associate professor in the Communication Department, said students should look beyond what the college and classes can offer students by researching careers and specific industries.

“[Students need] to look at the new major as a researcher would, to figure out everything you can about the people who work in that industry,” she said.

On the other hand, Lusson said switching majors can be complicated for seniors due to the number of credits they have already taken throughout their years of study. But, that is not something that should stop them from doing it if that is the student’s desire, he said.

“At the end of the day … it’s that student’s education,” Lusson said. “You’ve just got to be very real about it.”

It is crucial that students stay informed about their financial status at school and the possible changes that switching majors may bring, said Assistant Vice President of Student Financial Services Cynthia Grunden.

Grunden said, in terms of financial aid, students should consider whether they will exhaust their Federal Pell Grant during their enrollment, since the grant only covers a total of six years of college. Students can also exhaust Monetary Award Program Grants, which are only applicable for up to 135 total credit hours.

“Major change doesn’t necessarily mean that any of that has to happen,” Grunden said. “Especially if a student changes their mind early enough and [makes] good use of their elective credits.”

Linda Davis, assistant director of advising at Roosevelt University, said this situation is a constant variable in academic institutions because there are no specific periods of time in which the number of students switching majors increases or decreases.

“You don’t want to go into a career choice that’s not what [you want] passion-wise,” Davis said. “You have to remember you’re going to be doing that for every day of your life.”