Stay home, tune in: Zoos and animal shelters get creative to connect with animal lovers 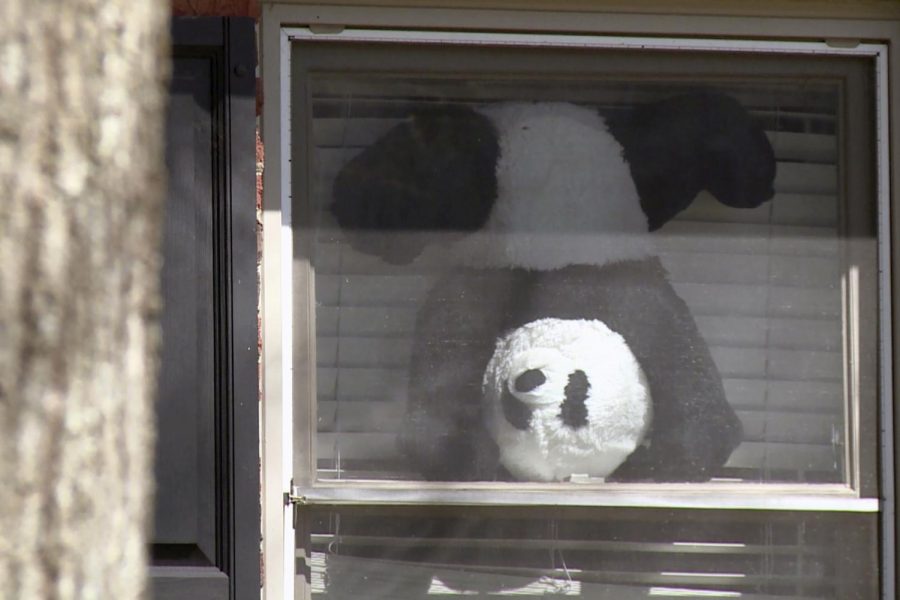 By Dyana Daniels and Kendall Polidori

While people in Illinois are remaining in their homes, penguins are waddling through empty aquariums, primates are going live on social media and animal shelter owners are finding creative ways for people to adopt a new pet.

The view from Sheltering in Place with Pip. ❤️👀❤️ Want to Shelter in Place with Pip or another ACL adoptable? Fill out the foster application on our website. We are running with minimal staff and volunteer support so foster homes are still needed. Pip is also looking for his forever home. Follow him in his current foster home: @summitboxer 📸@summitboxer #tooclose #socialdistancing101 #stayhomewithdogs #foster #adopt #animalcareleague #oakpark

Animal shelters
The Animal Care League—a private, nonprofit, no-kill shelter based in Oak Park— had a head start on figuring out a plan to take care of its animals while keeping employees and the community safe, said Kira Robson, the shelter’s executive director of the Animal Care League.

Oak Park was ordered to shelter-in-place a week before the rest of Illinois, and in response, the shelter limited the number of volunteers and appointments.

“This shelter-in-place order affects us slightly differently,” Robson said. “Because we are an animal shelter and because we do provide intake for seven local communities as far as their police and animal control go, we are considered essential service.”

The shelter has begun practicing social distancing and requiring core volunteers to get health screenings before caring for the animals.

“Everything has gone by appointment, and we are doing the majority of that appointment virtually,” Robson said. “If the person ends up being a viable adopter, or is a great fit, we are doing appointments and curbside service for picking up your adopted animal or your foster pet.”

To keep up the adoption momentum, the Animal Care League is planning to host livestreams for people to get to know the animals.

“We are not reinventing the wheel; we are doing a lot of virtual things,” Robson said. “We are trying to figure out how we can do something that is a very in-person process as virtually and fun as possible to keep our adopters engaged with us.”

Moving online is not an option for all animal care facilities, though.

Chicago Exotics Animal Hospital has seen a loss in its normal business but is taking more appointments because other exotic animal hospitals are closing. To keep both employees and customers safe, the hospital has implemented curbside services, over-the-phone appointments and wearing protective gear when necessary.

“We are not allowing anyone in the clinic other than euthanasia,” said the hospital’s office manager, Lamor Gatenio. “We feel it is inappropriate to not allow someone to be with their pet at the end of their life.”

Other shelters like Red Door Animal Shelter have closed their doors to the public altogether. The no-kill shelter sees animals ranging from cats and dogs to rabbits. With five total employees, the shelter stopped fostering animals before March 20, but they continue to care for the animals and sale supplies.

“It is very bad for our revenue and our adoption numbers [to stay closed],” said Marcia Coburn, the shelter’s president. “For April, we were hyper-organized and had so many events.”

The shelter was set to have its annual dog Easter egg hunt in early April, a 5K run the Saturday before Easter, animal spa days and bunny yoga, but now those events are canceled.

“We are going to have to really scramble to try to make up,” Coburn said. “We are interviewing people for adoptions right now and explaining the situation. As soon as we feel we can restart adoptions, then we will do that.”

Coburn is worried the reaction to animals online may be different when those looking to adopt meet the animal in person. For instance, with animals like rabbits the shelter will have “bunny speed dating” to ensure rabbits will bond with rabbits already in a home.

“That’s something I don’t think we could really do virtually,” Coburn said.

Samantha Conrad and her partner had the opportunity to foster a husky mix named Bernie. About a week ago, she said, she and her partner were looking to get a dog and now felt like the perfect time.

“It has been a blessing in disguise because for the first time all the dogs that needed to be fostered are being fostered right now,” Conrad said. “A lot of people seem to have time.”

When picking up Bernie, Conrad said social distancing was practiced and the foster coordinator handed off the leash from a distance. Conrad fostered her husky mix from One Tail at a Time and said the shelter is providing supplies for the dogs, but they are in high demand.

“A lot of people who are fostering are adopting their dogs,” Conrad said. “I don’t know if that’s normal, but I would suspect that because of everything going on, people have so much more free time. We are thinking about adopting Bernie.”

Zoos, plus their impact on students

Although Brookfield Zoo closed its indoor animal exhibits to the public March 14, and its grounds completely March 19, the zoo’s animal care team continues to bring the animals to people through livestream videos on Facebook.

Monday through Friday, the “Bring The Zoo To You” animal chats offer a glimpse into the animals’ lives and serve as an educational experience, with zoo staff sharing facts and answering questions. During these chats, different animals are shown and viewers are welcome to ask questions.

Andre Copeland, interpretative programs manager, said the zoo’s team wanted to focus on “uplifting content” during this time and to show people that the care team is still working to keep the animals healthy.

“Nature seems to be something that can help ease our stress, anxiety [and] lower our blood pressure,” Copeland said. “Nature has been something that is tightly tied to us since the dawn of time.”

Lincoln Park Zoo closed its grounds March 12 until further notice, but it has been providing livestreams, educator chats and video tours on its social media platforms.

Because the college suspended in-person classes until April 6, subsequently announcing all classes could be transitioned online and closed campus dorm buildings for the remainder of the semester, Aiello moved back home to New York. She said she is far from completing her required observation hours and will not be able to complete them even if the zoo were to reopen.

Although she is unsure how exactly the remainder of the course will pan out, Aiello said she can use the hours of observation she already had or the zoo’s livestreams to complete her final study and paper on flamingos.

“We’re no longer doing the fun part of the class,” Aiello said, in reference to visiting the zoo each week.

Michelle Rafacz, associate professor of biology in the Science and Mathematics Department, said she has struggled with keeping the integrity of the courses she teaches while transitioning to an online platform.

As Aiello’s professor, Rafacz said the course has presented the biggest challenge for her with the zoo closure, and students have had to switch to observing animals through virtual zoos or livestreams.

She said it has been difficult to maintain the design of each individual student’s research project, but she has been able to help her students restructure in a way that best fits their capabilities.

“In my own career, I’ve had to deal with major abrupt changes in my own research projects—this is just part of what real-world science is about,” Rafacz said. “You have to adapt, and this pandemic has actually presented my students with the best example of how to respond when things don’t go as planned in science.”

Bill Zeigler, senior vice president of animal programs at Brookfield Zoo, said there have been no changes to the care of the zoo’s animals, and said there are core, essential staffers working every day.

Although food, medicine and other products needed to be taken care of, the animals have not been threatened, and Zeigler said the zoo has made sure to stock enough supplies to last eight weeks if there were to be a shortage in the future.

Along with keeping their distance from coworkers, the zoo’s care team only comes in contact with the animals when it is absolutely necessary.

Zeigler said there are species, such as primates and viverrids, that are at risk of either carrying or contracting the virus. As of April 5, the first and only animal to test positive for the coronavirus is a 4-year-old tiger at the Wildlife Conservation Bronx Zoo in New York, which is said to have contracted the virus from a zookeeper, according to a WCS news release.

Zeigler said the care team at Brookfield takes necessary precautions when treating the animals, such as wearing masks and gloves.

“We’re still here,” Zeigler said. “We still have a moral and ethical obligation to maintain our animals to the highest welfare and enrichment standards as possible.”