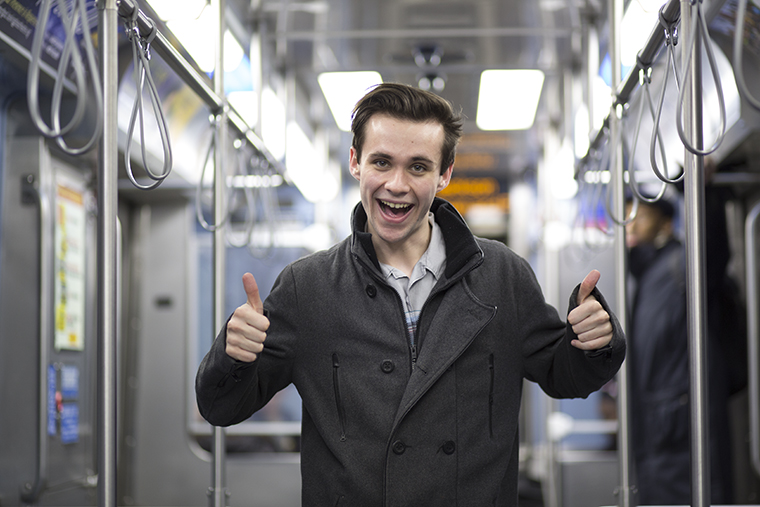 Evan Kasle, a junior visual arts management major enjoys his long commute to and from school twice a day.

In a recent study done by FuzzBeed, college students in Chicago say they would much rather commute two hours a day to school than live conveniently close
to campus.

The study was sent to anyone currently enrolled in a college or university in the South Loop, and the results were from an overwhelming four students.

The study had students answer questions as to why they would choose commuting to and from the city every day. All of the students said the same thing.

“Commuting is the best part of my day,” a DePaul University student said.

Students said commuting was their preferred lifestyle and there is nothing better than the day-to-day travel. The study also revealed that students love having to walk 10 minutes to the train, make it to the platform as soon as the train leaves the station, wait 10–15 more minutes for the next train, ride the train for 45–60 minutes, wait another 10–15 minutes for the bus and then ride that bus for another 10 minutes until they have reached their destination.

“I don’t understand why people hate it so much,” a Columbia student said.

Students said commuting is the only way they are able to socialize. The study showed that trains and buses are where people talk the most throughout their day and revealed that most met several of their best friends while on public transportation.

“Public transportation is a pool for human interaction,” a Roosevelt University student said.

Students also said they love when people interact with them, especially by shouting. A student from Robert Morris University said his fondest memory of commuting was when he was verbally harassed by a stranger. He said he wishes it would happen more often.

FuzzBeed found that Spotify podcasts would ultimately fail without commuters subscribing to them. If Chicago students did not commute almost two hours each day, they said they would never have the luxury of  listenig to “Desert Survival” by Stuff You Should Know.

“Our target audience is young adults on public transportation for sure,” said a StuffYouShouldKnow spokesperson from HowStuffWorks.

The biggest reason students said they would choose commuting every day over living in the city was the impeccable service and entertainment on the CTA and Metra. Between the five-star cleanliness and gourmet vending machines, there is no question as to why someone would want to spend hours of their day sitting on a train or bus.

“There are always cups of coffee on the ground for commuters to grab and drink as they go,” a Columbia student said. “People are so generous.”