SATIRE: Chris Harrison to deliver and receive the final rose 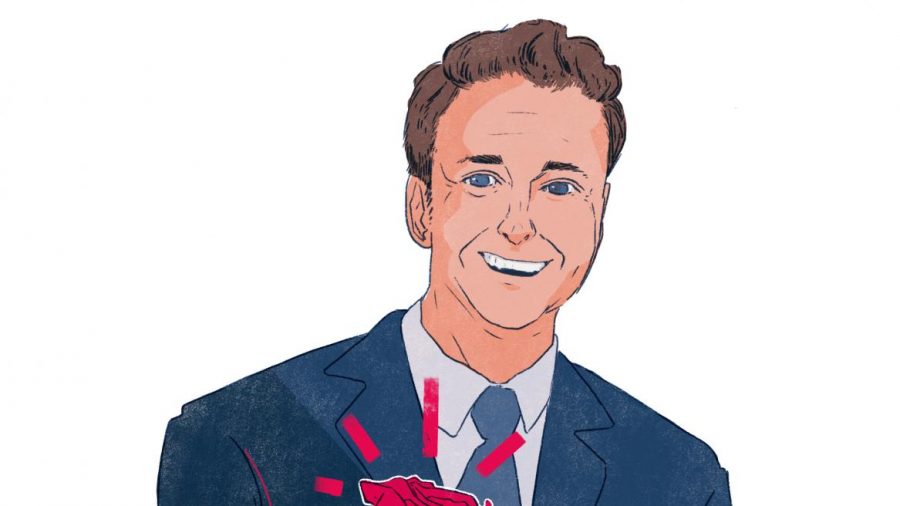 In 2012 Harrison separated from his wife, Gwen Jones, with whom he has two children. After years of trying to navigate modern dating, Harrison said he is finally ready to get serious and find love again.

“The separation left me feeling really lost. I’m finally ready to get serious about finding someone to spend the rest of my life with,” Harrison said. “Hosting a show about finding love has really helped prepare me to get back in the game.”

The decision to end the show after 17 years came after Colton Underwood’s infamous fence jump.

“We couldn’t think of anything else that would upstage the fence jump,” said Executive Producer Mike Fleiss. “So we decided to end it on a high note and call it quits before the show really goes downhill.”

Not only will Harrison be the final Bachelor, but he will also continue his role as host.

“It will be difficult to keep the two roles separate, but I’m confident that it will work out,” Harrison said. “We have an excellent team that will make sure things run smoothly.”

In what showrunners call the “most controversial season yet,” former contenders have voiced skepticism about Harrison balancing both positions.

“It’s a draining job to be around 24 gorgeous women who want to make out with you,” said Arie Luyendyk Jr., Season 22 bachelor. “Chris will have his hands full with the girls and the camera crew.”

“He makes having a family and juggling 24 women look easy,” Higgins said. “[Chris] is a great guy. He brings a real authenticity to the show.”

Photos from The Hollywood Reporter have shown Harrison upping his workout game with pilates and Zumba in preparation for the final season.

“He’s been dedicating a lot of time to getting back in shape,” Luyendyk said. “He’s been hosting the show from the very beginning, so he knows how demanding the shower scenes could be.”

Harrison said the show has been the perfect motivation for getting back in shape. For inspiration, Harrison hung a collage of all the shirtless bachelors above his bathroom mirror.

“Knowing I’ll have to be shirtless for half the show is a great motivator,” Harrison said. “I’ll be trailing some very handsome men, so there’s a lot riding on my performance.”

ABC has already begun casting women for Harrison’s season and rumor has it Season 21 favorite, Corinne Olympios, 27, may be in the mix. Fleiss said the women’s ages will range from 21 to 30 years old.

“Since I am still hosting, I got a sneak peek at the cast list. It looks promising,” Harrison said. “I’m confident I’ll find my forever love.”