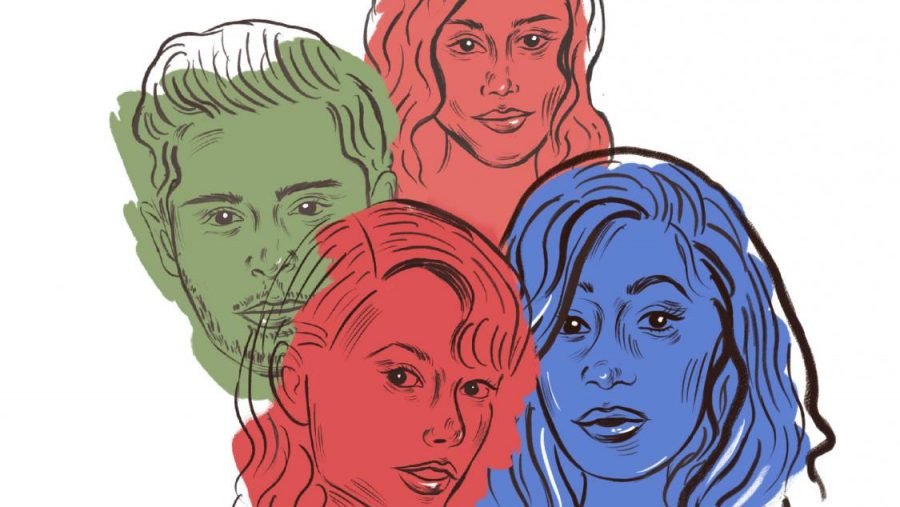 Cardi B [Boron] is an Art and Materials Conservation major determined to find the cure for cancer. She takes mostly science classes each semester because she has the most brilliant mind at Columbia. You can’t miss her, especially because you can probably hear her exclaim “Okurrr” every time there is an explosion in the science lab. Miss B is also a member of the Board Game Society, which helps warm up her mind before she hits the lab. She is a great Chess player, and wants to start a chess club.

This dance major is putting on a performance to demonstrate the art of veganism and how any other diet is practically impossible. On Friday nights, she can be found in the dance studios performing her original song, which includes the lyrics: “It all began when I found I wanted to be vegan. I immediately had to ban any desire for meat within.” Cyrus was last spotted wearing a sheep costume and bleating on her way to Columbia Renegades Dance Team practice.

Since day one at Columbia, Efron has wondered where the basketball team is. After dancing and singing frequently around campus, he realized the school mascot is the Renegades and petitioned to change it to the Wildcats. Although he loves basketball, he really wants to pursue musical theatre but knows he will be disowned by his father if he does. The undecided super senior is usually found singing and looking at himself in a mirror in the middle of Wabash Avenue and Ida B. Wells Drive. Maybe he wants DePaulians to hear him.

The theatre major is pushing Columbia to start the first ever Drama Club on campus. This will bring people together to gossip about one another in an environment that promotes toxic friendships and unnecessary conversation. The group will also engage in “How to Facetune” tutorials, led by none other than Kim herself. The theatre major said it will be a great addition to Columbia’s campus, as it will let people take their frustrations out on each other in a controlled setting.

When Taylor decided to focus on herself, she began by pursuing journalism at Columbia, Swift is the opinions editor with a twist. Although she is currently in a relationship, she still feels strongly about why relationships are always bound to fail. She signs every piece she writes for The Chronicle with #SQUAD. Swift has had beef in the past with Kim Kardashian, so you can imagine she probably will not be invited to join the Drama Club. Swift has a reputation of loving her cats and brings them with her to the office every day.