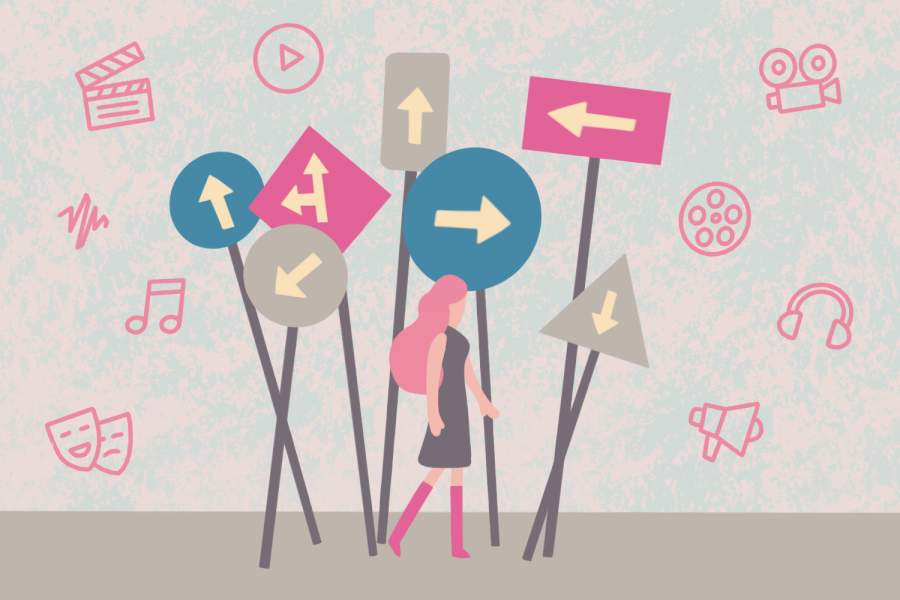 After graduating from Columbia in 2017, Zach Huber was working as a social media manager at a toy store before coming across a job listing on Craigslist for a television audio engineer for Split-Image Productions.

On the first day, Huber, who graduated with a degree in cinema arts and science, was given the code to owner and operator Max Miller’s garage, which held all of his equipment. Since then, he has worked on shows like VH1’s “Black Ink Chicago” and ABC’s “Nightline.”

Though the experience brought him to where he is now, Huber said it is important to build creative spaces for himself and those he works with in order to move away from work environments that follow the lead of entertainment industry moguls.

“We can create our own economy here and our own space so that we can make money and circumvent those people,” Huber said.

As part of the “Transition From Student to Professional” virtual discussion series, AEMMP Records hosted its second panel “Rise with the Wise” on Oct. 29. Huber joined individuals from the music and film industry to talk about their personal journeys toward professional settings.

The panel included Huber; John Grabrysiak, a veteran talent agent at Monterey International; Rylan Friedhof or Space Ca$h, a music producer who has worked with Kid Cudi and Jhene Aiko; and Briana Fennell, a project manager at Mom+Pop Music.

After college, Fennell, who is a 2019 music business alum, said she took a position as a marketing coordinator for KIDZ BOP instead of a job at a marketing firm because it was her first step into the music industry.

However, breaking into the music industry was not easy. Fennell said she constantly asked for advice from professors and people in the entertainment industry, all while keeping in touch with classmates and friends to collaborate with them on side projects.

“We are a team,” Fennell said. “I have quite a few people that I’m still consistently talking to that are classmates that I know I would definitely make something shake … and those promises will never leave because I love my friends.”

Fennell currently project manages artists like FKJ and Orion Sun under Mom+Pop Music and works closely with others under her own label, B. Soul Entertainment.

Gabrysiak, who has worked with Buddy Guy, Levon Helm and Cheap Trick, said recent graduates should be able to show they can work in a team.

Although he has worked in the industry for more than 30 years, Gabrysiak said for a while he became complacent with his job because he loved it and never looked beyond what he was doing in the moment.

But Gabrysiak encouraged students not to settle for being comfortable and to look outside of their comfort zone even if they are happy at their current job.

“You always have to know what you’re worth to other people so that you can see those other opportunities that are out there,” Gabrysiak said. “No matter how happy you are in a situation, know that there might be something better out there and always keep your options open.”

AEMMP Records will be hosting its next panel on Nov. 19 with more information to come soon on its website.