The Columbia Chronicle • May 27, 2020 • https://columbiachronicle.com/riad-ismat-prolific-writer-and-scholar-with-invaluable-knowledge 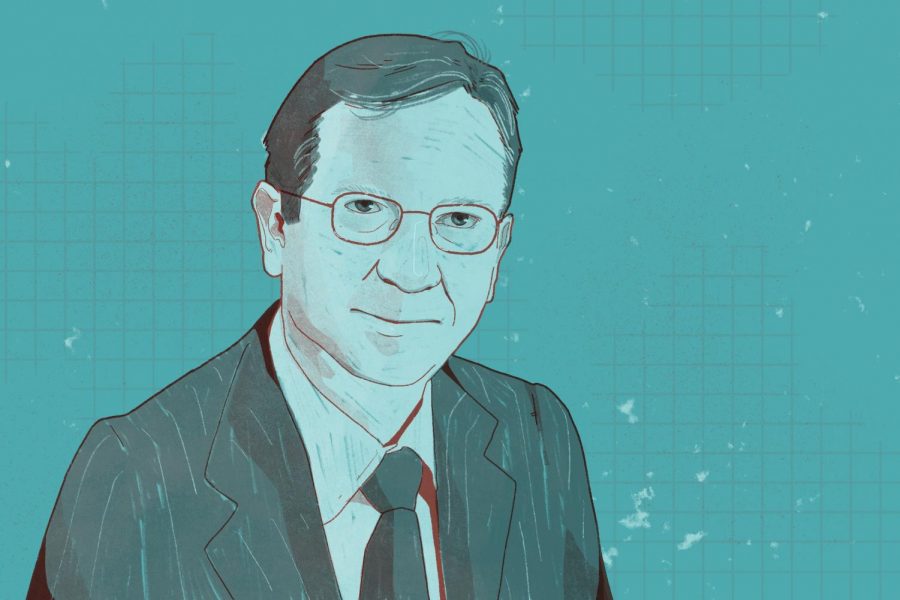 For Sami Hussain Ismat, his father will be remembered as determined and honest, with a love for humor, weekend morning sports games and being among others.

Writer, theatre scholar and former adjunct faculty member in the Theatre Department, Riad Ismat was a man who uprooted his life in Syria to provide a better one for his family, he said.

Ismat’s friend and colleague Jamil Khoury, co-executive artistic director of Silk Road Rising—an arts service organization of which Ismat was a member—said Ismat was someone who modeled integrity and valued cultural exchange.

“He was able to merge several worlds and several passions, both for storytelling and for historical and political analysis,” Khoury said. “He was always very gracious, very kind … very imaginative. A creative man with a great intellect.”

Ismat, 73, died Wednesday, May 13 due to complications related to the coronavirus.

“Up until now I didn’t know someone who died from COVID-19,” Khoury said. “And the person is someone who is very dear to me and who has touched so many lives.”

Sami Ismat said because wearing a mask is a small sacrifice to save lives, it upset him to see people without face coverings at his father’s burial.

“I just want to urge people to take this really seriously,” Sami Ismat said. “I know at the end of the day you can still get the virus with all the precautions, but it’s the least we can do, as a community and as people.”

Ismat worked with Green as the dramaturg for Columbia’s April 2018 theatrical production of the Persian poem “The Conference of the Birds” by Farid ud-Din Attar.

Ismat spent the majority of his life immersed in art and culture as a playwright, writer, literary and arts critic, theatre director and an acting instructor.

In addition to teaching at Columbia, Ismat also taught at Northwestern University, North Central College and the Newberry Library, Chicago’s independent research library, during his time in Chicago.

She said in his role at North Central, Ismat often lectured, held poetry readings and told stories of his experiences in Syria.

Silkaitis said he was a perfect addition to campus, as he was capable of lecturing on different subjects, from film and television to politics.

Nick Patricca, professor emeritus at Loyola University Chicago and founder of Chicago City of Refuge Initiative, a program that supports refugee writers, said Ismat was a key member of the group with a strong grasp of Arab literature.

Prior to settling in Evanston in 2012, Ismat fled Syria—where he was the Minister of Culture for nearly two years—in light of a drastic increase in violence.

“He left everything we owned and there were a lot of financial burdens and struggles,” Sami Ismat said. “But he wanted us to have the opportunity to … be independent and have access to good education and unlimited possibilities.”

While in Syria, Ismat held a number of roles including the rector of the Higher Institute of Dramatic Arts, director-general of Syrian State Radio and Television and Syrian ambassadorships to Pakistan and Qatar.

After moving to the Chicago area, Ismat first taught at Northwestern in 2013 through the Scholars at Risk Network, an international network of institutions and individuals who aim to protect scholars and promote academic freedom.

Silkaitis said Ismat brought a different perspective to his teaching by opening students’ eyes to non-western thoughts, adding that he helped students think beyond themselves, which is “invaluable.”

Throughout the course of his life, Ismat published 35 books and countless articles, directed over 15 theatrical productions and held many successful lectures.

Sami Ismat said his father strove to “serve humanity from his own independent perspective,” rather than from a political agenda, which meant he was respected and well-liked even by those he opposed.

“During these times where there is war and crisis it’s rare to find a person that both sides on both ends would agree on as an honest person who left a great legacy,” he said.

Ismat is survived by his wife, Azzah, and his three children, Sami, Karim and Nour, who all live in the United States.