Review: ‘One Woman Hamlet’: ‘To be, or not to be’ aware of mental health issues 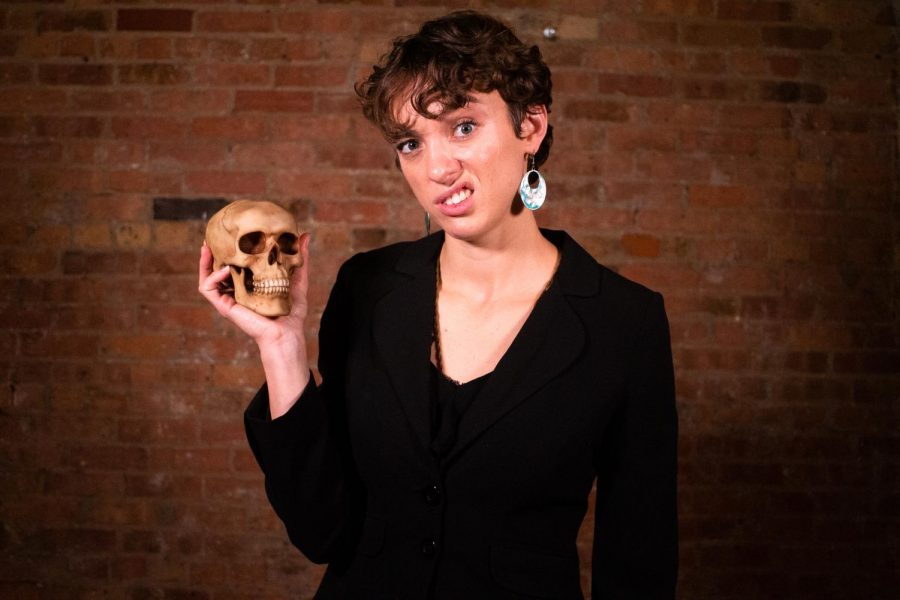 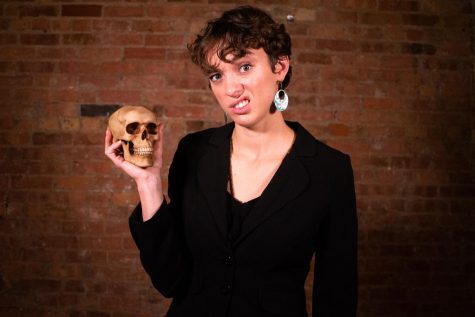 At any other event where the walls were decorated with taxidermied fish and a disco ball dangled from the rafters, patrons may be distracted from the main event. But at Kate Smith’s “One Woman Hamlet,” powerful commentary on mental health and goosebump-inducing acting kept viewers’ eyes on what they came for.

Smith, the creator of the show—who doubles as a professional performer and trauma-sensitive yoga teacher by day—spent 3 1/2 years writing and combining the classic William Shakespeare text “Hamlet” with stories from her own experiences, ranging from her battle with mental health to the trials and tribulations of her friends.

The subtitle of the show is “Shake(speare) the Stigma Surrounding Mental Health.” The culmination of the text, puppets, pre-recorded skits and mental health advisories came together for the premiere of her latest work Tuesday, Jan. 28 at The Hideout, 1354 W. Wabansia Ave.

“The main thing I want people to walk away with is feeling like they are not alone,” Smith said, “and to feel safe if it’s the first time they realize they might be struggling.”

Smith prefaced the show by saying it is not a fix-it guide or a venture into every crevice of the mind. Rather, it is a niche performance that merely attempts to increase curiosity on the subject of mental health to make the pressure people experience seem more relatable and less lonely. 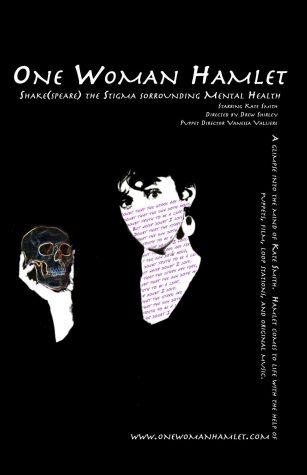 The extreme pitfalls of one’s battle with mental health, such as suicide, and the small victories, like waking up some mornings and feeling more yourself, are brought to the stage in a manner similar to that of a teacher who took the time after class to help you through whatever you were troubled by—never condescending, always enlightening.

Every second of “One Woman Hamlet” is for the audience. Every time Smith lets us into her mind, every self-deprecating joke, every mention of the mental health professional on-site was for the ease and entertainment of those who spent the hour-and-a-half production feeling like friends in her home, rather than estranged theatregoers in the back room of a bar.

The show is both urgent and whimsical. The audience never knew what prop or puppet Smith—our Hamlet—would pull from behind the projector next or what clip of audio would be broadcast or when she’d pop back up with another skit.

Regardless of its niche approach, Smith wasn’t afraid to venture into more complex issues surrounding mental health, even highlighting those who are imprisoned as a result of those challenges.

While Smith hopes to expand the show outside of the city someday, for now, her goal is to bring it across Chicago—specifically into at least five different zip codes in order to reach a number of communities in the city.

“There’s something different about somebody in your community talking to you about what is going on, as opposed to somebody coming from out of town, [though] there is value in both,” Smith said. Having completed the first show—and after the subsequent four productions yet to be announced—the show will transition from being open to the public to being featured in Chicago Public Schools, a project that is sponsored by Hope For The Day, a Chicago nonprofit that offers mental health guidance through the arts.

Similar to the relationship we all have with our own mental health, audience members were not always sure what to expect next. They could find solace and joy in the silver linings of the show: laughter, Shakespearian text and human connection.