Review: Three games from 2019 pay homage to and further their genres 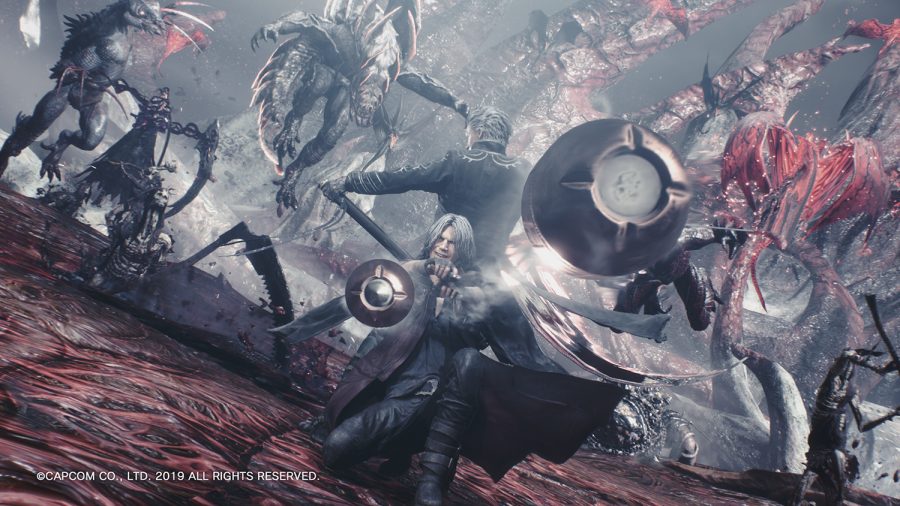 Released March 2019, "Devil May Cry 5" is the latest installation of the game's series.

In the past, video game franchises tended to release games in annually. This expediency can come with loss of quality and innovation in a game, making it a cookie-cutter copy of the games that came before it.

But as 2019 comes to a close, three games released this year—”Devil May Cry 5,” “River City Girls” and “Death Stranding”—have not only done justice to the games before them but have also carved out their own places within the industry and respected genre.
“Devil May Cry 5” 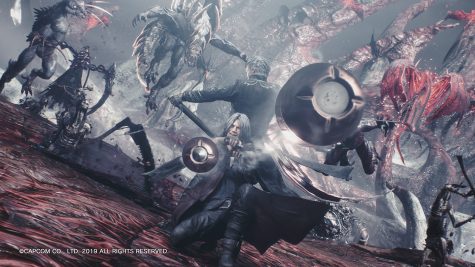 Released March 2019, “Devil May Cry 5” is the latest installation of the game’s series.

In “DMC 5,” demon Urizen plans on using a fruit-producing tree, Qliphoth, which grants a demon a divine power sourced by human blood. In order to stop this, the series’ demon hunters Nero and Dante, along with a mysterious new character called V, have to work their way up the tree, slaying demons and defeating Urizen before it is too late.

“DMC5” pays homage to the previous games of the series by bringing back different enemy types, weapons and story references from earlier games in the series. This game adds the ability for players to team up with others in different battle zones in what is called the Cameo System.

The expressiveness and creativity that “DMC5” allows makes the action game stand out as unique. The characters’ movesets create a sense of each player being a badass Swiss army knife of combat. “DMC5” changes the goal from simply defeating the enemies to looking “smoking sexy style” while doing so. I felt like the boss in every new encounter with the game’s diverse enemy types.
“River City Girls” 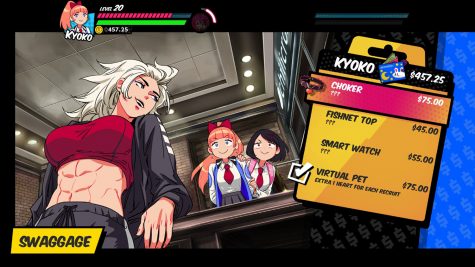 Wayforward, the company behind the platform game “Shantae,” in collaboration with Arc System Works, released “River City Girls” in September 2019. “River City Girls” follows the misadventures of Kyoko and Misako trying to save their kidnapped boyfriends, Riki and Kunio.

The poppy, manga art-style of cutscenes, new designs, sprites—a two-dimensional bitmap of a fixed image or character—and a new soundtrack makes “River City Girls” similar to the spirit of arcade beat ’em ups with an updated and fresh take on its style and move set.

Unlocking a complete move set creates replay value for the game but making an impressive combo string isn’t something that is for everyone. Luckily enough, the dialogue of “River City Girls” also stands out as a high point. The game’s self-referential humor to its genre, series tropes and comedy lands more times than it misses.

Kira Buckland and Kayli Mills, voice actors of Kyoko and Misako, play off of each other seamlessly and make “River City Girls” a classic in the making, not just for its beat ’em up style but also its refreshing writing.
“Death Stranding” 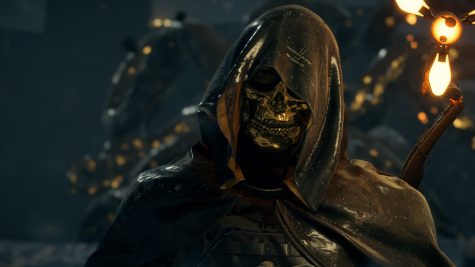 “Death Stranding” was released in November 2019.

Released in November 2019, “Death Stranding” follows a world where the living and the dead have overlapped and splintered the United States. Inhabitants have to avoid rain, or “timefall,” which causes the rapid progression of time on things they touch and ghost-like entities called “beached things,” or “BTs,” which drag people to the world of the dead.

The main character, Sam Porter Bridges, is a post-apocalyptic deliveryman, whose initial job was to deliver packages to the people left in the world. Following the death of the president of the United States, Sam is tasked with forming “knots,” or connections, between Central Knot City to the other United Cities of America to make the United States whole again.

Departing from the action series to a game centered around being a post-apocalyptic Amazon deliveryman where your currency is likes and you get an Uber-style rating system is not the direction I would have expected Director Hideo Kojima’s direction to take, but I can’t say that I wasn’t intrigued.

The first four to six hours of the close-to 50-hour game are spent getting used to the lay of the land, accepting and delivering packages. Elements of difficulty get sprinkled in gradually when players have to do these tasks while fighting “BTs” and “Mules,” or people who want to steal and deliver packages, all while the overarching storyline remains a mystery.

The gameplay is only as fun in so much as the satisfaction of trekking rocky environments without falling over and damaging cargo, fighting “BTs” with your blood, sweat and tears and delivering packages that can be for another player.

By both taunting Sam and the player to overcome this and subsequent tasks, the game encourages the player to persevere and figure out what has caused the world to be in the shape that it is in.

“Death Stranding’s” story depth, filled with political intrigue, are shades of Kojima’s “Metal Gear” series. What “Death Stranding” adds to video games is what Kojima has described as the game being the first stranding-type game. In it, players can share and leave items within the game that can assist in another player’s ability to travel through the game’s world.

In a world where video games feel over-saturated with outdoing each other in the intensity and combativeness of their gameplay, “Death Stranding” serves as a breathing room. Although “Death Stranding” might have served better as a movie than a video game, its level of detail with concepts on the human condition and recognition of real-world traversal limitations of the human body make it an interesting world to dive into and see where Kojima’s auteurism will take you.