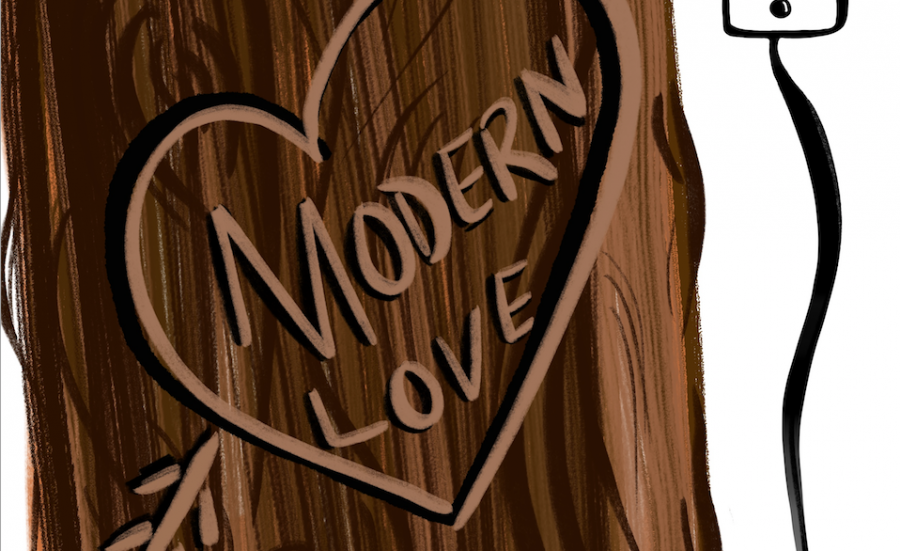 In a time when friendships, relationships and dating can be extremely complex and confusing, the movies and television shows we watch should accurately convey this. “Modern Love,” a new Amazon Prime Video series, exhibits this through the struggles and triumphs of love in the 21st century.

“Modern Love” follows different characters and their various experiences with love. Their stories range from a one-night stand to a fatherly relationship to elderly-love.

The show is based on The New York Times column, book and podcast by the same name. The weekly submission-based column has been running for 15 years, and is about “relationships, feelings, betrayals and revelations” according to The New York Times’ website.

The adapted TV series was released Oct. 18, and I have, regrettably, already finished the entire first season. I say regrettably only because I wish it was not over. The season is a short eight episodes, each running about 30 minutes long, and Amazon has not yet confirmed if there will be more seasons.

The pilot episode, “When the Doorman Is Your Main Man,” tells the story of Maggie, played by Cristin Milioti, and her over-protective doorman Guzmin, played by Laurentiu Possa. It explores their dynamicmrelationship as Maggie navigates the journey of having a child on her own and as Guzmin frequently disapproves of the different men she brings back to her apartment.

The ending of the episode fast-forwards five years and gives the perfect tear-jerking finish to their relationship—but we won’t spoil the ending for you. This is just one example of how the show focuses on so much more than the typical ooey-gooey love story—in fact, the realistic nature will probably leave the viewer in tears on more than one occasion, of which I am guilty.

“Modern Love” explores various topics like mental health, therapy, ideology, adoption and LGTBQ+ issues that are not often broached in rom-coms, all while the characters are trying to navigate love and relationships.

It’s hard to believe that in such a short episode, audiences can become so attached to a character, but “Modern Love” makes it possible. The show really displays the good, the bad and the ugly—making the characters well-rounded and relatable.

One of my favorite episodes—episode 5, “At the Hospital, an Interlude of Clarity”—follows the quirky Rob, played by John Gallagher Jr., and the attention-seeking Yasmine, played by Sofia Boutella, through their second date, which ends with Rob in the hospital for six hours.

While in the ambulance, it is revealed to Yasmine that Rob takes antidepressants and anxiety medications. Later on, Rob explains his trouble with relationships because of his mental health. Yasmine admits she loves getting attention from people and it’s something she is often striving for.

This is what really struck me as the “Modern Love” of today. Both of their challenges seem to be things that people commonly deal with in this modern-day, social-media-crazed culture, and it should be shown more in the media we consume.

While the show does fictionalize some of the stories, it still has humanizing and relatable aspects. It exemplifies the sometimes unpleasant and difficult parts of modern relationships while giving intense hope to modern love.