REVIEW: ‘IT Chapter Two’ crams too much plot in the clown car 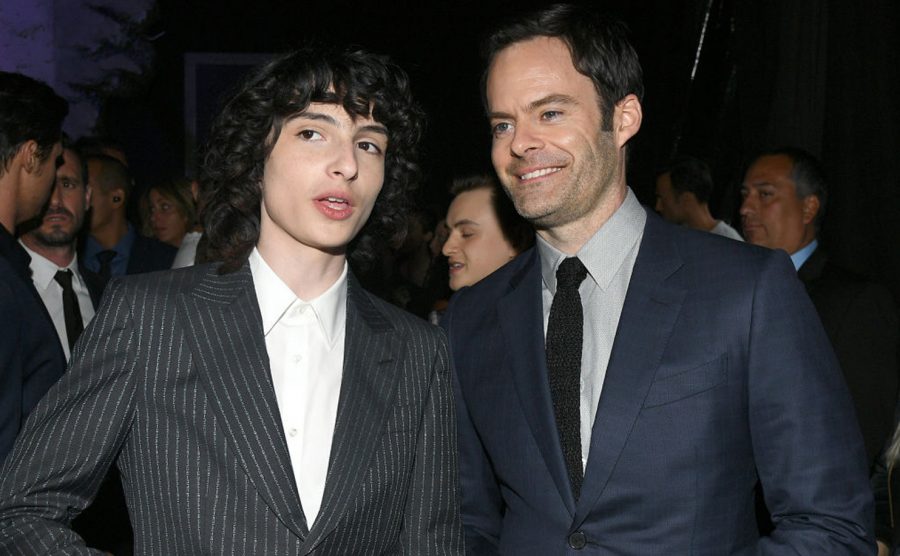 Bill Hader and Finn Wolfhard, who played the older and younger versions of Richie respectively, were standouts in “IT Chapter Two.”

Between its clown shoe-dragging pace and unnecessary dive into IT’s (a.k.a Pennywise’s) lore, “IT Chapter Two” doesn’t quite measure up to its predecessor—but it still made me cry, laugh and scream, so I’d say it was almost worth the nearly three-hour runtime. Almost.

Set 27 years after the first movie, the sequel sees the Losers Club cattle-herded back to Derry, Maine, as 30-somethings to once again rally against Pennywise. With scenes that bounce back and forth between the present and their childhoods, the picture-perfect casting of the Losers’ adult counterparts is put on display, particularly for Richie (Finn Wolfhard and Bill Hader) and Eddie (Jack Dylan Grazer and James Ransone).

Reckoning with the past is a central theme in “IT Chapter Two” from the very first scene, when a young gay man returning to Derry with his boyfriend is confronted with aggressive homophobia from locals. From that moment on, history and memory bubble up to be confronted, tamed and accepted throughout the movie—both for the Losers themselves, who mysteriously can’t recall what happened 27 years ago, and for IT (Bill Skarsgård), whose past is unearthed by Mike (Chosen Jacobs and Isaiah Mustafa) as IT attempts to find a way to thwart the manic clown.

Skarsgård, though excellent, is barely given enough moments to shine. There’s certainly nothing that compares to his arm-swinging jig from the first movie. Instead, Hader and Ransone are easily the standouts, bringing an emotional depth to Richie and Eddie and elevating them beyond comedic relief.

The problems with “IT Chapter Two” do not come from the performances but, rather, the structure.

The Losers’ mission to bring IT down once and for all rests on a ritual Mike discovers from a nearby Native American tribe. In and of itself, this solution feels sloppy and convenient. In Stephen King’s book upon which both movies are based, this ritual is more metaphysical and is not learned from an actual tribe—it’s something Mike reads in a book when trying to defeat Pennywise the first time, and
simply gives Richie and him a vision of IT arriving on Earth.

In the movie, though, this ritual is the way the Losers hope to defeat IT, and Mike’s exploration of the ritual and IT’s origins fumblingly takes up too much time. Other tangents, side stories and returning characters also detract from the attention that should be placed on the Losers, so, ultimately, the audience is subjected to an excess of weak jump scares that lack the punch of humor that seemed ever-present in the first movie.

Had director Andy Muschietti put more focus on the relationships between the Losers, where the obvious strength of the movie rests, its 2-hour and 50-minute run time might not have felt so excruciating. But as it was, I found myself more bored and impatient than enraptured in the final moments.

Still, there are plenty of scenes that offer funny, emotional sucker-punches, and without giving too much away, the queer representation had me beaming through tears. So, while “IT Chapter Two” puts up a good fight, it doesn’t measure up to the first movie— but what could? Without Skarsgård dancing, it was always doomed to be a second-rate sequel.