Review: ‘Godzilla vs. Kong’—a kaiju-sized rematch 60 years in the making 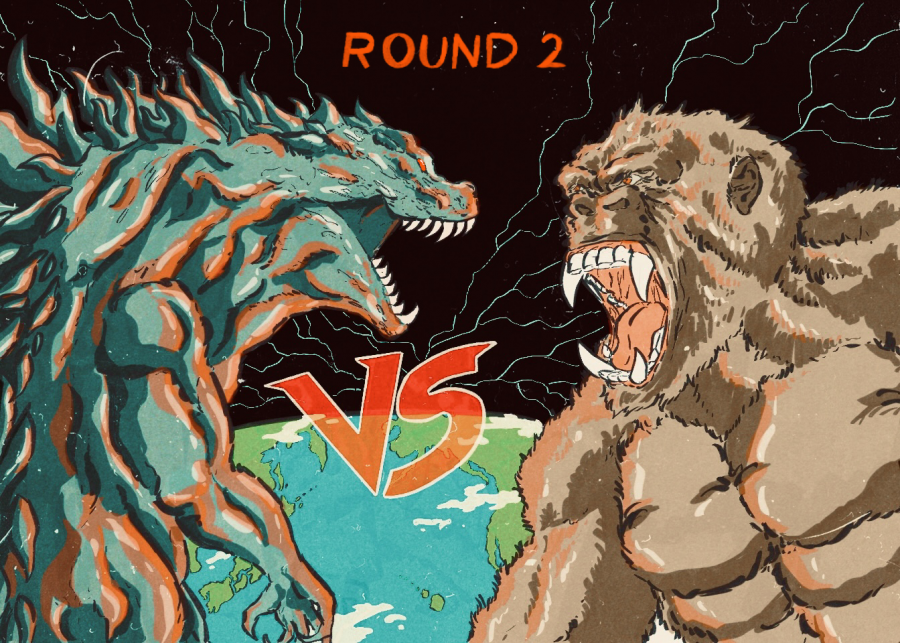 Every great exhibition match needs a good story build, and every rematch needs to raise the stakes. “Godzilla vs. Kong” is a king-sized rematch with nearly 60 years of hype behind it.

Initially set to be released May 21,“Godzilla vs. Kong,” directed by Adam Wingard, premiered in theaters and on HBO Max March 31.

While Kong has been living his best life lazing about in his home on Skull Island, Godzilla has racked up victories against formidable kaiju—which are giant monsters—with his most recent victory against the three-headed space dragon King Ghidorah.

Godzilla’s fight with King Kong is far from a squash match. If anyone can run hands with Godzilla, “Godzilla vs. Kong” defiantly shouts, “This monkey, he can do it!”

Serving as Godzilla’s third movie in the Monsterverse and Kong’s second, “Godzilla vs. Kong” focuses more on Kong. The film’s Kong is my favorite depiction of the character.

Without hyperbole, this hairy “himbo” king is the most relatable character in the entire film. Instead of being a one-dimensional ape with a penchant for simping over the first blond woman who graces his jungle, Kong has agency and understandably simplistic goals.

While Godzilla woke up and chose violence in a territorial bout for the title of apex predator, King Kong fights because he wants to go home. Even as a Godzilla fan, I cannot argue against King Kong’s painfully relatable motivation.

The film showcases many picturesque and creative set pieces for the kaiju to explore and utilize to their full potential. The neon-dipped skyline of Hong Kong complements the red, green and blue light show of Godzilla’s atomic breath and serves as the perfect terrain for King Kong to platform like only a 335-foot gorilla can.

In previous films, I begged for the camera to pan up just a little so the lackluster humans would be out of frame and my eyes could dilate at Godzilla in all his glory. Point-of-view and fixed over-the-shoulder (or dorsal fin) camera shots are a solution to the Monsterverse film’s aversion to fully depicting battles.

Kaiju fans know what they are in for when it comes to the monkey’s paw of letting the big monsters fight and having Hollywood actors eat up their screen time.

I love the fight scenes more than I hate the human segments that are tasked with answering why the big monkey and radioactive lizard are fighting. In contrast to other kaiju movies from Legendary Picture’s Monsterverse, the humans do not compete with Godzilla and King Kong for screen time or detract from their battle.

That is not to say their scenes do not overstay their welcome. Viewers will shrug off the film’s blank rounds of rapid-fire jokes per minute like King Kong does with bullets.

One standout character is Jia, played by Deaf actress Kaylee Hottle. Hottle compellingly portrays Jia and serves as the emotional support human for King Kong throughout the film.

While the two behemoths have faced off before in the 1963 Showa-era film “King Kong vs. Godzilla,” Legendary Picture’s take is a breathtaking computer-generated imagery spectacle that maintains the campy nature of older kaiju films.

Whether your loyalty is firmly planted in team Godzilla or team King Kong, viewers will be more than fulfilled by the all-out attack showcased in “Godzilla vs. Kong.”