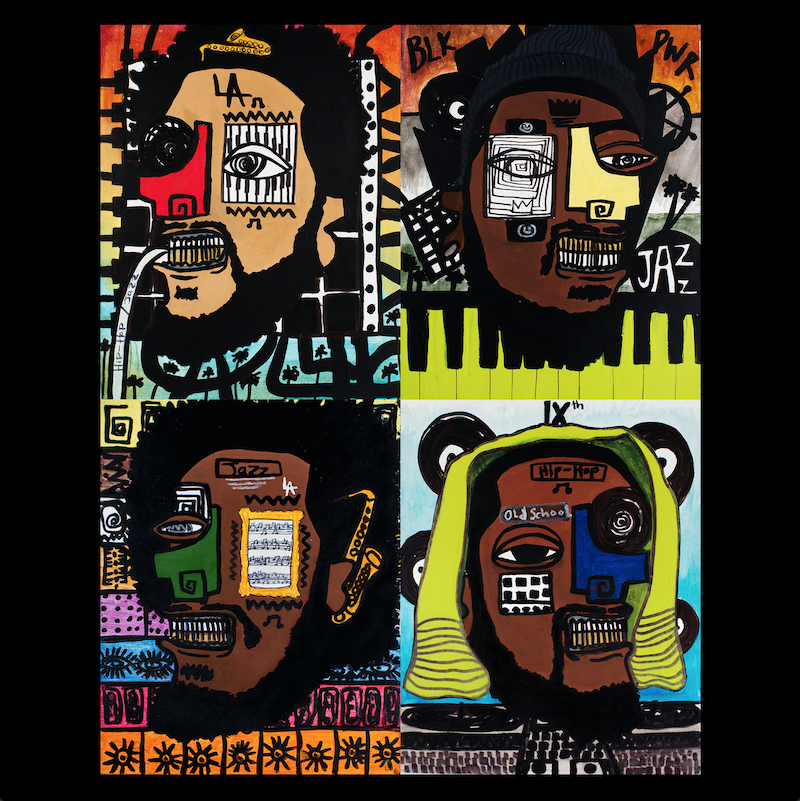 For their self-titled debut, Dinner Party sticks with tradition by showcasing what makes instrumental hip-hop so great—its natural inclination to pay homage to all of the genres it stems from.

With jazz, funk and soul making a return to the mainstream, Dinner Party easily approaches these genres, adding a dash of uniqueness in meshing together live instrumentation with computerized production elements.

The four-piece music collective finds their footing at the intersection of hip-hop and jazz.

The group consists of Los Angeles-based saxophonists Terrace Martin and Kamasi Washington, who are well known for their work with Kendrick Lamar; New York and Houston-based pianist Robert Glasper, who has worked with J Dilla and Kanye West; and North Carolina-based producer 9th Wonder—formerly with rap group Little Brother—who has produced for Murs, Mac Miller and Wale.

While their self-titled project, released July 11, does not have a tight concept or centered lyrical focus, its vibrant fusion of sampling and live instrumentation, dreamy soundscapes and irresistibly soulful vocal contributions make for one of the most gratifying records to come out this year.

The album kicks off with the song “Sleepless Nights,” made possible through the light, breathy tone of Washington’s tenor saxophone playing, which flutters gently over Glasper’s subtle piano chords and the clean drum work courtesy of 9th Wonder.

The icing on the cake of the opening cut is Chicago-based R&B singer Phoelix, whose sorrowful lyricism about “cloudy days and sleepless nights” hits home, clashing pleasantly with an uplifting musical backdrop.

Despite not being an official member of Dinner Party, Phoelix’s contribution to the record is invaluable. He’s featured as a guest artist on four of the seven songs on the album, and his vocals are teeming with passion and life, adding another layer of emotional depth to the dense soundscapes of each song.

However some may find this album to be lyrically underdeveloped, as all four cuts Phoelix appears on barely contain more than a chorus, which is usually a simple phrase repeated over and over again.

On the album’s second song, “Love You Bad,” Phoelix croons, “And I just want to love you bad (wanna love you bad),” with no verses or expansion to the story or who the supposed love interest may be.

While this could be considered underwhelming, Phoelix uses his voice as another instrument, enhancing the mood of each song he appears on.

The strictly instrumental songs that make up nearly half the album have no shortage of moments showcasing the individual contributions of each musician. The album’s fourth track, “First Responders,” features an airy beat from 9th Wonder, with a heavy string section and a cooing of overdubbed vocal samples, providing an ethereal atmosphere to perfectly complement Washington’s spaced-out saxophone riffs.

“The Mighty Tree,” the album’s fifth track, features Washington and Martin doubling up on saxophone, with their bluesy motifs creating a sense of melodic tension.

Glasper sneakily steals the spotlight during some moments, with solo piano interludes at the end of songs like “The Mighty Tree” and “Freeze Tag,” showcasing an emotive soulfulness for which he has become known.

While there are some loose ends and empty lyrical moments leaving listeners yearning for more, Dinner Party’s self-titled album delivers tracks flowing with melodic depth and cohesion. Everybody is equal in the spotlight, never overpowering anybody else.