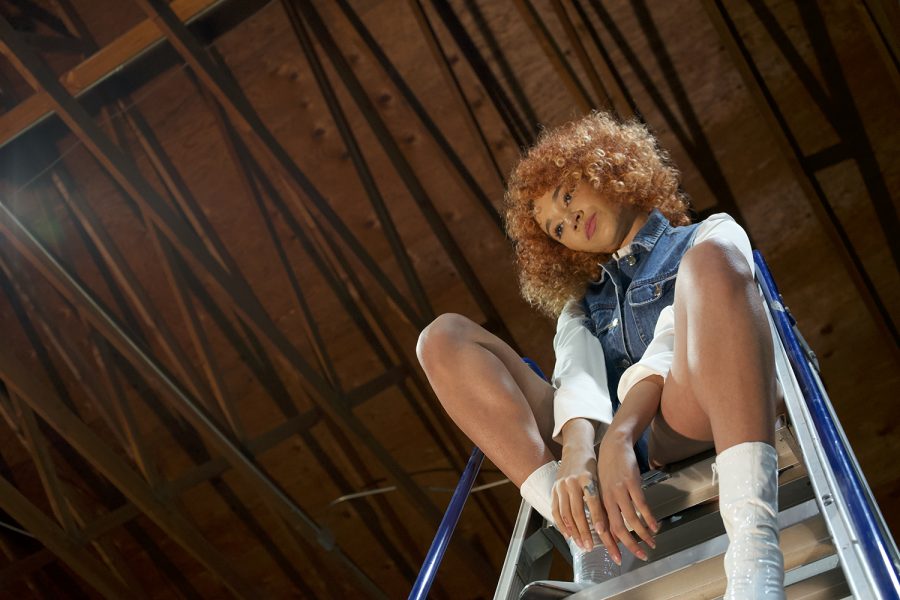 Queen Mars is full of strength and vulnerability in her debut EP, "Trust Issues."

Queen Mars grew up loving music and realized at age 8 she wanted to pursue singing professionally.

Her debut EP “Trust Issues,” set to be released April 9, is a confessional and cathartic musical journey that embodies the stages of healing from an unhealthy relationship. It cycles through anger, self-reflection and starting down the road to acceptance.

Queen Mars, a 25-year-old Chicago-based musician, started out her career by writing lyrics and poetry alone in her room as a child and is primarily self-taught, using YouTube tutorials for vocal lessons and recording herself.

Queen Mars’ alto voice is dulcet, yet filled with the rage of a woman scorned, and conveys the contrast between the honeymoon phase of a relationship and realizing when something is not working.

Queen Mars said she feels like she represents the pain and angst that young women go through in her music, and because the artist was born in a religious and conservative household, she had a curiosity for secular, non-religious music.

Her music video for “Boys Like You” features Queen Mars on a car parked on a mid-sized chessboard with flowers covering the windows. She said the flowers on the car symbolize something common being beautified, while the chess set signifies the way her ex-boyfriend played games and used women.

The slow syncopated melody in “Boys Like You” punctuated with synthetic beats creates a feeling of melancholy and slow-burning rage as Queen Mars calls out her cheating lover’s failings while simultaneously struggling with wanting to fulfill his needs. The song is a raw, one-sided conversation—not unlike Alanis Morissette’s “You Oughta Know.”

She said she created her lyrics first as the groundwork for her songs and then worked with her co-producers on instrumentation. The instrumentation usually follows what type of music she has been listening to at the time, she said.

Queen Mars said her musical role models are Rihanna, Beyonce, Taylor Swift and Sia, among others. All of the aforementioned musicians have had their notable songs about cheating lovers, betrayal and heartbreak, and all of these subjects are relevant throughout the EP.

In her song “Lonely,” the music video shows Queen Mars scrolling through dating profiles and old social media postings from her ex. The mood of the song is plaintive as she misses him, but hates the fact that she misses him being around and has to adjust.

The deep, low piano chords evoke feelings of despair and grieving a loss of love, while the drum beats and synth beats with a faster rhythm create a picture of struggling as life moves on in real time.

The song illustrates the pain of separation and draws a parallel to an image of her embracing an inflatable alien and having her own martian family in her desperation for romantic connection.

Though Queen Mars is categorized as an R&B and neo-soul artist, she prefers to think of her music as “kaleidoscope pop” because it incorporates elements of whatever genre she’s listening to when she gets inspired.

Songs like “F U” use the kaleidoscope aspect through keyboards playing pitches of synth beats which makes them dissonant. Tones of chord progression also sound gradually upbeat as though Queen Mars has reached the peak of a mountain and is looking down at her ex in the valley, letting her anger echo unabashedly from the mountain top.

“It goes back to being as authentic and as honest as you possibly can and expressing the emotion for what it is,” Queen Mars said. “It’s just a level of freedom.”

The EP is original, not only in its blended kaleidoscopic sound, but also in its introspective view in which Queen Mars looks inward instead of focusing on her ex’s qualities.