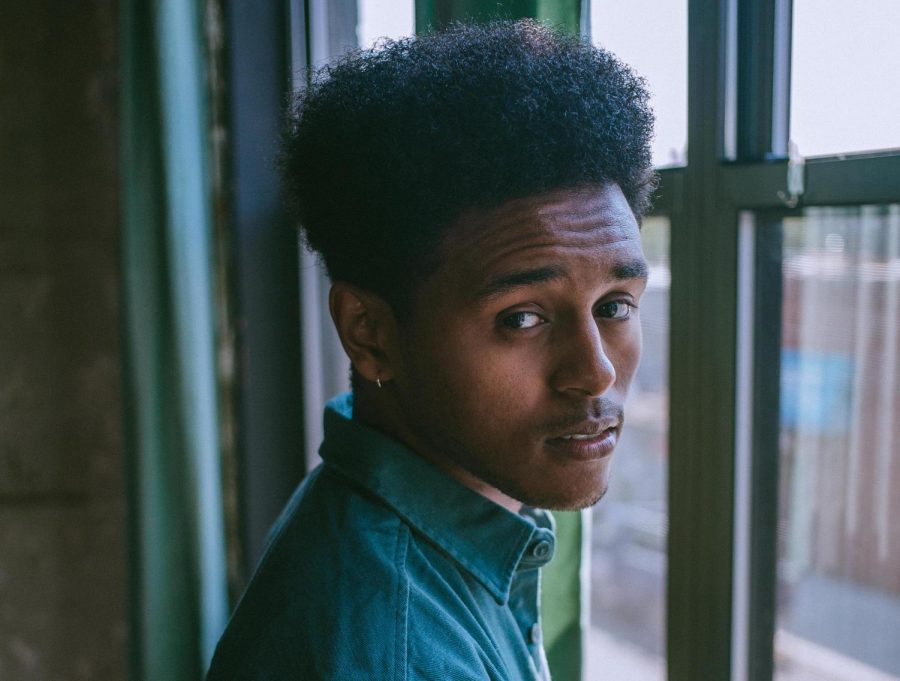 The Minneapolis-based artist has released two singles since his 2018 album “Orphan” and 2019 album “F.E.A.R.” Aye sat down with The Chronicle Saturday after his performance at Chicago’s Lollapalooza festival to speak about his inspiration for creating music, his transition to Los Angeles and what his next steps are as a musician.

THE CHRONICLE: What sparked your interest in creating music?

AYE: When I was really young, my mom used to play a lot of really great music around the house … artists [like] Stevie Wonder, Smokey Robinson, Whitney Houston, Aretha Franklin, she played Prince, she played Michael [Jackson], everybody that was great. It really influenced me to want to make music because it was all I was hearing all the time. By middle school, I started to write my own songs. It set the foundation, and that is why I still try to make timeless music—because I heard timeless music at such a young age.

How would you describe “timeless music?”

It is music that does not get stuck in a time period, which is hard to do. When you are in that time period, there are themes and trends … but timeless music is the stuff you can hear whenever, at any age, and it is still going to be special. And oftentimes it is music that makes [people] feel good, that speaks about real things, and timeless music is the stuff [people] hear that connects with [them] in a specific point in [their] life, and a lot of memories are associated with it.

How do you attempt to make your own work “timeless?”

By not getting stuck in one sound. In order to make timeless music you have to be a person of variety, an artist that has a lot of different vibes to tap into. For me, trying to incorporate really dope instrumentation in my sound … is a big piece of it. Knowing how to make music that works today, but also coming up with melodies and lyrics that are going to apply to people forever.

The weird thing is, I do not know if I can say I try to do that, because I feel like when you try to do it, it does not work. It is just something that has to flow out of you. You do not write the song, you try to let the song write itself.

This is your first time at Lollapalooza; how has your experience been?

I love the whole festival vibe. People come out here and they are just free, they are not worried about anything [except] for the music that is happening right now. And everybody has really dope outfits on, too.

What are the inspirations behind the two most recent albums you have released?

Those are very dope projects I am proud of. “Orphan” was sort of based on my adolescence and growing up. It was me summarizing my experience of being a kid from Minneapolis who, I guess, had a lot of things to say and talent to share. Unfortunately, not having my mom anymore and not having my dad in my life really played a huge role in my story, so I just wanted to make a project based on that.

“F.E.A.R.” is an album where I am getting over my fears and I am getting over them sonically by writing out things I am feeling, and I am talking about things I would typically be afraid to talk about in a conversation. But, it is stuff we are all thinking and we just want to be able to vocalize, and I just found a way to do that.

You recently moved, how has the transition from Minneapolis to LA been?

Minneapolis was the greatest place for me to grow up, but I am realizing there are a lot of differences between LA and Minneapolis. Minneapolis has a lot of talent and a lot of dope creatives, but [it] does not always have the structure or the foundations other places have to make it really happen. That doesn’t mean you can’t make it coming from Minneapolis, but it has felt like there was sort of a curse or something on our city for a really long time because I feel like we have been overlooked in a lot of ways, aside from Prince.

People are not afraid to try things in LA. People dress how they want to dress, do what they want to do, whether or not it is for the right reasons, at least they are feeling creative.

After completing your first music festival, what do you hope to accomplish next?

I definitely want to do a lot more festivals and bigger stages. I want to go on tour, I want to definitely get some more live experience. It is so special to take the music from being in a room and creating it, to being able to perform it for all these people and have them really feel it. I just want to keep doing that and give people moments that they remember, because that is what music was for me.

Right now I am working on a new album, which I don’t want to say that title yet. It is definitely the next chapter … I am pushing the music to be more melodic. I love melodies and so this next album is going to stretch the singing aspect of it a lot more. I want to continue to make really solid bodies of work; that is what I am all about.