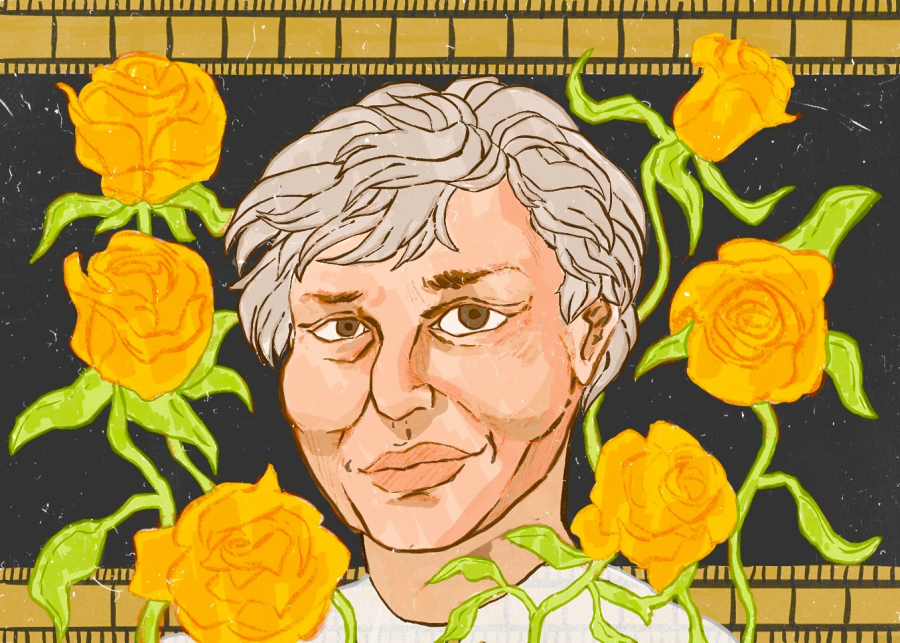 Local Chicagoan and beloved colleague Nancy Gahan, 73, was an overall star to those in the Pullman neighborhood and shared her good faith with others around Columbia.

“Nancy was really a wonderful person, and she had a lot of star qualities,” said Alfonso Quiroz, Gahan’s close friend. “Whenever she walked into a room, you knew you were dealing with somebody that was very special.”

Gahan, known for her sense of humor and civic-mindedness, went into cardiac arrest and died on Jan. 21 at Edward Hospital in Naperville.

Gahan, who began working at the college in 2002, was also known for being the routine greeter at the Student Financial Services office while working behind the scenes to help process loads of financial aid files for students.

Assistant Vice President of Student Financial Services Cynthia Grunden said Gahan was one of the first people she met when she came to work at the college in 2015 because Gahan’s desk was positioned nearest to the door on her floor.

Always ready with a joke, Gahan never took anything too seriously and would find the time to tease someone in the office and make people laugh, which Grunden said she thought of as Gahan’s way of showing love.

Outside of Columbia, Gahan dedicated her personal time to her family, friends and the neighborhood of Pullman. She was president of the Pullman Civic Organization and would volunteer at the Historic Pullman Foundation.

“Every single time I think of Nancy I think of someone who could light up a room with her laughter … she just had this unique voice,” said Katie Lira-Luna, a close friend of Gahan’s from Pullman.

Lira-Luna, Quiroz’s cousin, said both of their mothers were close friends with Gahan and would routinely play cards at each other’s homes every Sunday.

Quiroz, who shared Gahan’s love for old Hollywood films, said they would get together later on Sunday nights to watch “X-FIles” and films like “Clue” or “Young Frankenstein.”

“We had always had these common cultural references that we would always talk about, people like Joan Crawford and …. Betty Davis,” Quiroz said. “There was just something about the way she watched them … and I feel like somewhere up in heaven now she’s getting a chance to meet all these people she’s watched over the years.”

Lira-Luna said Gahan embodied a lot of her own mother’s qualities, which became important to her after her mother died in 1997.

“That’s why we always stayed so close to her and kept her involved in every one of our milestones,” Lira-Luna said. “She was everything to us … she could make you laugh when you really didn’t want to.”

Tom McMahon, executive board member of the Pullman Civic Organization, said many residents in Pullman volunteer, participating in activities ranging from cleanups to fundraisers. It was at one of these events that he first met Gahan in 1988.

“She was very active in philanthropic things in Pullman, always trying to make life better and trying to help people,” McMahon said.

McMahon said Gahan worked as a waitress, bartender, cook and hostess at the historic Hotel Florence, 11114 S. Forrestville Ave., and would often coordinate community events there.

Gahan would organize everything from breakfasts with Santa to hosting haunted houses for Halloween, he said, but it was not until she started the Hotel Florence murder mystery dinners that she became a star in the community.

The idea was to design a fundraiser that would help support Hotel Florence and the Historic Pullman Foundation.

Casting anyone she knew, Gahan organized and held the murder mystery dinners from 1992 to 1997 with a new theme each year, including subjects like a spoof of the Tonya Harding and Nancy Kerrigan Olympic rivalry, but instead of ice skaters they were polka queens.

Even after the hotel changed its ownership to the Illinois Historic Preservation Agency, McMahon said Gahan still stayed to volunteer for tours and greet visitors.

“Nancy certainly could command the room by her personality, no question about that,” McMahon said. “But always in a good way, a fun way.”

Gahan is survived by her children, Patricia, Timothy and Eileen, and grandchildren, Mark, Alexis, Andrew and Patrick.