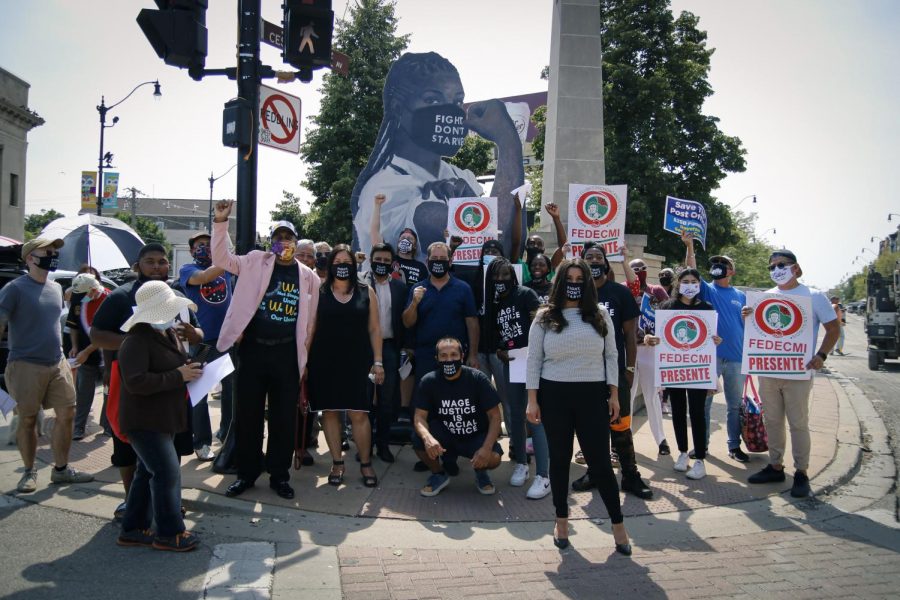 Dozens of protesters with One Fair Wage gathered under the “Elena the Essential Worker” statue in Chicago’s Pilsen neighborhood to demand higher wages for tipped workers in Illinois.

The march and protest, held Monday, Aug. 31, was organized in response to a recent report published by One Fair Wage in collaboration with the UC Berkeley Food Labor Research Center indicating a nearly $4 wage gap between Black women and white men who are tipped workers.

In Illinois, anyone who receives a minimum of $20 a month in tips is considered a tipped worker, according to the U.S. Department of Labor.

“We are here today to say we are ending the legacy of slave wages,” said event organizer Nataki Rhodes, during a speech decrying the disparity in wages between white and Black workers.

After Rhodes, several local, state and national politicians spoke alongside tipped workers at the event.

“We demand one fair wage,” Garcia said. “This is an old fight, but it has taken on a new meaning during COVID-19, a new urgency and a new call to action because the injustice cannot wait.”