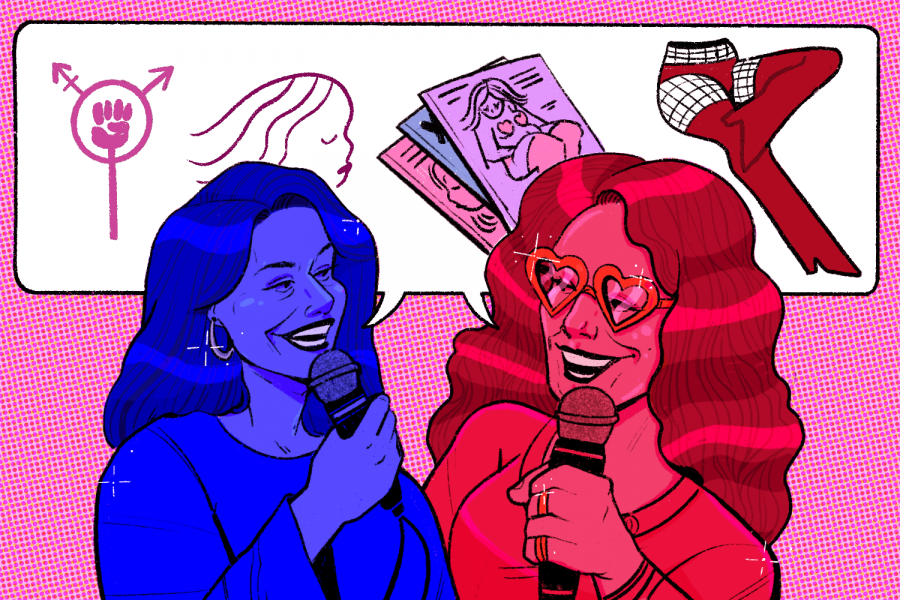 When Norma Jean Almodovar quit her job as a Los Angeles Police Department civilian traffic cop in the 1980’s after her co-workers offered her up as a going away present for a retiring captain, she said if she was going to be a sex worker, she would not do it for the LAPD, but for herself.

“If murder is the worst thing you can do to your fellow human being, giving them an orgasm has got to be one of the best things that you can do,” Almodovar said.

Almodovar was one of three activists who were guests of Richard Louis Miller’s, “Mind, Body, Health & Politics” podcast. The activists shared stories with Miller, a clinical psychologist, about the ongoing fight for equal rights for sex workers on the Tuesday, March 16 episode, “Women’s Rights, Pornography & Prostitution.”

Almodovar, a sex worker activist and executive director at the Los Angeles branch of Call Off Your Old Tired Ethics—a sex worker advocacy organization—said during the podcast episode there is a misconception that all sex workers have troubled backgrounds that lead them to the profession.

“I’ve never done drugs, I don’t drink [and] I don’t smoke,” Almodovar said. “The only thing I ever did was spread my legs for money.”

Veronica Vera, author and owner of Miss Vera’s Finishing School for Boys Who Want To Be Girls, a cross-dressing school in New York, said the reason why sex workers are viewed as more diverse in present times, is due to their ability to speak up and educate others on multiple platforms.

“[It] used to be people would think of the sex workers rights movement as a movement of white women,” Vera said on the podcast. “That’s changed so much because Black and Brown—especially trans—sex workers are speaking out.”

Vera said sex workers have always been diversified but more people are seeing it now and that the diversity of spokespersons for sex work has improved because of better education on the subject and a better economy than in years past.

Carol Leigh, a San Francisco sex worker and founder of the “Sex Worker Media Library,” an archive of anti-trafficking in the U.S., said people need to understand the various relationships between sex work and poverty and how one does not beget the other.

She said people need to look at the links between sex work and poverty and how they manifest.

While the correlation between poverty and sex work requires further investigation, Almodovar said, the dangers of sex work like harassment and abuse are compounded by law enforcement’s classification of crimes perpetrated against them as “no humans involved,” or NHI.

NHIs are terms for crimes committed against people who have a criminal record, such as sex workers, drug users or gang members.

NHIs are not prioritized by police officers, and due to the history of their work being considered a prostitution crime, it is difficult for sex workers to report crimes because it subjects them to incarceration and retribution, according to Open Society Foundations.

“[We have to work on] making sex work safer by decriminalizing all consenting adult commercial sex,” she said.

Although people might make more money doing sex work than at an office job, Vera said it is interpreted as dirty because its economical element is in contrast with the traditional practice of marriage and making babies.

“We believe we have the right to sex for recreation, reproduction or for remuneration,” she said. “It’s a three-pronged stool.”