The Columbia Chronicle • May 29, 2019 • https://columbiachronicle.com/president-kim-on-weirdos-transparency-and-the-future

President Kim on weirdos, transparency and the future 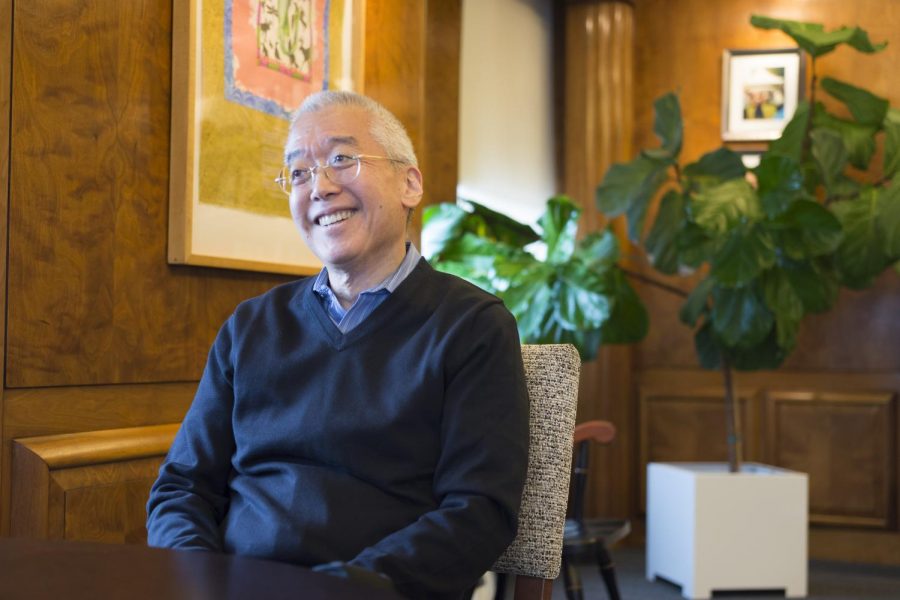 By Blaise Mesa and Alexandra Yetter

With the start of the 2019–2020 academic year fast approaching, The Chronicle sat down with President and CEO Kwang-Wu Kim to discuss where he sees the college’s progress, his thoughts on transparency and diversity and inclusion initiatives at Columbia for the 2019 Orientation Guide.

KIM: We’re pointing toward enrollment growth for this fall, which is huge. The continuation of really trying to figure out what … we mean when we talk about quality and rigor in terms of the content of our curriculum and expectations. How well are we meeting our students’ expectations? What can we do to improve retention of our students?

How would you assess the college’s progress in diversity initiatives?

This strategic plan calls us out to become a national leader in this work. We’re making a lot of progress, mainly because what’s different about the diversity and inclusion work at Columbia is we’re rejecting the idea that it’s just about percentages in our population. We’re saying that it’s about how we do business, what we teach, how we teach it, how we evaluate people. That’s already a different model. The key starting point, [which] is a big piece of progress, is the anti-racism training so many of our faculty, administration and staff have gone through. We’ve had a number of key faculty hires this past year, and even the provost hiring, [which] were all reflective of a much more comprehensive commitment to thinking about diversity and inclusion.

In The Chronicle’s coverage, many interviewees have used the word “transparency” a lot, coming from students, faculty and administration. Do you feel that same need for transparency in the college?

I’m always curious when people use the word “transparent”—what [do] they mean? Because it means different things to different people. There are a lot of things that cannot be discussed publicly, especially … personnel issues; that’s just the law. If you want to understand something, let’s talk about whatever the issue is. … If someone were to say to me, “The administration needs to be more transparent about its thinking,” I don’t know what that means. A much better word is “engagement.” Sometimes the word transparency is lazy because it’s a blame word, increasingly. “Oh, you’re not being transparent.” Well, what do you want to know? Let’s talk to each other.

Last year you said you’ve never lost your enthusiasm for Columbia. Why haven’t you?

I’m excited because I believe with every cell in my body that creatives are one of the most overlooked, under-appreciated populations in the world. To me, a group of people who inherently have the possibility of bringing needed transformative change are not seen that way. We still tend to be seen as extras—the decorators, the entertainers, the weirdos who are nice to have around. “If [artists] all went away, it wouldn’t be that tragic.” But it would be tragic. This is one of the few schools that I think really stands for that and actually says, “No, even in our design, we understand that this is important.” As we get stronger and as enrollment starts to grow again, people [will] understand [Columbia] has never lost its belief in the power of creatives.

What are you looking for from the Lori Lightfoot administration and how it will impact Columbia?

She has so much expectation being placed on her. I’d like to meet with her, but maybe give her a month to settle, especially with the budget. I’d like to talk to her about her thinking about higher education in the city. I’d like to talk to her about what we do and see if there are places that we fit into her thinking about where she’d like the city to move. It’s complicated in Chicago, because even though we’re a private institution, the fact that we’re in Chicago means we have to be part of the political conversation.