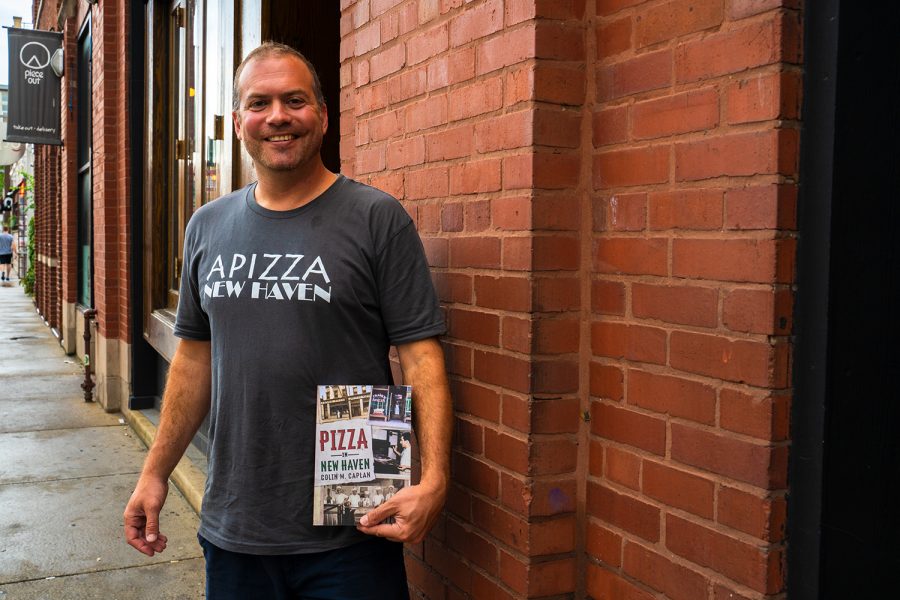 The Pizza Museum's current temporary exhibit about New Haven pizza is the result of a collaboration between Colin Caplan, author of the book Pizza in New Haven, and the museum's director.

After a successful yearlong run, the Pizza Museum will be leaving its current location in the Roosevelt Collection,1146 S. Delano Court West, Oct. 13.

Due to a lifelong passion for pizza by the museum’s founder and director, Kendall Bruns, the free installation consists of his personal collection, including historical menus, business memorabilia and a pizza box wall. Exhibits cover the cuisine’s culinary variations across the country, and it’s role in American history and pop culture.

The museum has taken on many forms since its inception as a website in 2015, including traveling as a pop-up presentation at the Chicago Pizza Summit in 2016 before occupying its current exhibit space.

With the museum’s lease at the Roosevelt Collection ending next month, there are currently no plans to move it into another space.

But the museum has no plans of fizzling out in the weeks before it closes, according to Bruns. Events and installations are scheduled until the doors officially close.

The exhibition’s future is uncertain, but Bruns remains optimistic for its survival, regardless of what form it may take.

“I’m just really excited about telling stories and using whatever medium is best to do that,” said Bruns. “So I’m looking forward to the stories to come.”