Piano-pop rock to play on your ‘Jukebox’ 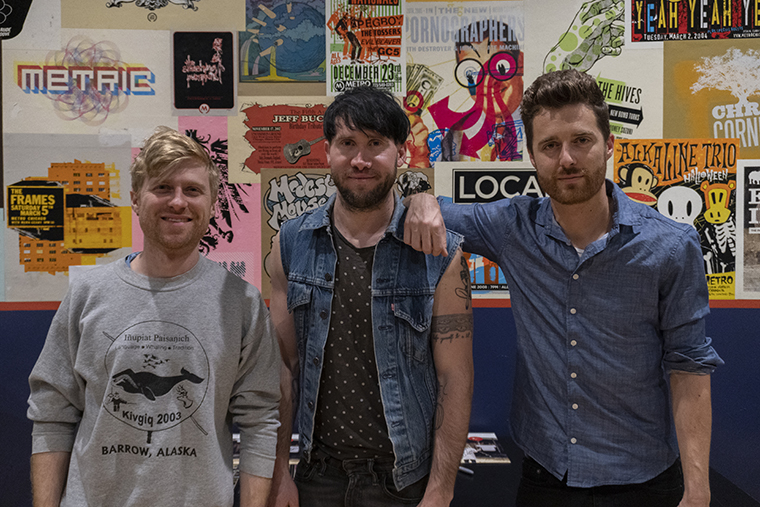 Vocalist and guitarist Tommy Siegel, drummer Jesse Kristin and vocalist and pianist Ben Thornewill have performed over 1,000 shows since they formed Jukebox the Ghost in 2006.

Power-pop trio Jukebox the Ghost delivered their fifth album, Off to the Races, in March 2018 with performances across the U.S. with alternative rock band The Mowgli’s.

Since 2006, Washington D.C.-based Jukebox the Ghost—comprised of Tommy Siegel, Ben Thornewill and Jesse Kristin—has delivered indie pop and piano rock tunes which convey their willingness to take risks and create a unique sound.

Thornewill and Siegel spoke with The Chronicle about their newest album, inspirations and goals for their sound and what fans can expect from them in the future.

How has your band evolved since it started?

SIEGEL: Part of what makes our band work is that we started without any particular goal. We were just playing music and having a good time. Something that has been lucky for us as a band is that we have this foundation of brotherhood and friendship before things became something that could make us a living. It has all been a process [of] growing together.

THORNEWILL: We have grown into [our sound] as time has gone on. We’ve started doing this show once a year called Halloqueen, [where] we put on a whole show as Queen. Early on, I was a classical piano kid; I had a very unique non-band background. We didn’t sit down and say, ‘Okay, let’s become a band that sounds like this.’

SIEGEL: If anything, we were more defined by the fact that we had nothing in common musically.

What is your favorite part about touring?

THORNEWILL: The shows. If there weren’t shows, then all [we would] be doing is living on a bus, traveling and eating at Denny’s too much. The best part about shows is going around the country and getting to perform.

What was the inspiration for your most recent album Off to the Races?

THORNEWILL: It was sort of all over the place but because we were playing these Queen shows, some of the Queen influence seeped into the record. Mostly, we went [into the studio], got creative and made some pop songs that we really liked. [We] took some risks and ended up with a record we really love.

What was the process of creating the album?

THORNEWILL: Tommy and I, for the most part, write on our own and arrange the songs, demo them [and] get them to a place where it sounds like a real song. Then [we] bring it in and, as a band, [we] tear them apart. Then we take it to a producer, tear it apart again and record it. We try to always have a song or two that can fit on the radio and can be singles, then the others are just ‘Let’s get weird, make some cool music and see what happens.’

What should fans expect from you in the next year or so?

THORNEWILL: We have some festivals this summer. We are doing a show in Louisville with a full orchestra and while this is all happening, we are going to work on the next record.

How would you describe the Chicago music scene, being from D.C.?

THORNEWILL: We love Chicago. It was one of the first cities outside of the East Coast that got big for us, and it was actually at Metro where we sold out [the show] in Chicago for the first time. We have this relationship with Chicago where it feels like one of our hometowns.