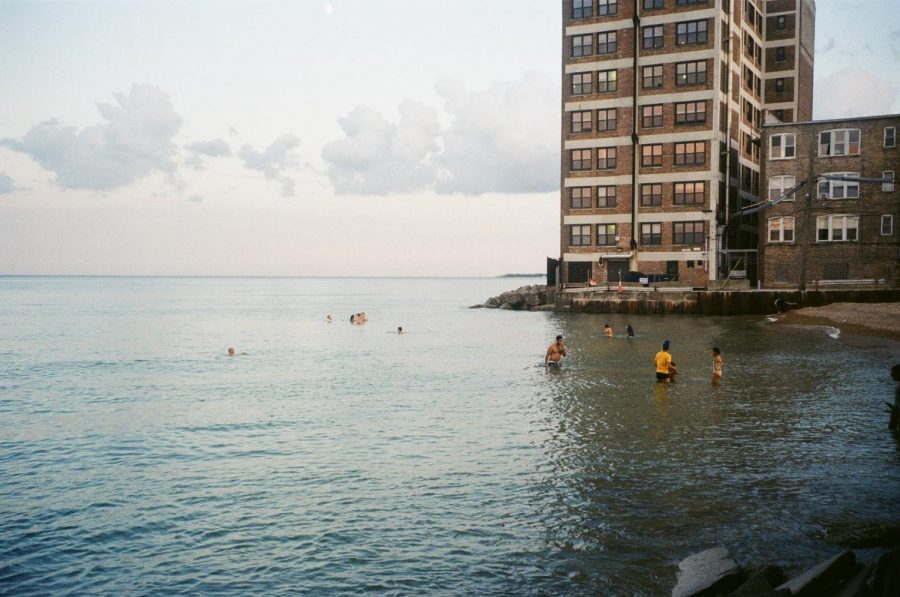 Iman Music and Leah Schiffman were at the park one evening during the summer when a casual conversation pushed them into action.

During a socially-distant picnic, they discussed an idea for a photo project that Schiffman had wanted to pursue for years. During a brief period of silence, they both looked over at another section of the park where they witnessed a handful of kids playing.

It was in that moment it finally hit them: They would start an interview-based photo series centered in Rogers Park, the far North Side neighborhood where they grew up.

“We looked around the park, and there was every kind of person you could imagine,” said Music, a senior marketing major at Columbia. “West Rogers Park has a large population of Orthodox Jewish people. There [were] young boys in yamakas and young girls in hijabs. Everybody was just enjoying themselves together.”

From there, Schiffman and Music made a Google Form survey for Rogers Park residents to fill out as part of an interview series, which was shared on both of their personal Instagram accounts. The response they received was “pretty significant,” Music said, and with that, their photo interview series, “Residents of Rogers Park,” was born earlier this month.

Schiffman said she searched for people who grew up in the neighborhood to interview, take their photo and then write stories based off of the interviews, which appear on the photo series’ Instagram page.

All of the photos are taken outdoors, with everyone wearing masks and social distancing, Music said.

The Instagram page includes the written up stories and separate posts that provide context about the neighborhood. Only first names are used in the series.

“Rogers Park is home to people from all walks of life and from at least 80 countries, all coexisting within the boundaries of this Northside Chicago neighborhood” one post read. “Despite these differences that often divide us, the people of Rogers Park make a point of celebrating their diversity and community.”

Schiffman, who is currently a student at the University of Minnesota, said starting this project in the middle of the pandemic has allowed her to reconnect with the neighborhood and the city in a way she had not been able to in a long time.

Schiffman said most of the people she asked to interview were receptive and enjoyed the idea of the project. Even if they declined to be interviewed, she said they did so in the “nicest way possible.”

Schiffman said Rogers Park is one of the few communities where people “want to know their neighbor,” and that its residents co-exist with each other in a way that is not often seen in other neighborhoods.

“I think I wanted to show personally with this project what a neighborhood in the United States should be,” Schiffman said.

Music said growing up in a diverse neighborhood also helped shape her worldview and that her goal for “Residents of Rogers Park” is to bring the community together during a time when it is hard to do so.

“I want people to understand the importance of knowing your community, and of talking to the people in your neighborhood, whether they’re the same age as you or whether they’re 50 years older,” Music said. “Just being able to maintain that human connection in a time where it’s super impossible and super dividing.”