Opinion: Why filmmaking in the midst of a pandemic matters 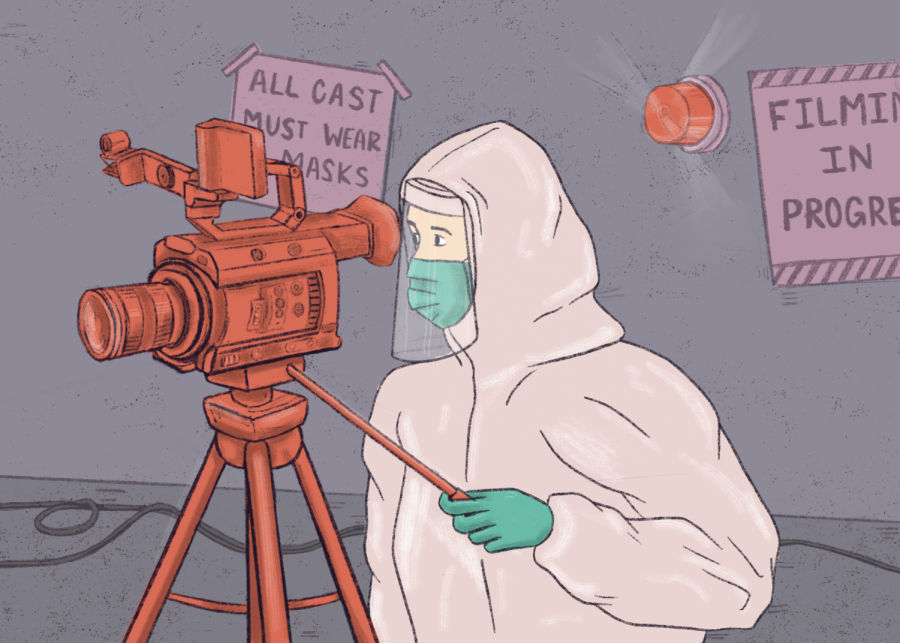 I started to pursue my dream of filmmaking in the middle of the coronavirus pandemic. My dad told me if I wanted to make movies, there was no better time than now because if I only ever talked about it, it would only be a dream.

I connected virtually with the indie filmmaking community when Chakka Reeves, an internship and career advisor for the Cinema and Television Arts Department, directed me to the Mezcla Media Collective, a Facebook Group for filmmakers who are women and non-binary BIPOC.

The club encouraged me to support the projects of other members and provided resources like Canva, a website that helps you make ads and flyers for casting calls.

One of the women I connected with was Caprice Williams, who has been involved with the MMC and filmmaking for two years. She has worked on various filmmaking projects and is now in the process of creating on her own film, “Journey.”

Due to the pandemic, her production has been slowed down and the film is currently being cast.

“Journey” is about a Black woman, Magnolia, who takes a spiritual journey to heal from past trauma. Her journey focuses on African spiritualism, with the use of natural ingredients like sage to help the character’s spirit cleanse, Williams said. It is a different approach from many Black films that often focus on the Christian church as a source of spiritual healing and breakthrough.

As I started putting together my own film, production during the pandemic presented me with additional challenges to an already daunting process. Aside from washing costumes after every scene, sanitizing props and reminding my cast to wear masks, there were other hurdles due to businesses only recently reopening.

But, it was important for me to roll with the challenges because watching a film is a virtual escape from reality. When doing so, one can forget the outside world for a moment and instead embark on a journey through the characters.

Filmmaking is especially important now because it also provides an escape for actors as they become the characters and submit themselves to a fantastical reality. The risk is worth the outcome and this kind of mental break from reality is necessary.

When I began filming, potential sites were unavailable due to a lack of staff available to accommodate an entire cast and crew, while other sites lacked a use of escalators to control the direction of foot traffic. I had to use my own house and public spaces like parks for filming because they were more accessible and a safer environment for my cast.

Williams said she created a budget for cleaning products such as masks and sanitizer, as well as additional transportation for her cast members to coronavirus testing sites. Not only does she have additional expenses, but everything takes more time.

“[COVID-19] adds at least a few extra days [to production] and about a few hours just to sanitize each scene,” Williams said.

Willams has also dealt with roadblocks in assembling a cast and crew, such as her previous director of photography leaving the project entirely.

Though filming during a pandemic might not seem worth it, creating my first short film was the highlight of my summer because I got to interact with my friends, try something new and make new professional connections.

Williams said she was pleasantly surprised to find friends and actors willing to work with her on the project during this time as well.

“It seems like we’re in a Depression or recession, but greatness is being built out of it despite [the challenges],” Williams said.

When working on own my film, I get lost in a world different than my own. I’m invested in the plot I created of a modern ’90s fairytale where the protagonist finds out her mom is actually a fairy queen.

The resilience of the filmmaking community points toward the need for storytelling in a time where such pervasive social issues are everywhere. Movies provide shelter; a break from the world’s problems for a few hours. The show must go on for the sake of the audience and those behind the creation of the film.