Opinion: War can change if you want it to 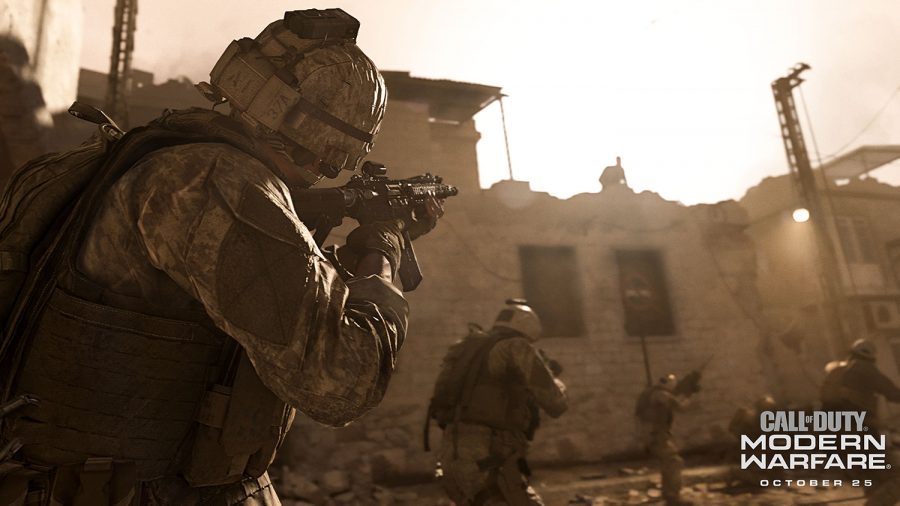 Another year means the release of a new Call of Duty game, and as with almost every game in the franchise, this one is not short of controversy. Released Oct. 25, “Call of Duty: Modern Warfare” is already under fire after the game was accused of rewriting history to blame the real-life, controversial U.S.-led attacks during the Gulf War on Russians.

When the 2019 game was announced back in May, Jacob Minkoff, campaign gameplay director and design director at Infinity Ward, explained the campaign delivers “the most authentic and realistic game” the game’s developer, Infinity Ward, has ever created.

In the game, the mission, “Highway of Death,” puts the player in the shoes of Alex, a CIA agent embedded in a pro-U.S. militia whose objective is to ambush Russian forces in a valley of burnt-out vehicles set in the game’s fictional country Urkistan.

Before the mission begins, the rebel militant leader, Farah Karim, gives a brief history of the area, explaining how the valley earned the name “Tariq Almawt,” or “the highway of death” which replicates a real highway that runs between Kuwait and Iraq, otherwise known as Highway 80. According to the game’s dialogue, Russian forces bombed the main road while people were fleeing from a nearby town that was under invasion.

Here is where the issues begin, this game is the most recent installment of a series that is mostly fictional. Not only were these attacks real, but they were actually carried out by the U.S. military.

On Feb. 26, 1991—toward the end of the Gulf War—U.S.-led forces drove Iraqi troops out of Kuwait, then bombarded vehicles between a two-mile stretch of Highway 80, north of Al Jahra, Kuwait.

The attacks left upwards of 500 people dead, according to the Project on Defense Alternatives—a company that conducts defense policy research and analysis. However, it is still uncertain how many civilians were among those massacred.

In the game, the details were far too similar to be a coincidence. Details such as how a majority of the burnt-out vehicles in the mission are civilian and how white flags that were used to check the wind direction seem to be referencing eyewitness reports from the actual events where Iraqi soldiers held up similar flags to surrender, according to an Oct. 29 article by Eurogamer, a video game journalism website.

While people on social media pointed out the jarring similarities, others were quick to say that Infinity Ward’s revisioning preserves the U.S. as the “good guys,” and contributes to Russophobia—a fear or dislike of Russians.

To me, Infinity Ward’s decision to revise the narrative of the crimes doesn’t feel like it was directed at Russia, but it does feel like a missed opportunity to show a wide audience the realities of war.

For a game that’s aimed at confronting geopolitical issues through an ethically gray perspective, it still shows the United States’ denial when it comes to its military past with other countries.

It’s understandable the game would want to separate the reality of the event from the gameplay, but since it used the name “Highway of Death” and other indicators from real-life reports, it is all too clear what the game was getting at.

Modern Warfare itself is a critique on rules of engagement in today’s age, so it would have been nice to see Infinity Ward tackle the events directly, instead of using some gimmicky trope.