Opinion: The fight to criminalize abortion is about religion, and as a non-Christian, it’s a violation of mine 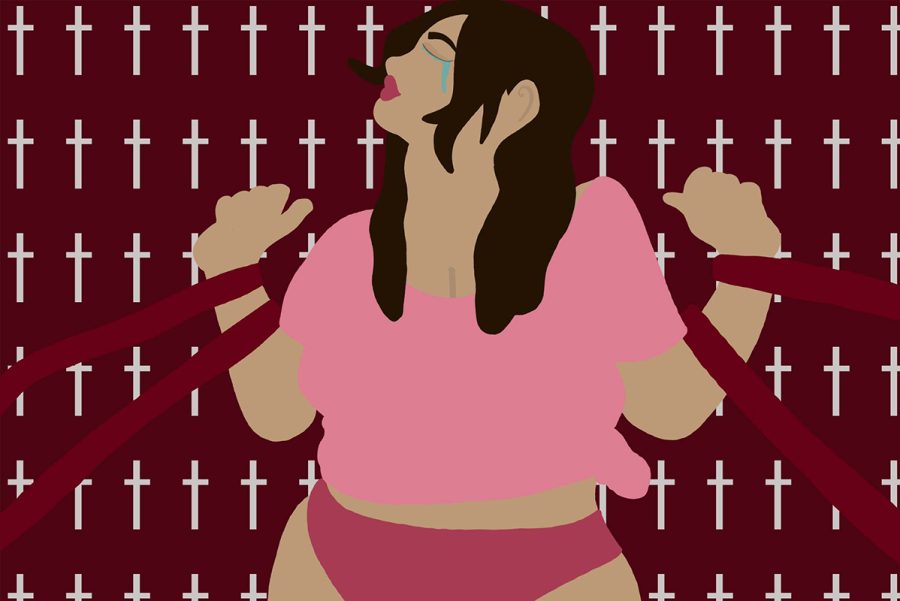 Whether it has been on social media or on protest signs, the fight to make abortion permanently legal has never ceased since the birth of Roe v. Wade in the ’70s. One thing remains the same in the fight: opposition in the name of Christianity.

Under the First Amendment, all citizens are protected on the basis of freedoms of speech, press, assembly, the right to petition the government and ah, yes, the right to practice one’s own religion, or no religion at all.

So, when the Texas legislature announced that they would fight to criminalize abortion in the state with Senate Bill 8, pro-life signage made its way into the news.

“Jesus was pro-life,” “pregnancy is not a sin,” various signs read, along with Bible verses, quoting everything from Matthew to John. Heat crossed my body as I tried to wipe away the disbelief from my eyes, as if it really would have been that easy.

What about those who are not Christian? Despite church and state being (questionably) separated in America, U.S. representatives cite religion when abortion comes up. Red and blue politics aside, Christianity has been the voice at the center of the abortion debate, despite the number of Americans identifying as Christian falling 12% from 2011 to 2021.

In the end, other religions often get lost in the mix. If the procedure were to become illegal within the walls of the U.S., it would only further the idea that the country is Christocentric, rather than the cultural melting pot it claims to be.

In Judaism, the Talmud acts as a central text regarding all things Jewish law and theology. The book touches on everything from birth to death, prayer to livelihood and ethics to loving others. The Talmud also preaches that all life is valuable, yet a fetus is not a “life” within itself.

The Talmud considers a fetus “mere water” and is thought of as a physical component to the carrier’s body, not yet having a life or independent rights of its own.

The National Council of Jewish Women is a grassroots organization that strives to improve women’s and children’s quality of life, as well as ensure their personal rights and freedoms.

The organization noted that Jewish values affirm that the existing life is “paramount” in all stages of pregnancy and should not be put in danger for the life of the fetus.

“A fetus is not considered a person under Jewish law and therefore does not have the same rights as one who is already alive,” one of the organization’s resource pages said. “The fetus is not viewed as separate from the parent’s body until birth begins and the first breath of oxygen into the lungs allows the soul to enter the body.”

Given that Jewish laws clearly define what goes into the life of a fetus, and lack thereof, why should a Christian representative dictate how I practice my religion, even if it is regarding an issue that has been politicized and distorted into controlling women’s bodies?

Even if the rationale for restricting or criminalizing abortion were religious, how could a representative claim they are fighting for my rights, while impeding on my right to exercise my religion to its fullest?

If God really gave humans the gift of free will, regardless of religion, then I wonder what it means that the majority of Americans believe abortion should be legal.