Opinion: Support the DDD-cup: End the stigma of large breasts 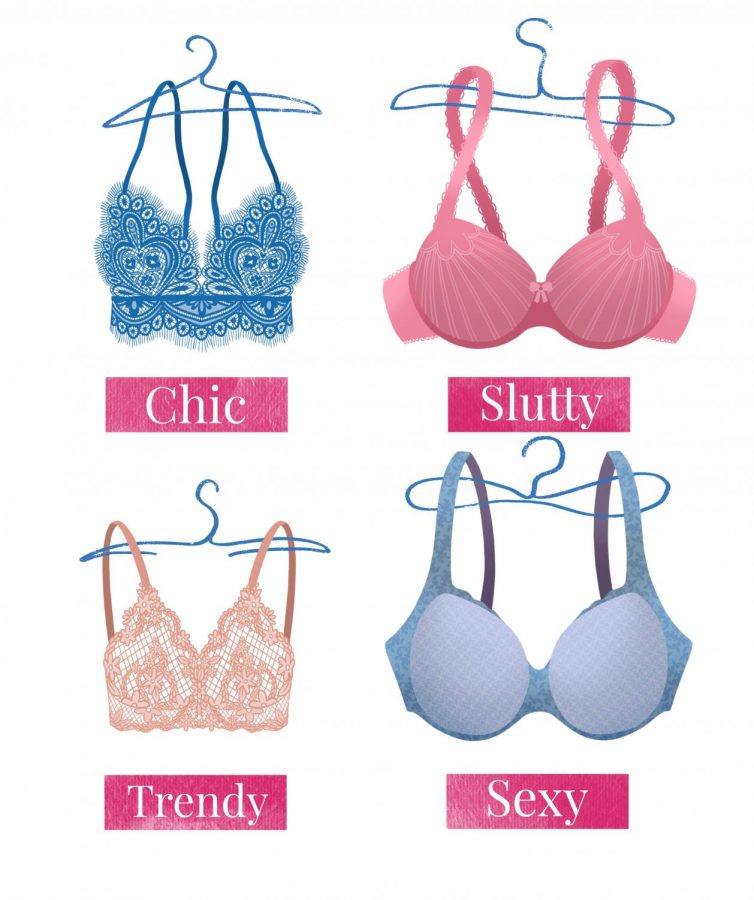 Small breasts are not sexy, right? With an A-cup, there is nothing to look at, nothing to hold. Large breasts are where the sex appeal is, right? That is why, in 2018, the American Society of Plastic Surgeons reported 313,735 breast augmentations in the U.S. in a plastic surgery statistics study, right?

People with small breasts can wear a deep cut or sheer shirt to work, school or anywhere and catch little flack for it, while people with large breasts must cover up or otherwise be considered unprofessional or too sexual.

Throughout our daily lives and in our media—movies, art, TMZ—examples abound, showing how breast sizes sit on a line graph, one side starting at “chic” with A-cups and bralettes, and the other side ending with DDD-cups or higher that reads “slut.”

As someone with a B-cup, even in a high school with strict dress codes, I recall only once being asked to put a jacket over a sleeveless shirt. This occurred in a gym class in a brick building on a 90-degree day. However, my friends with larger cup sizes were sent to their lockers to put on gym uniforms on multiple occasions because their shirts were deemed too low-cut.

I suppose the school employees who told them to change cared more about how sexual these teenage children looked than about their education or health on hot days.

But the sexualization of large breasts is not only found in our everyday lives, it is also in the entertainment media we use for escapism.

“Who Framed Roger Rabbit,” the 1988 ground-breaking animation that meshed cartoons with live-action film, features a scene with Betty Boop and Jessica Rabbit, both female cartoons known for their skimpy outfits and sex appeal. In Rabbit’s case, she has bigger everything—legs, hair, heels and breasts—so she is the sexy, provocative songstress who is accused of cheating on her husband, while Boop is the friendly waitress.

Rabbit becomes the star for her looks, but at the same time, she is demonized.

Children watching this may internalize this demonization and grow up thinking that because someone might have features that attract the male gaze—like large breasts—they are allowed to be mistreated because they could “have anyone they want” and use these features to get them, which is how the other characters see Rabbit.

In real life, people with large breasts cannot wear a supportive bra in public without either getting catcalled or told to cover up because of the sexualized stigma that comes with that body type.

It is worth noting some people love how sexy their breasts make them feel. However, that is a decision for them to make. If they want someone to compliment them on their sequin push-up bra, they should feel empowered to let that person know through words or actions—“Isn’t this the sexiest thing you’ve ever seen?” Otherwise, their breasts are their business.

Breasts are not just boobs or titties or chichis or tatas or jugs. They are the chest of a person and underneath are the organs they use to breathe and pump blood through their body. The time to stop stigmatizing large breasts is now.

After all, breasts are only a small part of the person they belong to.