Opinion: Stop buying video games from companies that rip you off 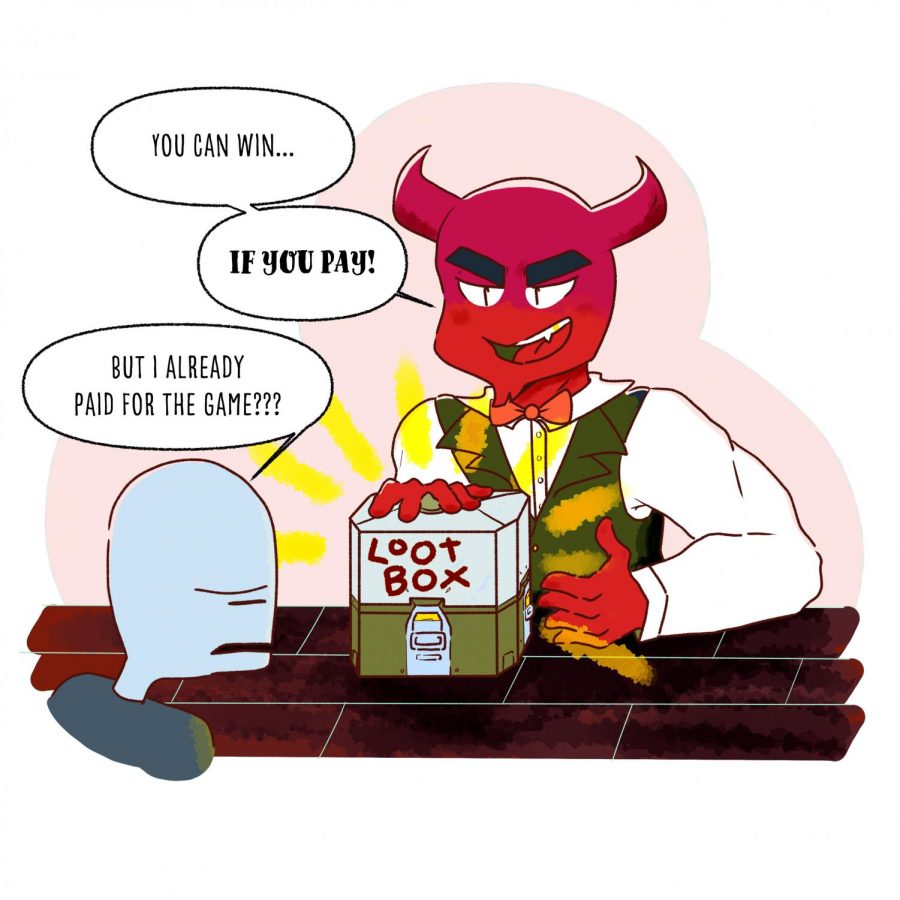 Video games are one of the most popular forms of entertainment in the world, providing a sense of immersion and escape. More than 164 million American adults played video games and the industry raked in upwards of $43 billion in sales during in 2018, according to the Entertainment Software Association in its latest report. However, with the release of many modern video games, the issue of over-monetization, microtransactions and pay-to-win systems threaten the future of the industry.

A pay-to-win microtransaction is a system that involves the use of real money to purchase in-game currency, better items and gear or weapons to improve the gameplay experience. Pay-to-win systems are designed to give an unfair advantage over players who choose not to purchase and as a way to incentivize others to buy.

These systems are prevalent in mobile gaming, which is where they originated. Microtransactions have been around since at least 2010, only two years after the Apple App Store officially launched on the iPhone. Many games on the early App Store began with a low purchase price of $0.99 or $1.99. The hesitancy from consumers to spend money in the App Store resulted in the shift to “freemium” games, which are free-to-play games with microtransaction systems. App developers knew apps couldn’t cost the same as console games, so microtransactions became the only way to make money. Since then, these systems have seeped into the full-price console and PC games, as well.

Like any other kind of game—whether it is a sport or hobby—the ability to be a good player involves skill and practice. Putting in the time to become better is always the way to go; this is how video games have always been and how they should remain.

The mobile game “Mario Kart Tour,” released Sept. 25, 2019, has a particularly egregious system where players can get a “gold pass” subscription for a monthly price of $4.99 that gives players better rewards for completing races, exclusive vehicles, equipment and access to more challenging races. The game’s in-game currency, “rubies,” also carries a hefty price tag. Just three rubies cost $1.99, but players can purchase up to 135 rubies for $69.99, a higher price than most full-price console games at release. While yes, this is a mobile game, I expect better from a prominent developer like Nintendo, who previously stated they did not want excessive microtransactions to hurt their “family-friendly” image, as reported March 6, 2019, by The Wall Street Journal.

What makes these microtransaction systems even worse is that they are often tied to a loot box system, or a random collection of items that you can use cosmetically or functionally in the game.

The main reason loot boxes are such a problem is that they are essentially simulated gambling. Their contents are random and the chance to get the most valuable items makes this system extremely addicting. Many young kids play video games, as well, and the implementation of these loot box systems can introduce them to gambling at a young age.

My friends and I used to play the team-based multiplayer third-person shooter “Overwatch” every night in high school. “Overwatch” often has seasonal events where exclusive goodies would only be available for a limited time. I poured hundreds of hours into “Overwatch,” especially during these events because I wanted all of the rarest items. If it was nearing the end of an event and I still had not gotten the items I wanted, I grew impatient and purchased loot boxes until I finally received what I had been waiting for. I’m ashamed to say I easily spent more than $100 on loot boxes in “Overwatch.” The decision was short-sighted as I, and many other players, now have no interest in playing “Overwatch”—rendering all of the money and hours spent playing completely useless.

What is the solution, you ask? How do we stop all these greedy corporations from polluting our favorite games with these terrible systems? It’s simple: Stop buying them.

While game developers must make a profit on the games they make, it should never be at the cost of fun, and nothing speaks louder to a corporation than profit loss.