Opinion: Reading between the lines is crucial in the 2020 election season 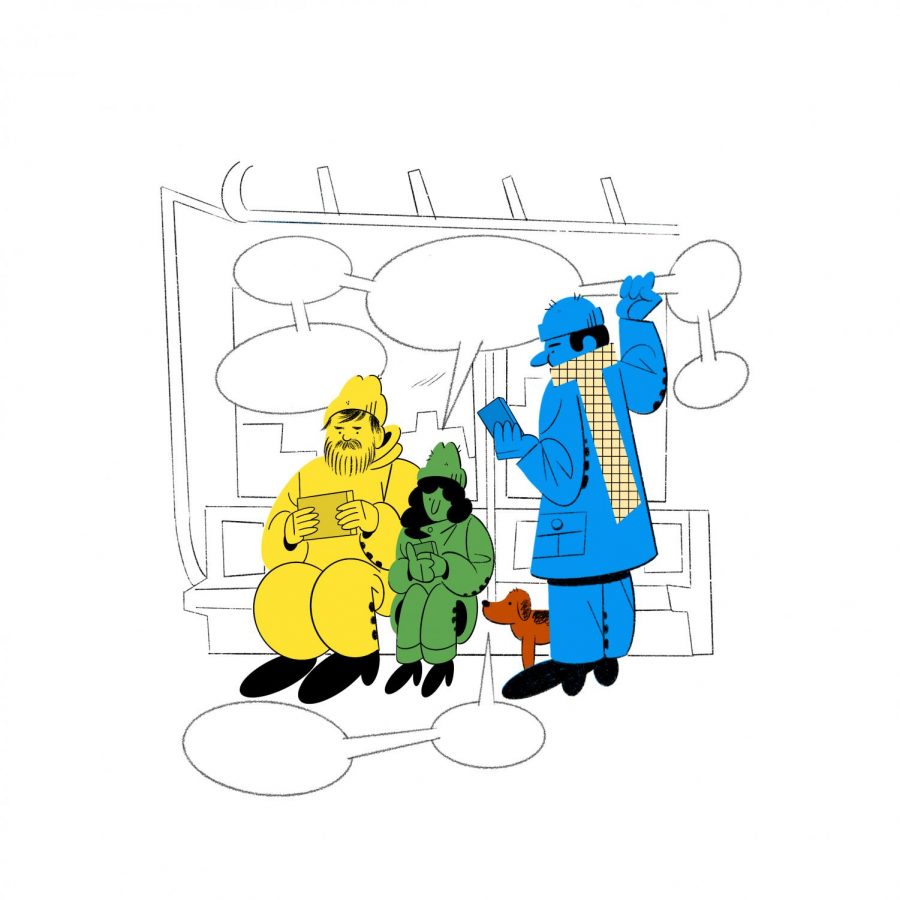 “We know who got us to this point,” said Democratic presidential candidate Andrew Yang from the stage at the University of Illinois at Chicago’s Isadore and Sadie Dorin Forum. “It was not the media companies. It was not the folks in D.C. who are planning years in advance. It was us, it was you, it was the people of this country.”

As the crowd erupted into loud “boos,” the hostility was palpable. Members of the media crowding the press pit paused, exchanging uncomfortable glances before continuing to cover the event.

Being included under the “media” label during that Yang rally in December 2019, this incident particularly stuck with me. However, such occurrences are in no way uncommon. In an increasingly polarized political climate, a strong dislike and distrust of the media can seem like the only sentiment that remains bipartisan.

President Donald Trump popularized the term “fake news” during his 2016 presidential run, but politicians across party lines continue to adopt rhetoric that only fuels that distrust among their supporters.

In 2018, the Knight Foundation published a survey that found that 95% of conservatives lost trust in the media over the past decade, but so did 75% of independents, 66% of moderates and 46% of liberals.

Trump is the most aggressive when it comes to discounting journalists, having gone as far as calling the media “the enemy of the people.”

However, countless Democratic candidates—Yang, Sen. Bernie Sanders (I-Vt.) and Rep. Tulsi Gabbard (D-Hawaii), to name a few—have also voiced their distaste for the media, in many cases citing biased and unequal coverage as the source of their frustration.

Such finger-pointing may be great for raising morale at rallies, but it’s useless when it comes to uncovering the truth. Rather, its resurgence suggests we have learned nothing from 2016.

As a journalist, my bias on the matter is clear. That being said, this is not an appeal for people to blindly trust every news story. My belief in the media’s ability to defend the interest of the people does not mean that everyone gets a free credibility pass.

“Fake” news does exist. It’s produced by both deliberately unfair outlets—Breitbart News and AlterNet being among the worst—and clickbait ads made to seem like they are legitimate articles when in reality they are produced by individuals with less-than-pure intentions.

At the same time, even well-intentioned media outlets—like any other organization—is prone to mistakes.

Notably, CNN omitted Yang from a list of top candidates despite his polling a 3%, replacing him with former 2020 presidential candidate Beto O’Rourke, who at the time was polling at 1%. This debacle caused Yang’s supporters to claim the media was engaging in a conspiracy to block him out of the press.

Rarely do these issues have to do with a dark conspiracy, as some politicians often suggest. Rather, such fumbles are often results of unchecked bias or simply poor reporting.

In the age of digital, when anyone can publish anything instantly, it’s unrealistic to expect pure truth from all media. Hence, it’s more important than ever that we practice active news consumption and learn to read between the lines.

The basic guideline of “Don’t believe everything you read online” still applies, but the importance of actually reading the text of whatever story you’re sharing, beyond the headline or 280 character-count, cannot be overstated.

Past that, looking for attribution when certain facts are presented is also crucial. Because of the saturation of the news industry, it usually doesn’t take much more than a quick internet search to confirm or deny a claim.

Being wary of social media as a news source is perhaps the most important precaution, as it is where fake news commonly spreads. A particularly infamous Facebook article gone viral claimed Trump had won the popular vote in the 2016 election when Hillary Clinton had actually done so comes to mind.

Just owning a Twitter account has subjected me to more than enough exposure to this phenomenon. Not a day goes by that someone doesn’t retweet a questionable news story onto my timeline.

Platforms like Twitter and Facebook are curated to individuals, which can cause people to live in a bubble that warps perception. Questioning what we are told, even when it aligns with our beliefs, is the only way to protect our right to know.

With that in mind, ensuring that we are consuming media from a variety of sources and outlets is also important to make sure we have a complete understanding of what’s going on. While good journalists do their best to be fair and balanced, they do keep in mind their audiences when choosing stories.

Applying strategies such as these and acknowledging our own shortcomings as readers is how we will salvage our understanding of current events, not by dismissing all journalism outright.