The Columbia Chronicle • May 14, 2020 • https://columbiachronicle.com/opinion-pritzkers-release-of-inmates-during-pandemic-is-headline-bait

Opinion: Pritzker’s release of inmates during pandemic is headline bait 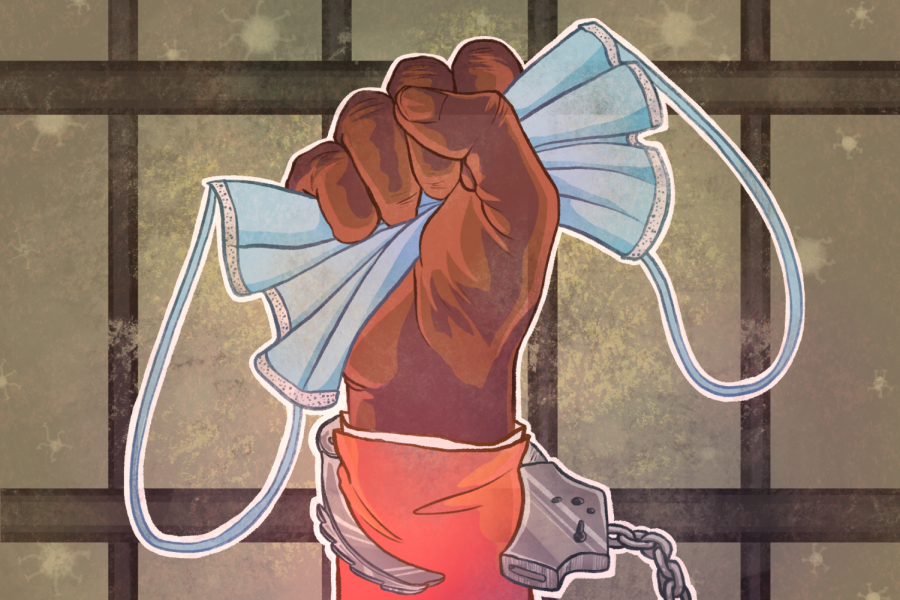 When an uncontrollable factor—such as a global pandemic—is released into prisons that already experience overcrowding nationwide and house hundreds of humans deemed criminal by the state, widespread illness and human rights violations inevitably skyrocket.

Prisons often lack the infrastructure to curb the spread of diseases within their concrete walls, meaning alternative measures must be taken to lessen the ability of infection to spread.

This is why Gov. J.B. Pritzker signed an executive order April 6 permitting “medically vulnerable” inmates to be furloughed—or temporarily released from prison—as long as the disaster proclamation for the virus is in effect. The Illinois Department of Corrections issued a list detailing 4,000 inmates who were either released or were already scheduled to be released as of March 1.

However, the governor’s decision to commute these sentences—no matter what side of the political aisle you sit on—is not as radical as one may think.

“About 3,200 of those people were released because their sentence ended,” said Jennifer Soble, executive director of the Illinois Prison Project—an organization that advocates for those incarcerated through direct representation. “They were not released early—they were just released. But that’s the rough turnover rate every month in Illinois.”

As for the remainder of these inmates listed by IDOC to be released, the majority were within 30 days of their originally-scheduled release date anyway.

While news outlets around the state ran headlines centering on violent criminals being released back into society, most neglected to mention many of these individuals had already served their court-ordered sentences. Though many may believe their safety is in danger because of this, they are no more at risk now than they are any other day.

These headlines also led me, someone who is not only critical but condemnatory of the prison system, to believe that tangible action was being taken to release people from institutions that stay afloat by the mass confinement of humans. But this is falsity and an unrealistic expectation to assume any politician would rise above the status quo.

However, keeping the status quo also means the life of a recently released inmate is much the same as it was pre-pandemic.

“When someone gets released from prison, as a general matter, they are still on supervised probation,” Soble said. “And many people, upon being first released, are put on home confinement … [which] might not be the worst. However, those who have been incarcerated for a long time … it’s really hard right now to access services.”

In the midst of a pandemic, with various public places and services closed, it will likely be difficult for the recently released to assimilate back into society. Those in older demographics or those who are susceptible to the coronavirus, therefore, might find trouble navigating freedom without assistance.

“People are under a tremendous amount of stress, and that always makes things a little bit more difficult,” Soble said. “Nonetheless, it is significantly better than being in prison, of course. And they are significantly safer when not in custody.”

Nevertheless, this is not the time to thank the governor or IDOC for doing the bare minimum to weed out prisons while many still sit in a petri dish of infection. Chanting again and again that these are human lives that deserve more is frankly played out and has become white noise to those who profit off of incarceration.

If the government cannot recognize, in the face of a highly contagious and deadly pandemic, that people—regardless of how much or how little of their sentence they have served—need to be released and provided with the necessary services they need to have a shot at surviving, then the system is just as cruel, torturous and uncaring as we know it to be.

Groups that are taking legal action, such as the Illinois Prison Project, do mean that. Activists who send around petitions and use their voices and their freedom mean that. If we want to be a part of justice, we would mean that, too.

If you want to play a role in this change, sign this petition, or ones similar to it. Justice won’t be achieved by those who have already mismanaged criminal justice—it takes all of us to change the narrative.