Opinion: Having a twin is a life-long journey 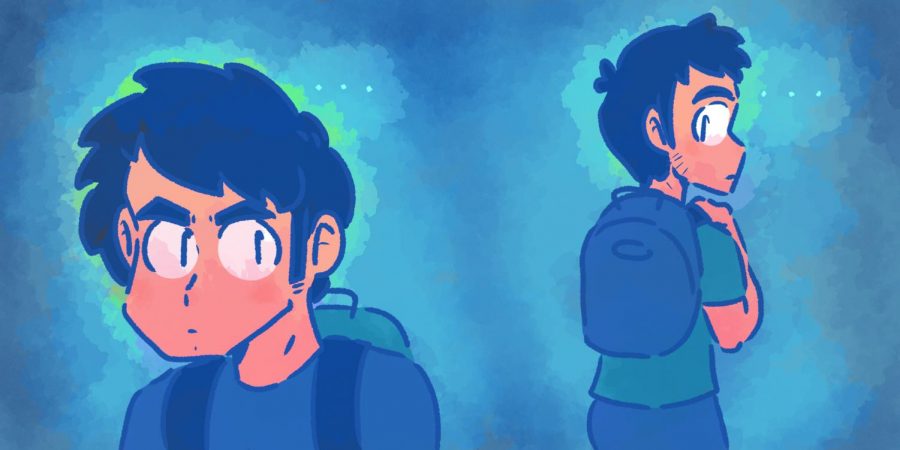 “BFF” is an acronym used to describe our forever best friends. For me, it’s a term I have never used for anyone in my life because my standard for a best friend was set very high by someone that surpasses that title—my brother Simon, my fraternal twin.

Despite being fraternal, we look similar to the point that people believe we’re identical. Both of us have similar personalities and hobbies, so we grew up with nearly identical experiences. We knew what was going on in each other’s lives 24/7, and always having each other to rely on gave us great comfort, but it became both a blessing and a curse.

For me, I became so comfortable with my brother always there to support me that it became difficult to step outside of that comfort zone. I was the quieter one between the two of us, so I made few friends on my own. He helped me make friends—we even ended up sharing the same friend groups growing up.

As twins, typical interactions with others include people staring at us, asking which one is which, discussing our similarities and differences and, most commonly, asking whether one of us feels pain if the other is hurt—the answer is no; we don’t.

I became familiar with these interactions, and as the shy twin, they always made me wonder what makes me different from my brother. In most aspects of life, having someone to compare myself to bogged me down.

As time went on and as I grew as a person, I began to find confidence in myself, and I tried to find things that made me feel confident—such as my abilities to observe tiny details and my love for art. It wasn’t until we graduated high school that I found myself growing the most.

Separation was anxiety-inducing, but it also pushed me to step outside of my comfort zone. My brother went to Northern Illinois University to study accounting, and I went to Elgin Community College to explore my options before committing to a four-year college at Columbia.

While I was at home in Elgin with my brother away at school, I had to make decisions on my own, like what to watch or what food to order. With encouragement from my parents, I was able to get my first job as a bakery clerk and cake decorator at a local grocery store, and I improved in school and decided my major—graphic design.

As I started at Columbia, I finally felt what it was like to become an individual. Nobody asked me about my brother, where he’s going to school or how different we are—they were talking to me, for me.

Dr. Barbara Klein, a psychologist and twin herself, has written about a similar experience, and said, “Anxiety and depression about missing your twin is normal. … Loneliness that twins experience is impossible for non-twins to understand.”

Now, I can say separating from my brother in college was the best thing for us as siblings. The separation means we have more to talk about, we both expanded our social circles—and share them now, too—and when we see each other, it feels more exciting than ever before. We have grown up together as brothers, twins and BFFs, but this separation is why I’m able to confidently say we have surpassed the title of best friends.

I can’t speak for other twins, but I believe the bond we share has become unbreakable thanks to the distance life has put between us.